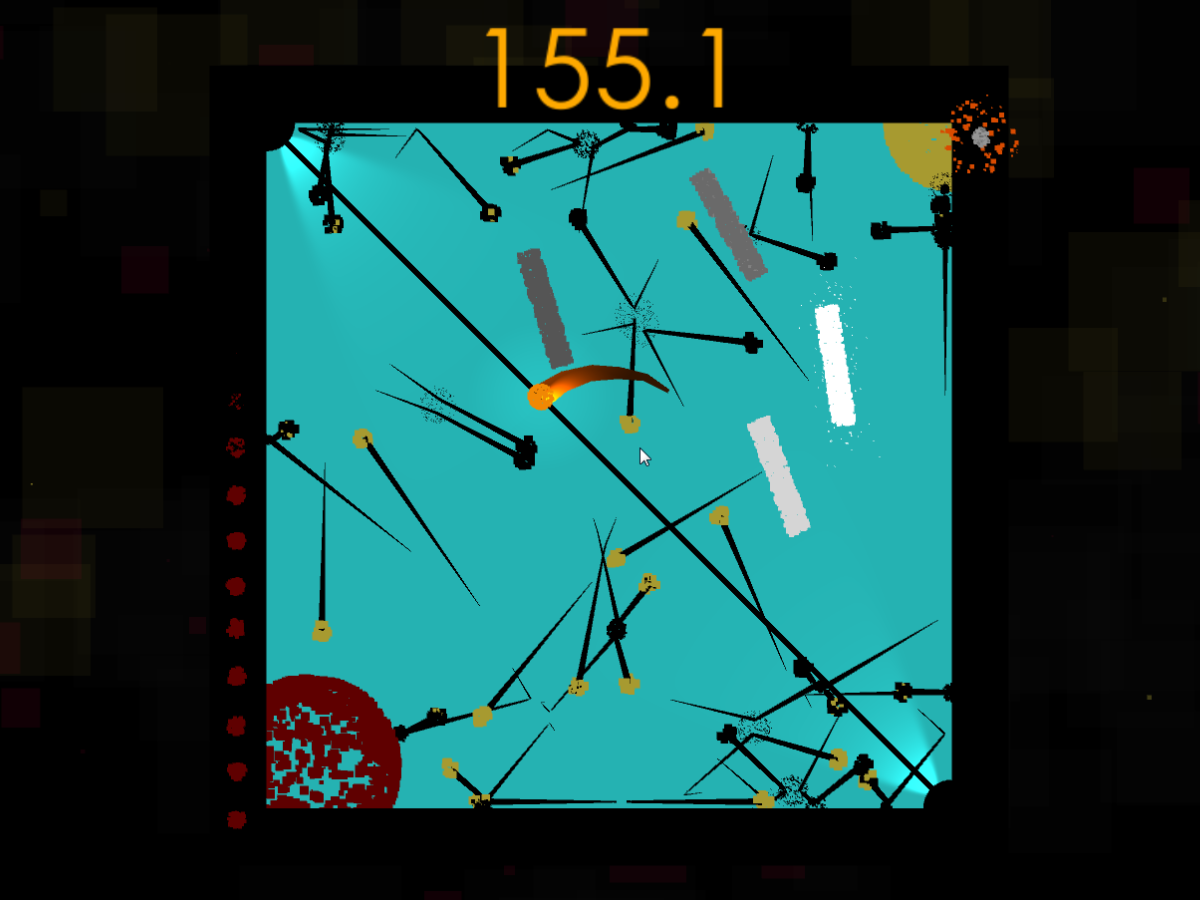 Ok, short update, because I don't have a lot of time to write deeply about it, but I just wanted to write about my first time showing RBRB to people. Actual people, that weren't my friends or family or anything; Just gamers.

It was at a small(ish) Danish game industry event called "SpilBar" (means "Game Bar"(as in: a bar where you drink and talk and stuff)), that happens every few months in Copenhagen. I applied to have my game shown there, and got in (everyone did, to be fair). It is a fairly informal event, so I just showed up with a laptop and a controller and set up on a small table. It is also primarily a networking event so I didn't really know how many were going to be looking to play stuff, but I was pretty pleased with the results. I don't have an exact count but I think around 10'ish people tried it over the course of 2 hours. Here is a general summation of the things I learned:

Also, as a final mention, a lot of people said how this could be really fun as a 2-player competitive game, and I completely agree. That could be really cool. I already have a few ideas about how to implement that, but that's for a little later. First, now Nordic Game Jam is coming up this weekend and I'm planning to show the game there too (this time with a (slightly rushed) tutorial!), so wish me luck :)