Kashiwa Daisuke’s “Stella” is the Best Song in the World.

But really, I know. This is the Best Song in the World

It’s not because it’s the best melody, or the strongest composition, or the best mastering, or the highest achievable in assortments of nodes ever created, or the finest in instrumentation or play ever conceived.
I have no idea if it is any of those things.
It sure isn’t the best dance song. It isn’t the most relaxing song, nor the most unified, most elegant song. It has problems, faults. It stumbles and goes strange places I can’t say I fully love.
Hell, this might not even be the best Kashiwa Daisuke song in the world.

But it damn right Stella is The Best Song in the World.

(he finally uploaded it to an official YouTube - I've had years of having to replace this link, hopefully that's over now!)

But I’m not sure I suggest you to listen to it while you read. If you feel adventurous and got time, go ahead. But you need to carve out space for this one, be a little prepared. I suggest you wait till after, if you’re still interested. Be warned: It’s strange.

So, if I can’t define why it’s the best, why do I insist that it is?

Because it’s me.
That song means so much to me. It is my entire life, encapsulated in 35 minutes, told and retold, rendered and renditioned. My entire being squished and diluted down into a beat and a symphony and destruction of violins.
And it came to me at a time where I had no idea what music could be.

I discovered Kashiwa Daisuke (or as he stylizes it, KASHIWA Daisuke) through an event I can only consider circumstantial, and that you might consider quite random.

I discovered it in High School, alone, in my parent’s living room (they weren’t home), through a StarCraft stream. 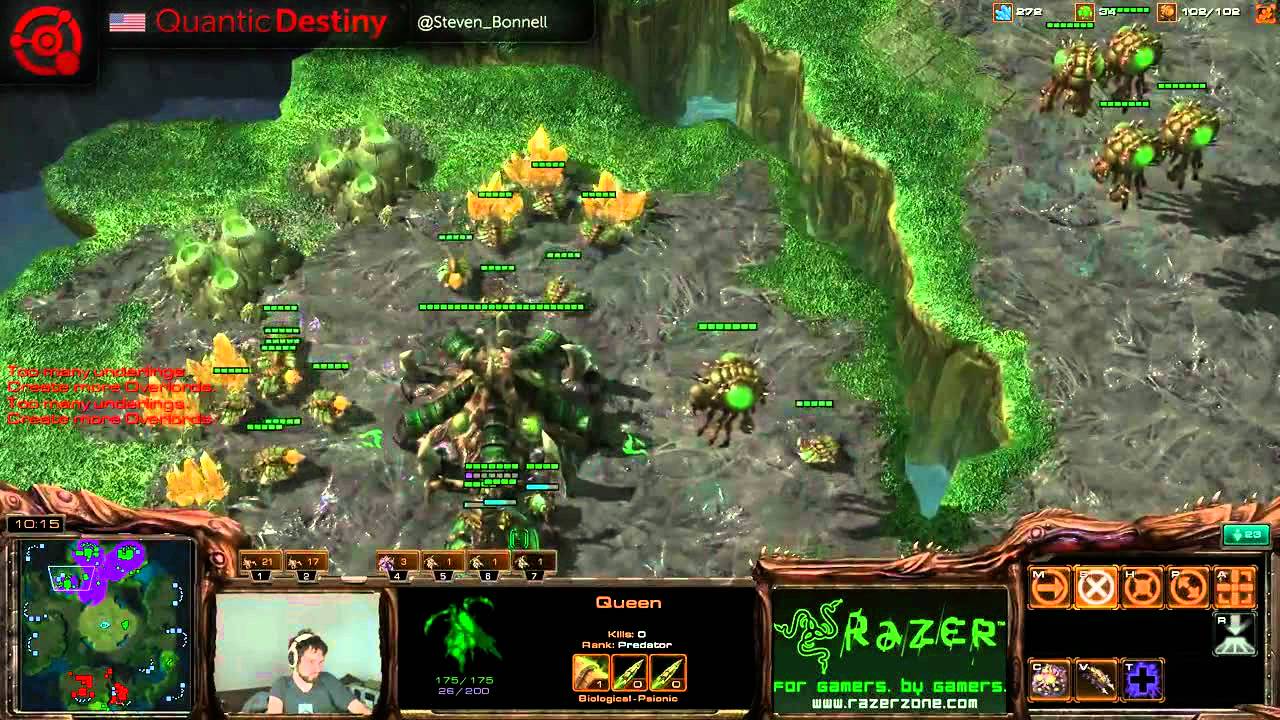 ..In a StarCraft stream, not unlike this one..

A streamer called Destiny (whom I have many conflicting opinions about but one thing I will always love him for is his music), played it in the background while he was playing StarCraft. The opening piano note struck, penetrating the ambient sounds of space war with its now familiar tone.

And at first it was… odd.

If you’re playing the song right now, you’ll know that the opening is strange. It’s a little psychedelic, a little glitchy, and takes a long time to go anywhere. It almost feels like it’s staggering, building up and falling apart inside itself, without ever really amounting to anything you’d call a “song”.

That opening is 2 minutes and 40 seconds long. That’s almost as long as most full songs. 2 full minutes where the song barely is yet. It teases you, tentatively resting at the possibility of becoming a song.

Because here’s the real trick: In full, Stella is 35 minutes long. 2 minutes out of 35 is nothing. 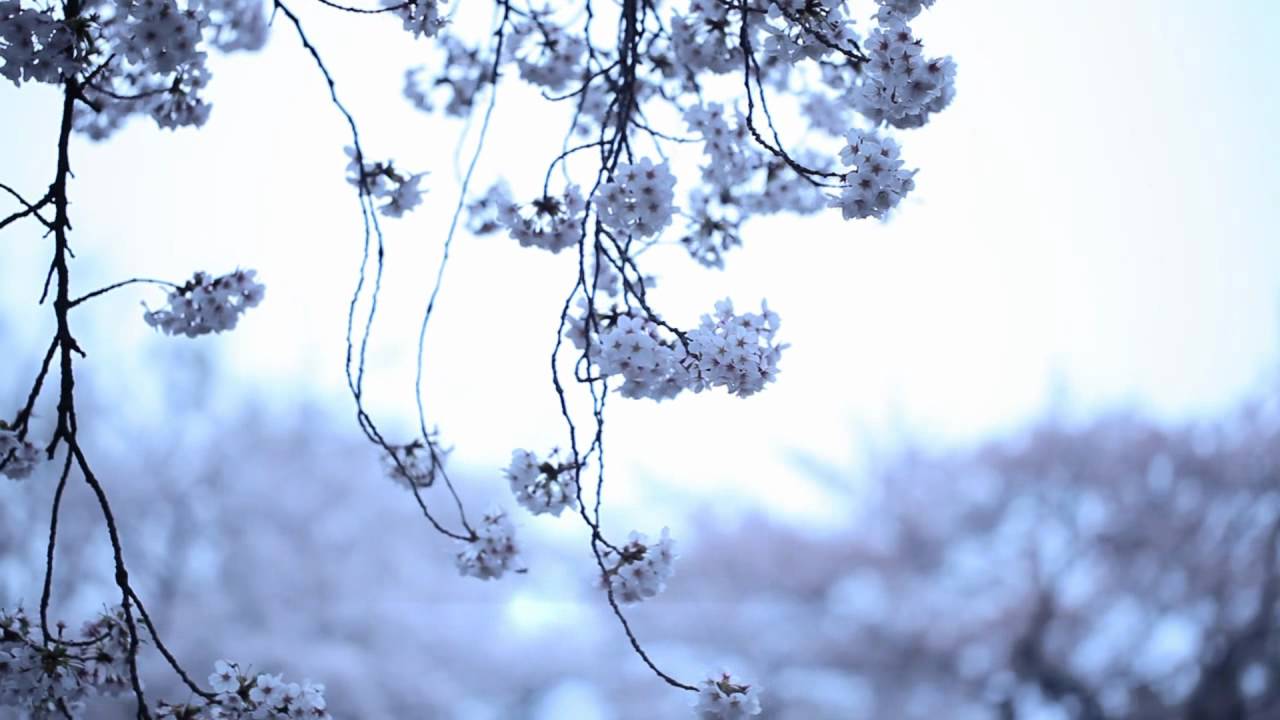 But I kept listening to it, with some faint idea that this was going to change—become something phenomenal. Maybe it was the sample of a train. I’ve always liked the sound of trains. I just needed to fulfill on its tension instead of falling apart.

And then it did.

I sat dead still, the StarCraft stream blaring up on my parent’s projector, covering an entire wall, and poignant, crisp, perfect music danced into the room, flowing in and out of melodies, piano, guitar, drums, violin melding together in a way I had never heard before.
The long intro leads to a build-up, that leads into a crescendo, an explosion at 4:25.

That final drum-fill. [4:21-25] That immaculate, perfect thing. And the strings flying into grab the moment, tearing the whole thing asunder and releasing it upon the world. 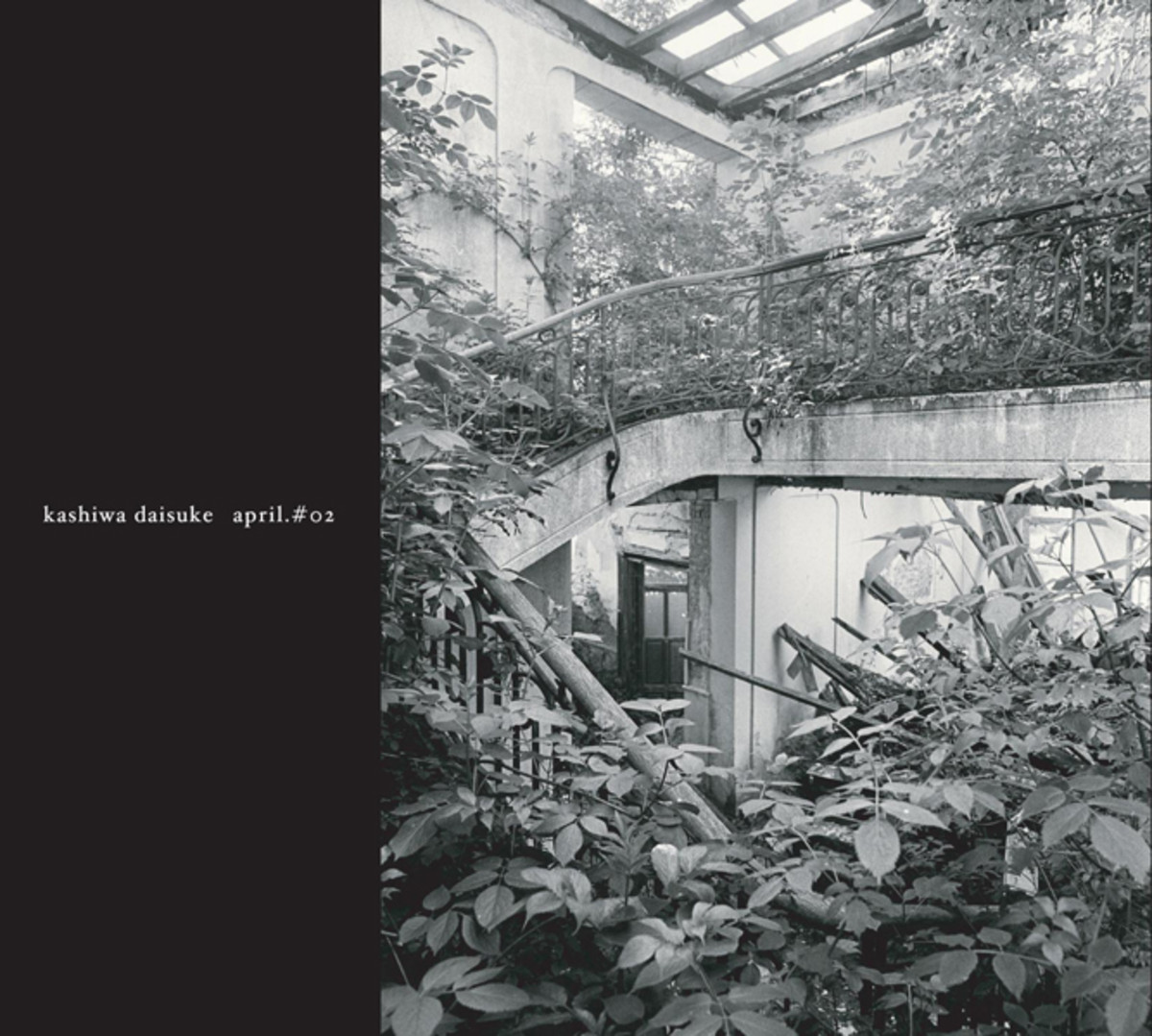 I could go through the whole song, explain in detail how I find each little turn fascinating, how it builds to chaos and revels in quiet for ages before unleashing into a flurry of sound.
But I’ll let you hear it instead. If this intro has in any way piqued your interest, then by all means, take out 35 minutes in your day and go listen to it. It’s worth it.
And yes, the first two minutes ARE weird. They’re supposed to be. And many won’t get over that, and that’s maybe a little sad, maybe it’s fine. I don’t know. But just know that if you give yourself the space to listen to this song, it’ll come to you.

And even if you listen to nothing else, at least listen to [4:58]. The cut that happens right there is insane. How it goes from a full bloom of drums, cellos, violins, pianos into a full stop and is overtaken, in a split second, in a single breath, by the literal sound of a breath, is beyond gorgeous. I get chills every time I hear it. It is probably the closest I will ever get to experiencing a musically perfect second.

I sat still the entire time this was playing, with keyboard clacks, StarCraft battles, and mutterings about strategy swirling in and out aural perception. I have no memory of the games. But the song I will remember forever.

Then I went to YouTube and listened to it again. 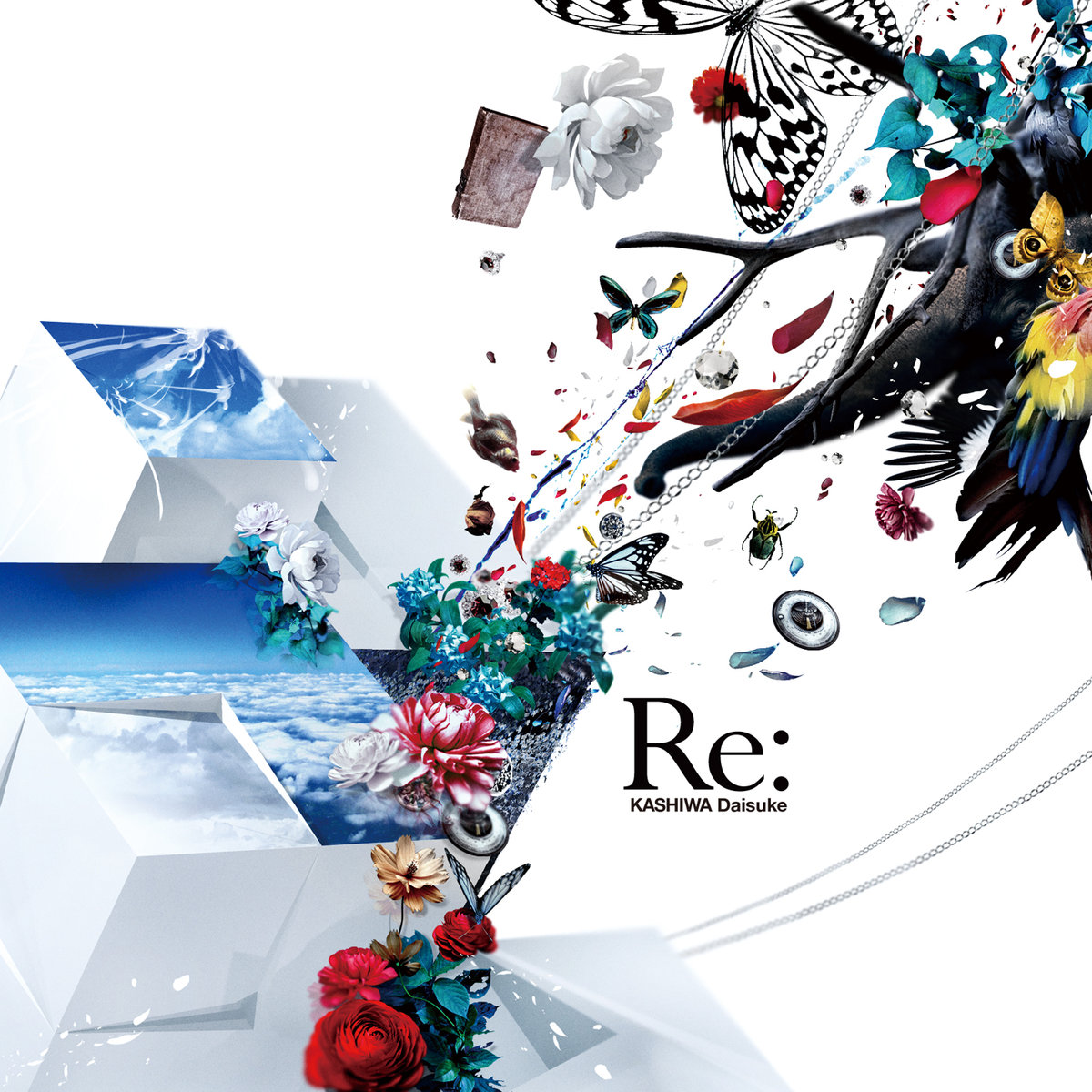 Cover of Kashiwa Daisuke's "Re:" album.

This song did so much to shape everything I feel and know about music. I’ll be the first to say that I have weird musical tastes, and this song was so fundamental in me discovering those. This song shaped what I think about music. What I think music could be. Should be. It shaped my expectations, formed what I was looking for in the future, twisted my desires to be something more along the lines of… this. Every time I think of music, I think of this song. Because I had never heard anything like it. And I still really haven’t.

And yes, I know that it’s really stupid to call this song the best song in the world. I know it might be seen as selfish or stupid. But it keeps working for me. Whenever I listen to it I am reminded how large the world is, how far I have come, how much I love it, how I sat there, knees on the floor, dumfounded at what music was.

It was my memory, it is my memory, and I know that. I know that it’s my best song in the world because of that, because of what it means to me more than what it actually is… but I have never insisted that it was your best.

I claim that this is the Best Song in the World within my egocentric predicament. I don’t care that you disagree. You have no way to change that. You could very well be right, you could have analyzed every song and believe you have found the objectively best answer, and I still wouldn’t care.

Because I probably wouldn’t like it as much as I like “Stella.” Because it wouldn’t be the song I listened to back then in my parent’s living room, watching a StarCraft stream, lost in a moment where drums and violins and piano overtook my consciousness, told a blissful story without a word.

Because, really, what it comes down to is the fact that this song changed my life.

I am a different person for having discovered this song. Afterwards, I was looking for something different in music, something I didn’t even know existed before I heard this song. My entire language about what I appreciated in music changed around this one song. It was no longer about melody, but about story. By which I don’t mean lyrics.

I realized that what I liked wasn’t just soundtracks, it was instrumental music. It was atmospheres, spaces, movements, dances of instruments that weave together and change, and tell something. Tell a story through tone, harmony, chaos, and movement. It doesn’t just find a good beat and stick with it (and there are plenty songs I really like that do just that), but it moves through valleys and up cliffs. It breaks down and becomes chaotic, loses its way before finding a way home. If that isn’t a story, I’ve misunderstood something.

I’ve since realized that all my favorite songs do this. 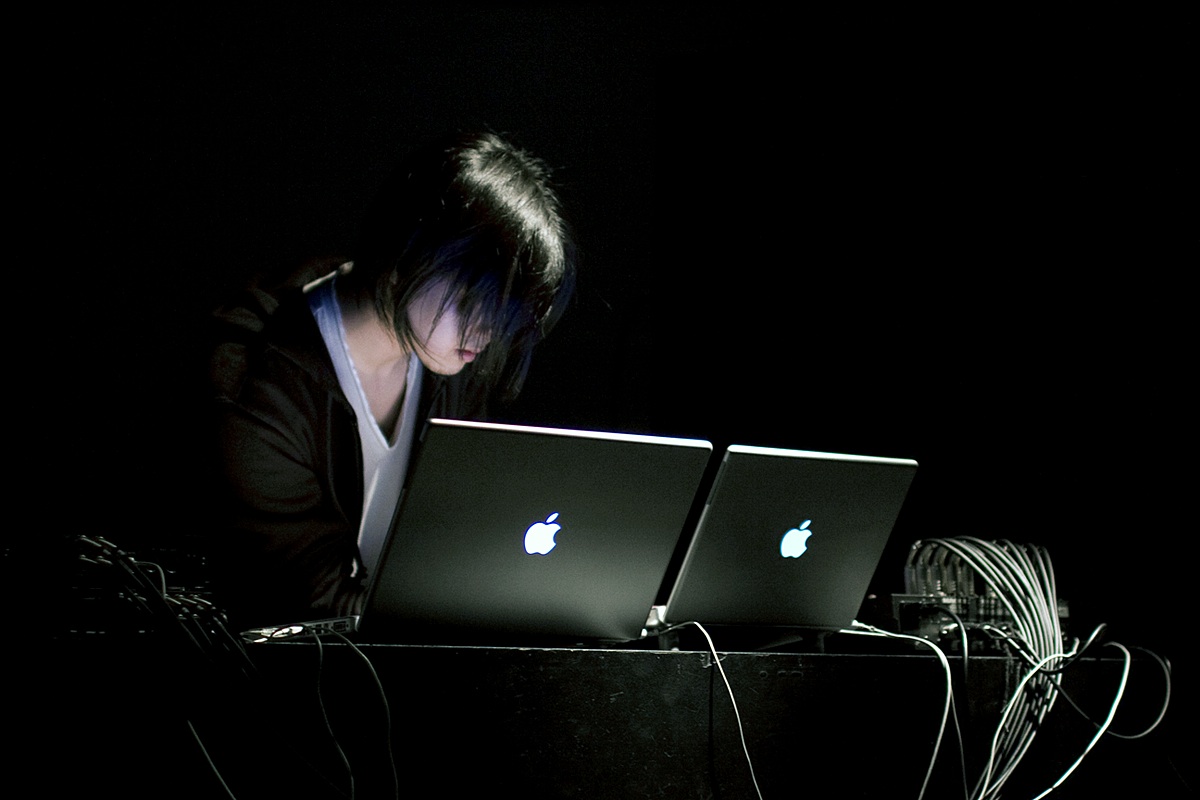 There's the man himself.

And that’s why it’s the Best Song in the World. Because the moment is what matters. The story I’ve built up around this song is everything I need it to be. I claim it is the best song because it is the place upon which I lay myself to rest: What I like stems from this one place. This is the source of who I am.

And it probably won’t be yours. I can tell you it’s good (I hope I have by now), I can say you should listen to it. But most people will probably give up within the first two minutes, and I almost wouldn’t blame them? It is a difficult song to listen to. I can’t listen to it all the time. I rarely carve out the 35 minutes I need to just sit and listen. I can’t listen to it while I write, while I work, while I need to think. It demands too much attention.

But when I do listen, I fly.

As an epilogue, I’m writing this because I just saw the most exciting announcement I have seen in a long long time.
Stella is from an album called “Program Music I”, from 2007. It's an album of two songs, Stella and this. Outside of that, and its predecessor “April.#02”, he hasn’t made music exactly like it ever since.
He’s made glitch, IDM, neoclassical, pure piano music, pseudo-pop, and post-rock, but it has been 9 YEARS since he made anything like Stella.

Program Music II is coming on April the 23rdrd~!

Consider me extremely, extremely excited. You have no idea.


This is all I want. And there’s a lot of cool things happening in April.

Man, I feel like there's so much I haven't written yet. I think I could write five blogs about this one song.