[Sunday Morning Game is a new feature where I play a game I've never played before for an hour, then write about it for half an hour. Every Sunday (ideally). Sort of like a Giant Bomb Quick Look, but text]

"Betrayer" is a game that's been taunting me in my steam library for a while now (maybe because it's like, right at the top), because it always seemed like the sort of game I'd enjoy, but I never got around to it. That's part of the reason why I'm starting this. So I have an excuse to play some of those backlog games I otherwise repress.

Betrayer is a first-person exploration/action game, set in a colonial America gone awry. You open up the game staring at a shipwreck you presumably just swam ashore from, but paying close attention you notice another ship moving in the background.
Moving upwards to the countryside, though, the mysteries intensify, as a “maiden in red” shoots an arrow-with-a-message at a nearby totem, warning you that you should turn back.

You find a bow and the first enemies serve as a wonderful reminder that combat is not always easy, and despite the somewhat lacking feel in that department, it was definitely satisfying enough to carry me through the first hour. 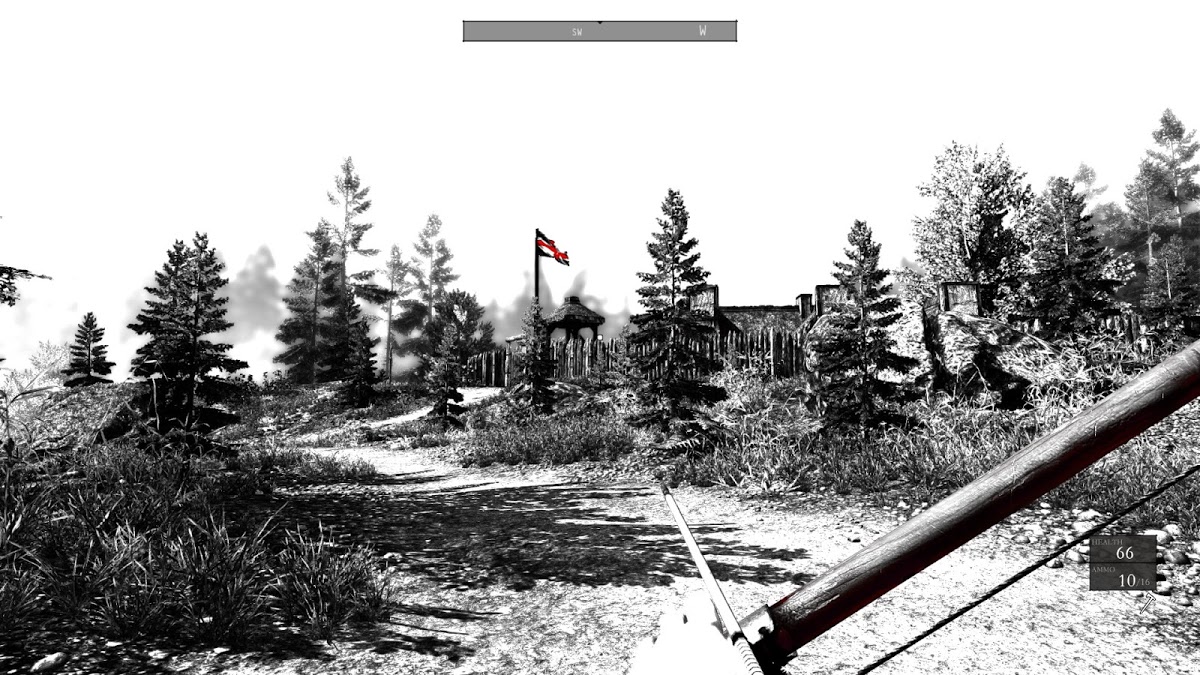 Betrayer is as much a mystery game as an action game, though, and the (labelled) clues around the environment begins to serve up some fragments of narrative, in the traditional Environmental Storytelling fashion—with all the traditional problems of “why would someone leave this note here?”.

What it amounts to is not clear from the first hour of play (and it shouldn’t be) but suffice to say that the mysteries they set up are partially interesting and partially less so.
I am interested in the nature of the world, why the Spanish have seemingly turned into crazy beasts (that sound like dogs, which is a nice touch), why the Maiden in Red whom you meet in the first town (who may or may not be the same one from before) cannot see the things you can.
I am less interested in following up on random villager’s accounts for why they died and what happened to their families. This could, at least partially, be left as optional content, and not as a main path, as it seems to be. 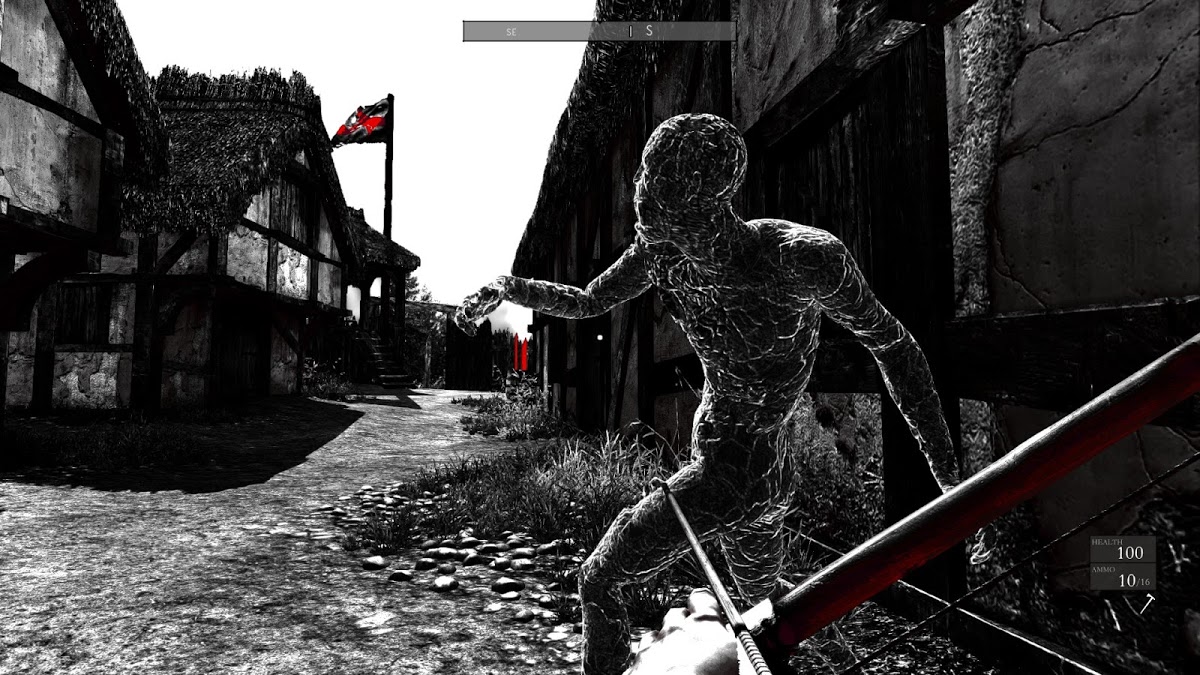 But of course, even what is the main path and what isn’t is obscured because you have no traditional quests, only guidance through the “listen” system, where you can hear where you’re supposed to go next. For this type of game, this is definitely vastly preferred over the typical “Go here” pointer. Despite that, I found myself often pressing the button and going in a straight line until I hit something interesting—which is a difficult problem, I get that.

This game got me pretty good at the first bell, though. Ring the bell in the first village and the entire world flashes dark, and turns into a nightmare instead of a dream—akin to the Dark vs Light world in traditional Zelda games. The purpose of this split isn’t clear either, but I enjoyed the tangibility of having to pick up and actual ear, tongue, and eye to talk with the ghosts in the “otherworld”. 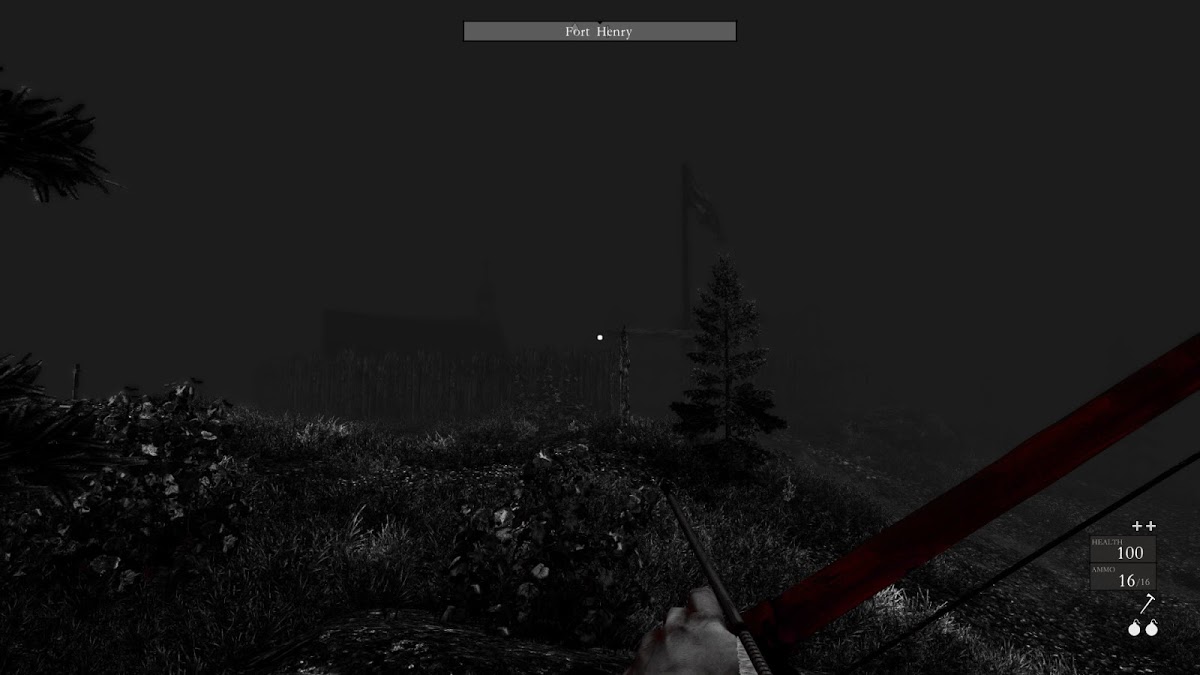 Fort Henry in the "Otherworld".

Death is a loose concept in this world, and the player isn’t forced to reload a save on death. Instead you spawn back in the village and the world seems to proceed without you. Enemies change positions, objects are permanent etc. which I really dig.

The graphical style (a mix of Sin City and Skyrim) supports the dream-like quality with a really interesting depth-of-field filter while also serving the gameplay purpose of highlighting the important elements in red (a la Mirror’s Edge). Sometimes, the glittering on the interactable objects seems quite excessive though, to the point where it looks like a visual bug. 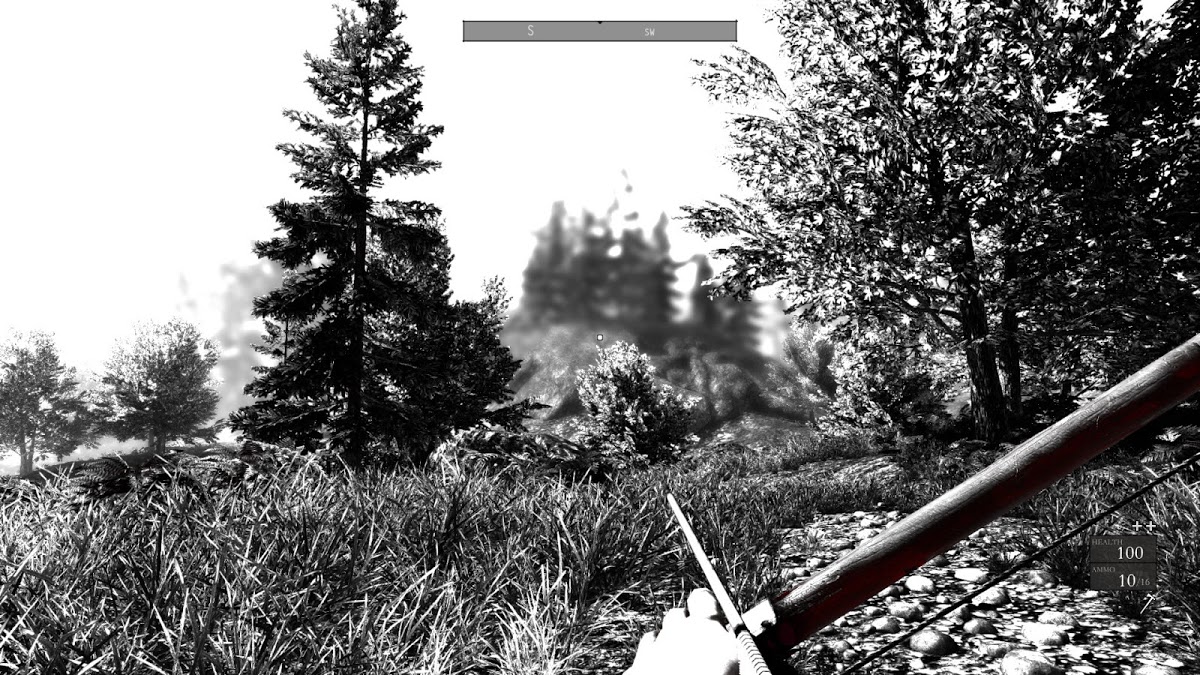 Betrayer’s first hour gets quite a lot of things right. I got unnerved by the world. I am interested in the mystery, the reason for being there as a player. I don’t have a clear grasp of how large the world is and I like that. It’s trying a lot of interesting things and I think it’s worth playing for that alone, even if it doesn’t quite hit it perfectly all the time.