Ok. This isn’t a game. I know that. That’s pretty obvious.


But I already did this with a virtual city, so I thought it might work with a real one too? (Also, if you haven’t, you should really read that post. Even if you have no interest in the game. It’s good.)

The rules are the same, it’ll be one 1 of “gameplay”, and around 1 hour of writing+uploading, and the rules will also follow the GTA Tourist rules (the "no illegal stuff"-rule is sort of obvious… and healthy) so I’ll be a bit of a tourist in London, where I’ve now lived for two weeks.

What’ll be slightly different, though is that I won’t be exploring the famous touristy sites, since I’ve already seen most of those. Instead, I’ll explore a bit of my local area that I haven’t seen yet.

We’re starting by Shadwell St. because that’s right next to where I live (!), and I first headed east, because I’d never headed east before. To the west of me is City of London and Tower Hill and all the things people recognize, so naturally I head the other way. I walk a couple steps and immediately stop the first target: A spire! Gogogo. 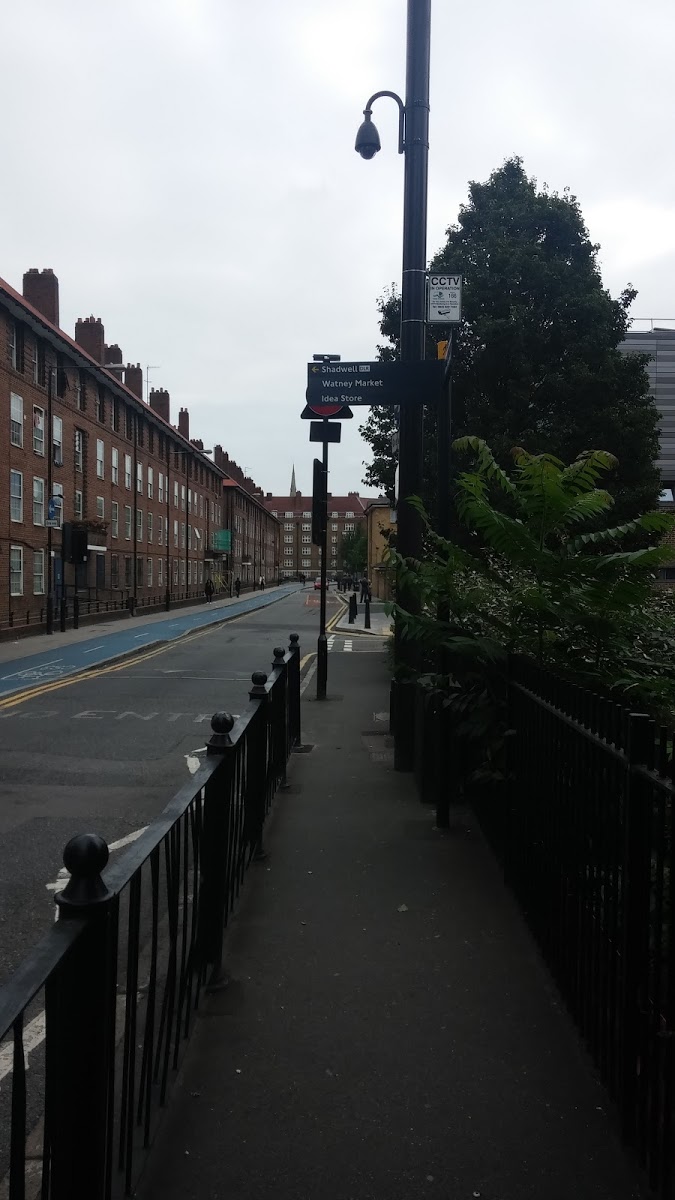 I get to it and, surprise, it’s a church, called “St Mary’s / Cable Street”. It was unclear if the Cable Street part was actually part of the name or just the street it was on. But there was a Sunday Mass at 11, and it was close to 12 when I got there, so… I didn’t go in. Not about to be a part of that. 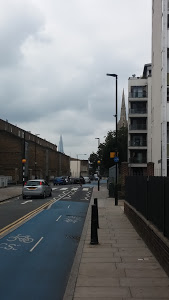 A look behind me; there's the spire AND another spire! No, I won’t head for that. It’s too far away. And I’ve already seen it.

I head further east and come upon St. James’ Gardens (not to be confused with St. James’ Park, which is next to Buckingham Palace) that holds this single WW1 monument (now my second I’ve seen in London)

I continue along a narrow bridge across a narrow road and the houses change to a more modern, blanker look than they had before. 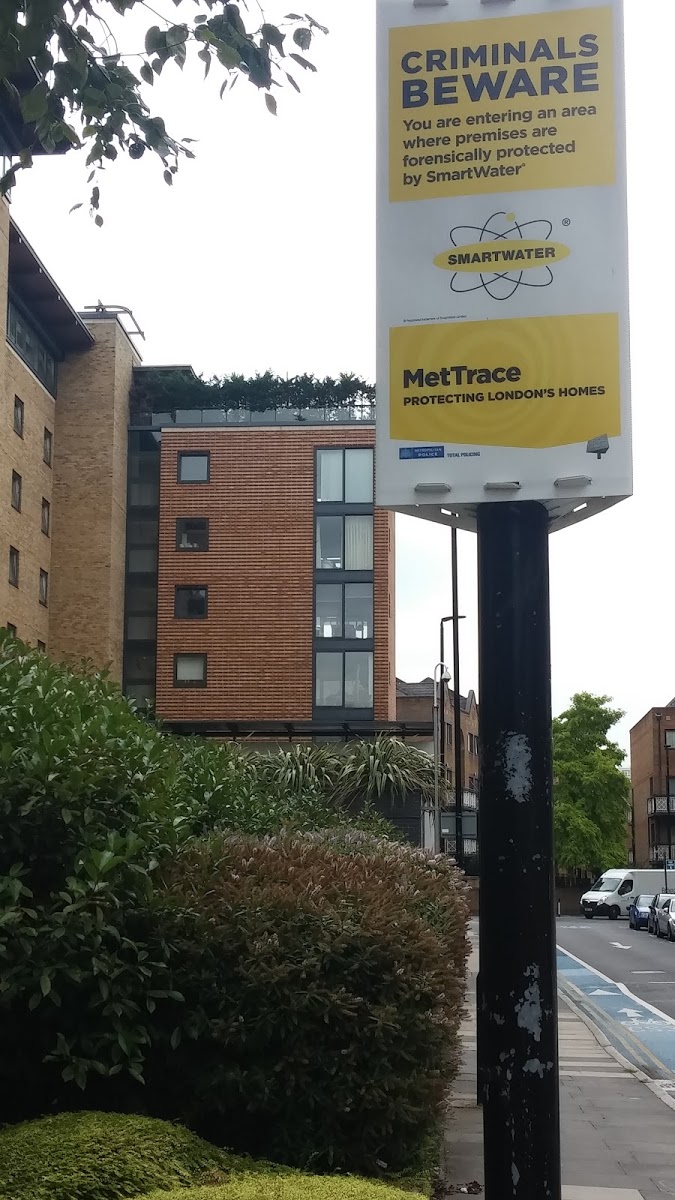 I would love to know how SmartWater protects a neighbourhood. It seems super sci-fi (it probably isn’t).

Further ahead is Limehouse basin, where a swathe of long boats lie tied in between tall houses, and proceed across really narrow floodgate-bridge (the kind that can open to let boats in/out), which felt fairly rickety and I wasn’t sure how to tell if it was opening or not, but I got over fine.

Then I went a little south and hit the Thames and could see Canary Wharf to my left (where I’ve also been already), so I turned around and walked back west, along the Thames. 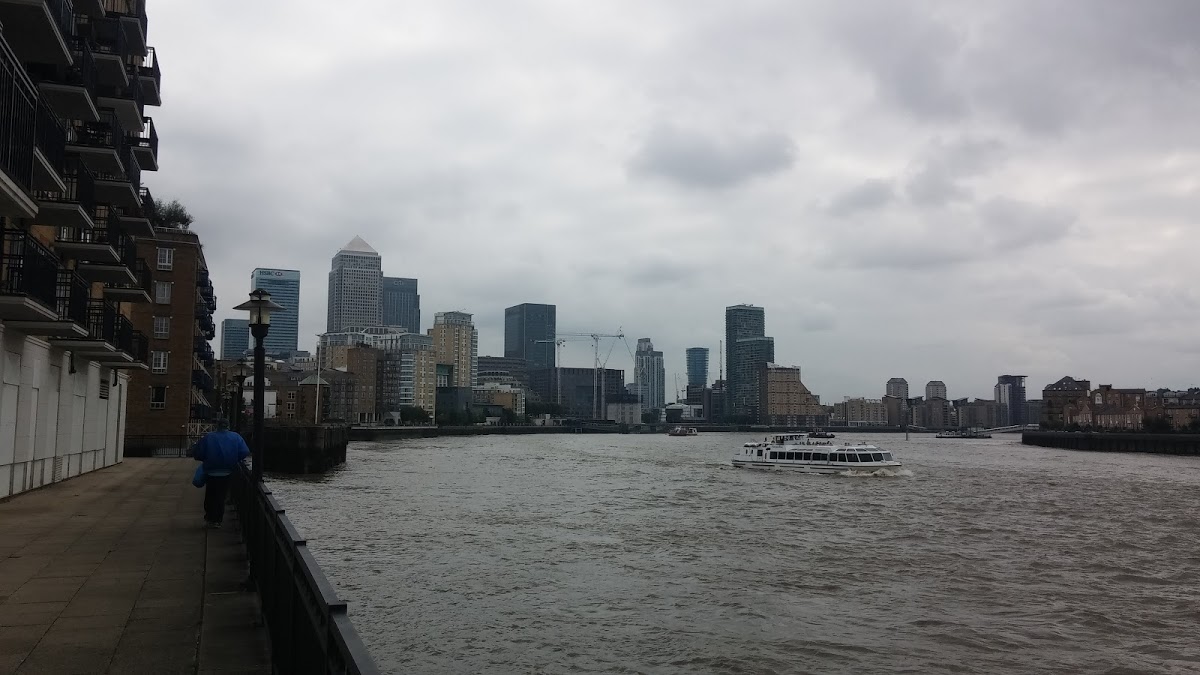 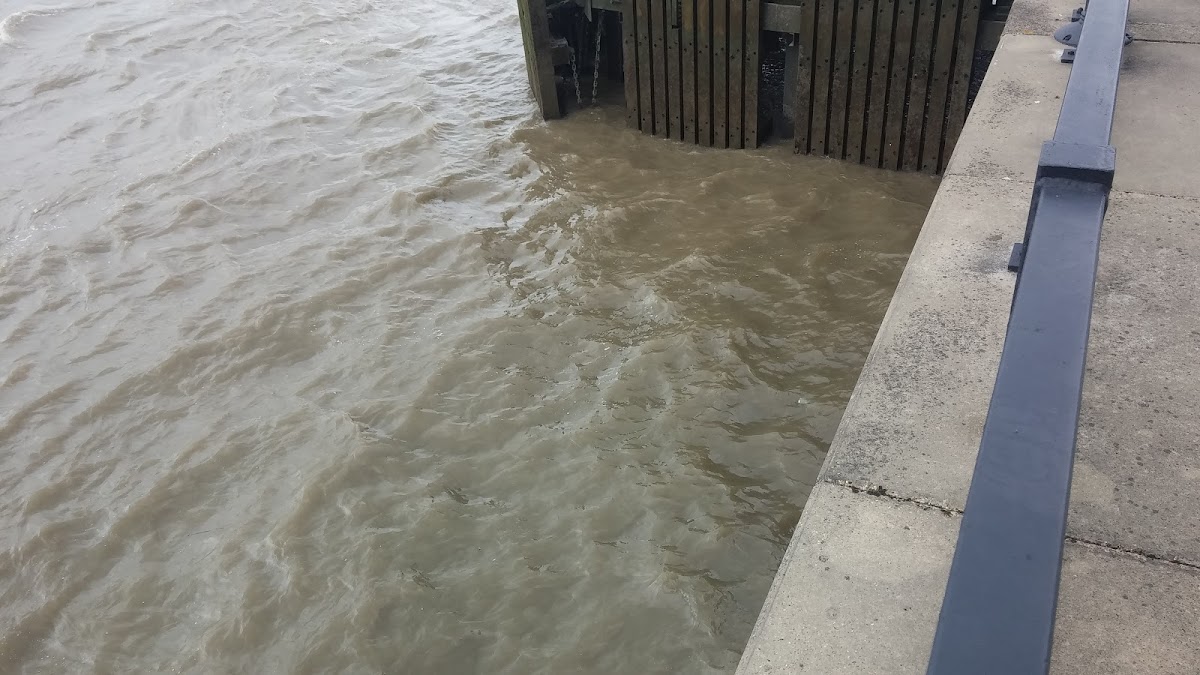 The water in the Thames is pretty dirty. 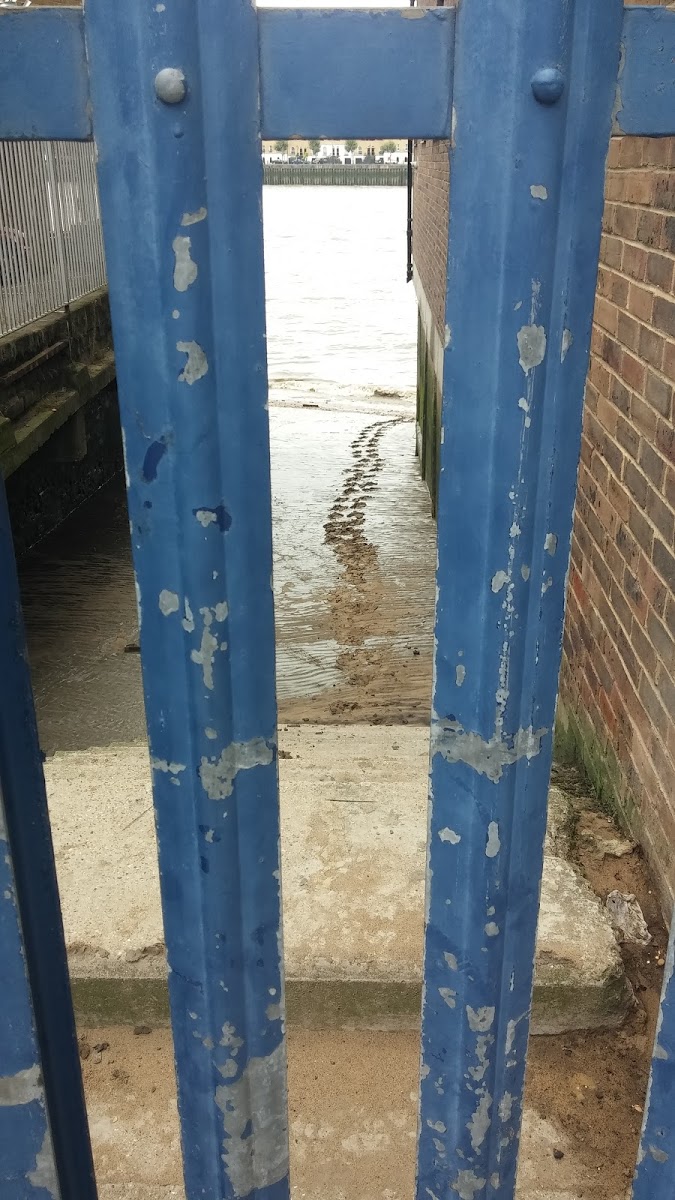 What happened here? I don’t know. But someone walked into the water. Or out of it. 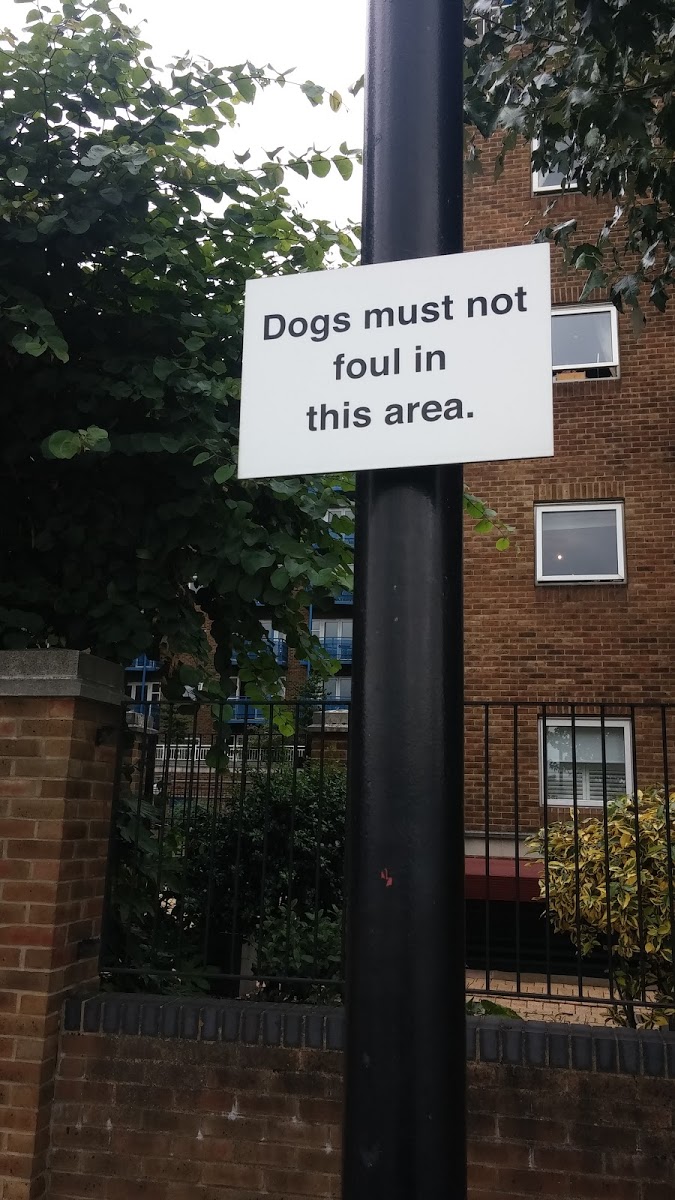 Dogs must not make mistakes in this area.

I crossed through Shadwell Basin (which I’d never seen, despite it being right below where I live) and came to the “Ornamental Canal” which is a very literal name: It is a created, ornamental canal. It is too thin (and shallow) for boats, so it only houses ducks and swans, and you can walk alongside it. That’s it’s whole purpose. It was nice, don’t get me wrong. The name is just a little… too on the nose? 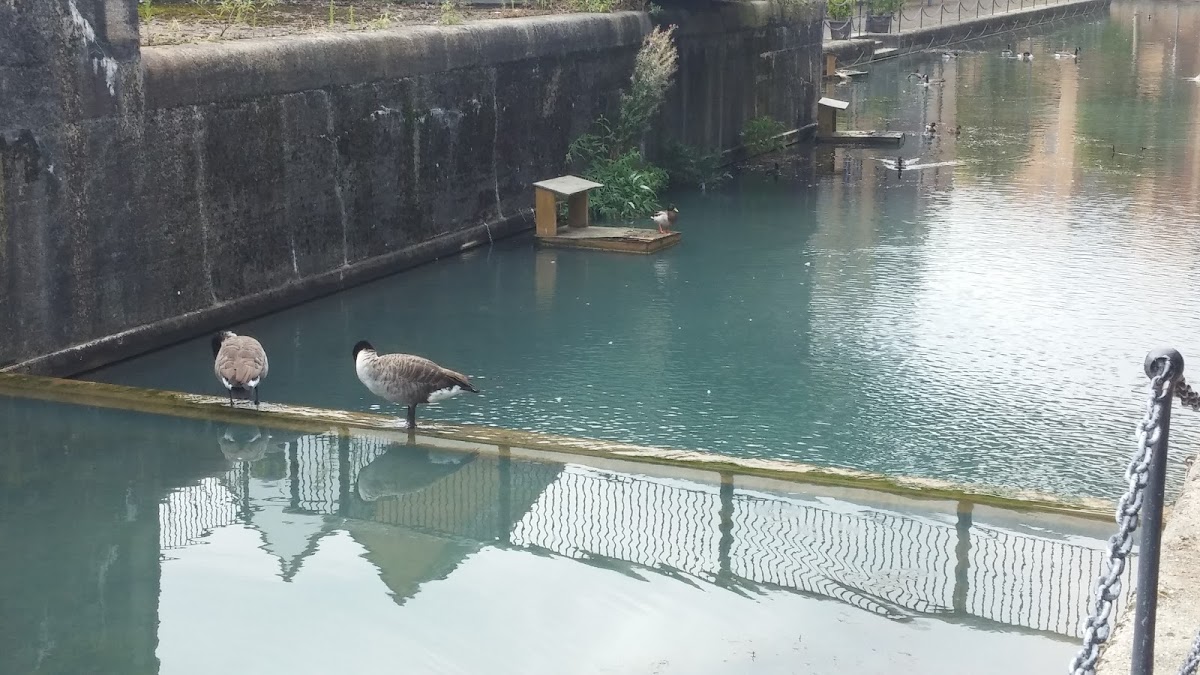 Granted, the close ones aren't ducks, I think? But the ones further along definitely are.

I came to the end of that and BOOM: Tower Bridge. 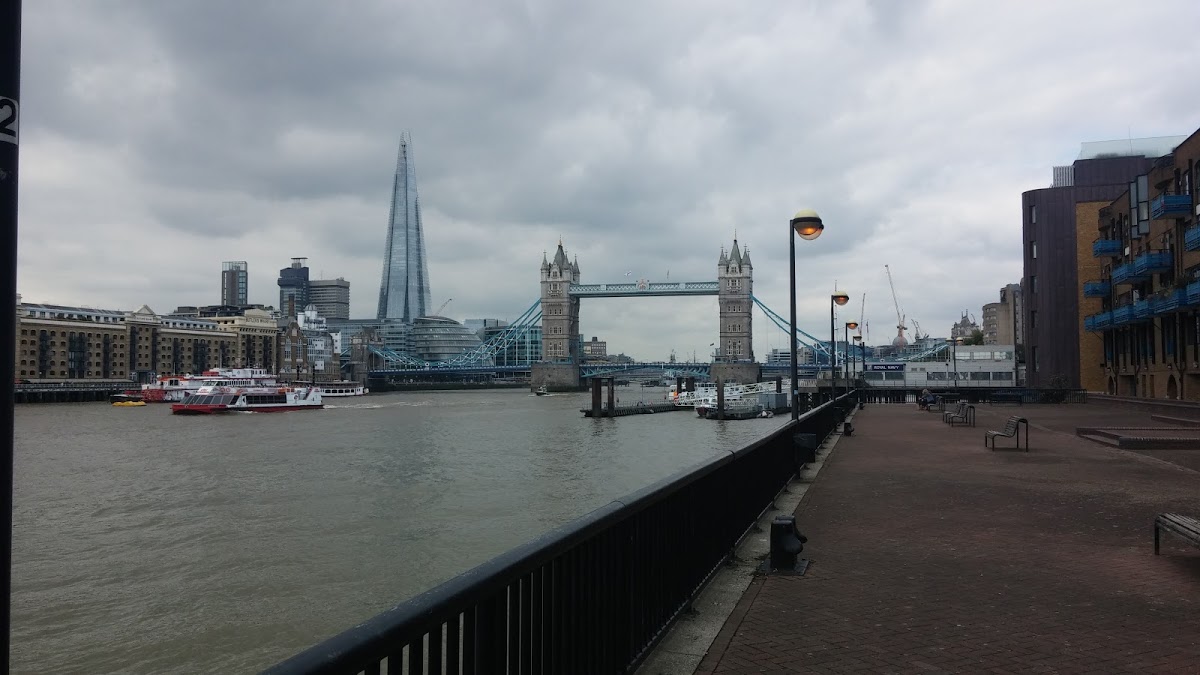 Told you it was close.

It’s sort of weird, because when you’re in Shadwell, you feel you’re quite far away from the city, but walk 15 minutes west, and you’re at Tower Hill. And then you’re pretty much in the centre of London (well, almost, but close enough. Bank is a major hub-station where you can get anywhere.)

Seeing that, I once again changed direction and went north, knowing my time was up I went to “St. Katherine’s Docks”, which I’d heard of before, but never been to. 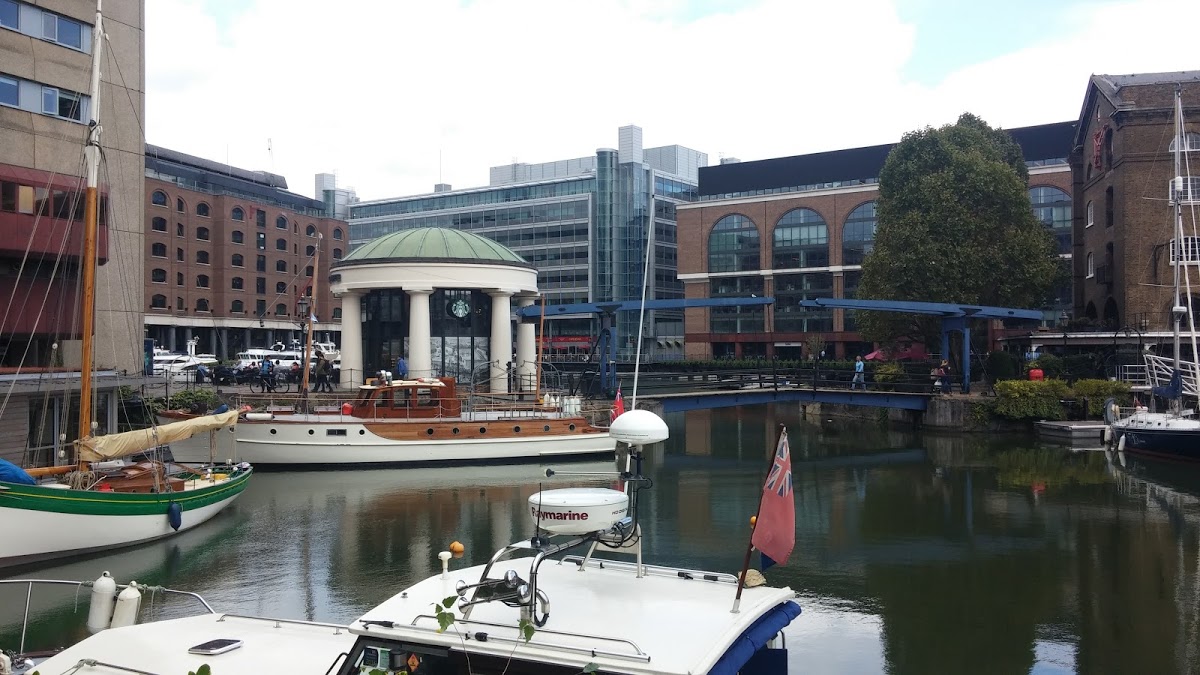 And there’s a Starbucks right there in that pavilion!

And that’s it! I headed back after that, but the return trip was pretty uneventful.

I’ve no idea if this was enjoyable to read or not, but it helped me get a better sense of my local area, so that’s good! I hope these’ll become more regular again (the last one was in bloody July!), and they’ll be in games again!