[One hour, one game. Every Sunday]

I thought I wouldn't be able to do an SMG today because I'm short on time, but... this game made me reconsider. For the sake of clarity, I’ve played the demo of this game before, and now I didn’t play it for the full hour because of time. But I really want to talk about The Black Watchmen, you guys. It’s something special.


The Black Watchmen is a P-ARG (Permanent ARG (Alternative Reality Game)), purchasable on Steam. An ARG you need to purchase, I hear you ask (if you know what ARG’s are)? Well, yes. Because it’s rad. And permanent, so it just has a series of puzzles for you to complete, regardless of whether you want to engage with the ARG itself. 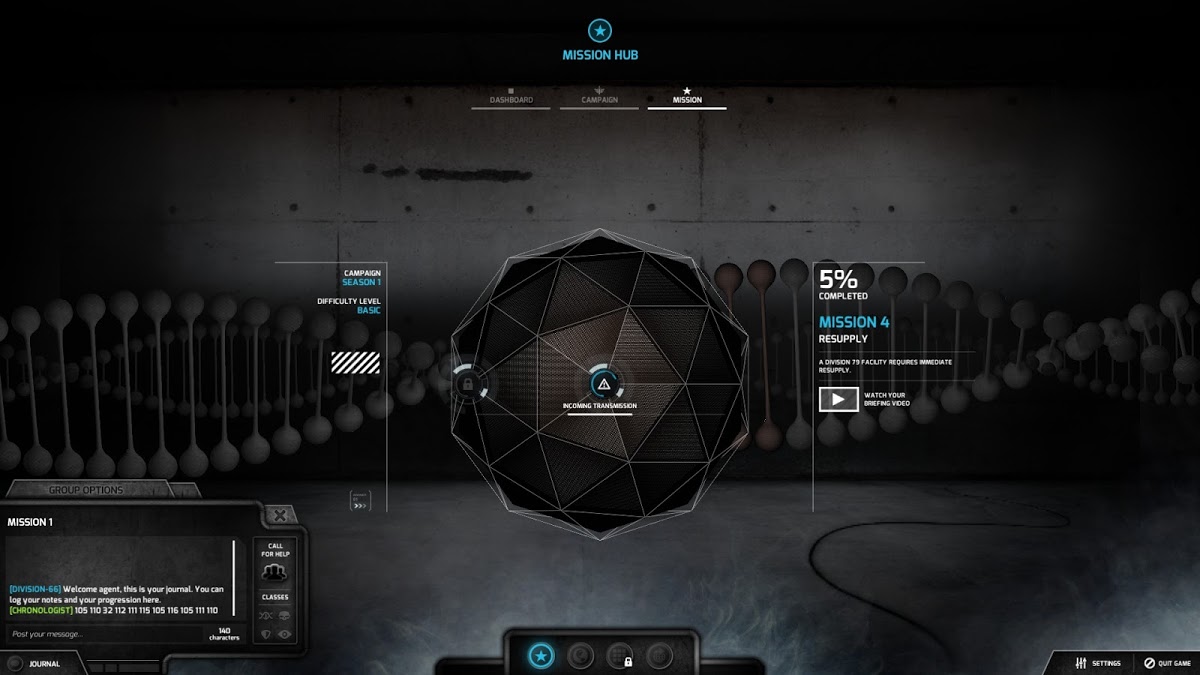 This is the basic interface.

Thankfully, it’s really good at tutorializing you. To figure out that number string it gives you not only a list of common ciphers and codes, but also a website that’ll help you translate it: [http://www.asciitohex.com/] (Slight spoiler: Try putting that number string into the field you think is correct and press convert ;) ). 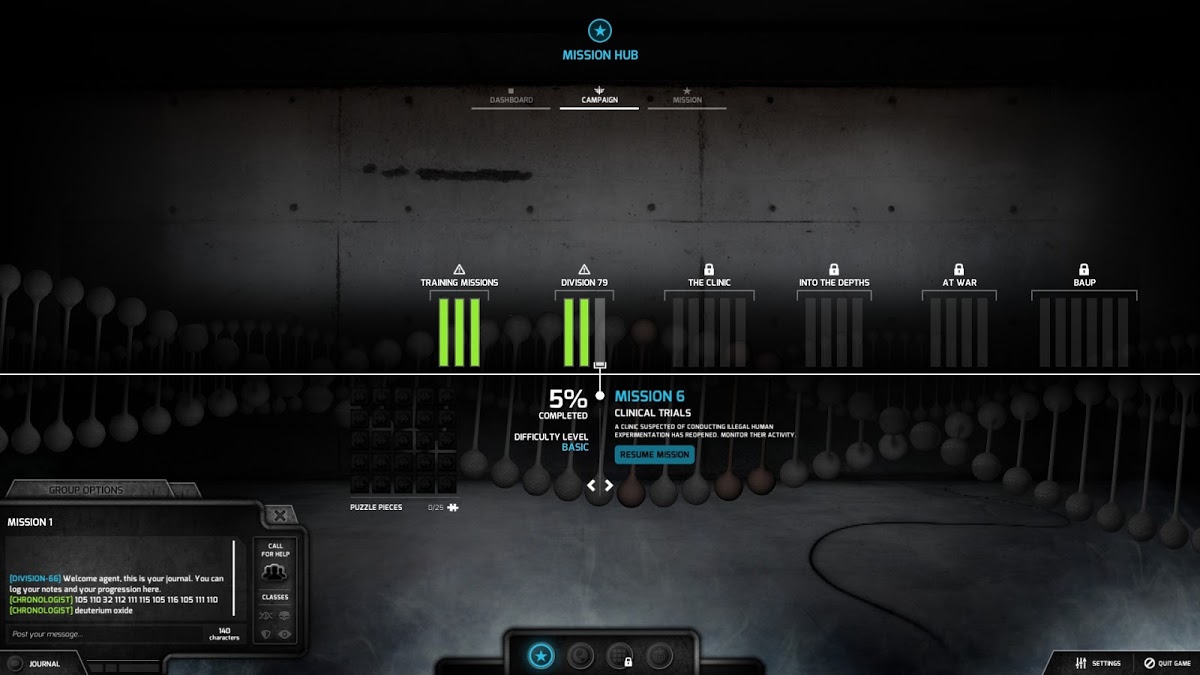 This interface is all there is to the game. The rest of the game happens outside the game.

And that was just in the demo.

Now, after I got hired as an agent they got me to do what they literally called “odd jobs”. The first? Look at some receipts and figure out where they buy their “heavy water” from. Slight problem, none of the receipts say “heavy water”. So quick google search: Heavy water is Deuterium Oxide. Ah, nice, problem solved.

Next task: Go to the store’s website and purchase some.
No, really. That’s what the game asked of me.
To go buy some Deuterium Oxide. (I’ve got the widest grin right now just thinking about it).
(hey, of course not with real money, if you were thinking that).

I go to their website (which does exist, it’s a real website, I’m not linking it because it’s a spoiler) and find that I can’t directly order something… Hmm. I ponder around until I see, in their FAQ that orders can be placed in the “Automated Chat Window” to the left. I press a little icon and begin talking with a chat-bot about what purchase I want to make. And place an order for heavy water. Hell yeah.

After that, they have me doing another odd-job by sorting out some corrupted images, that have been glitched a bit and I’m supposed to recover textual information from them, like ID and case number. I took it into Paint and moved the glitched parts around a bit until I could see the numbers. 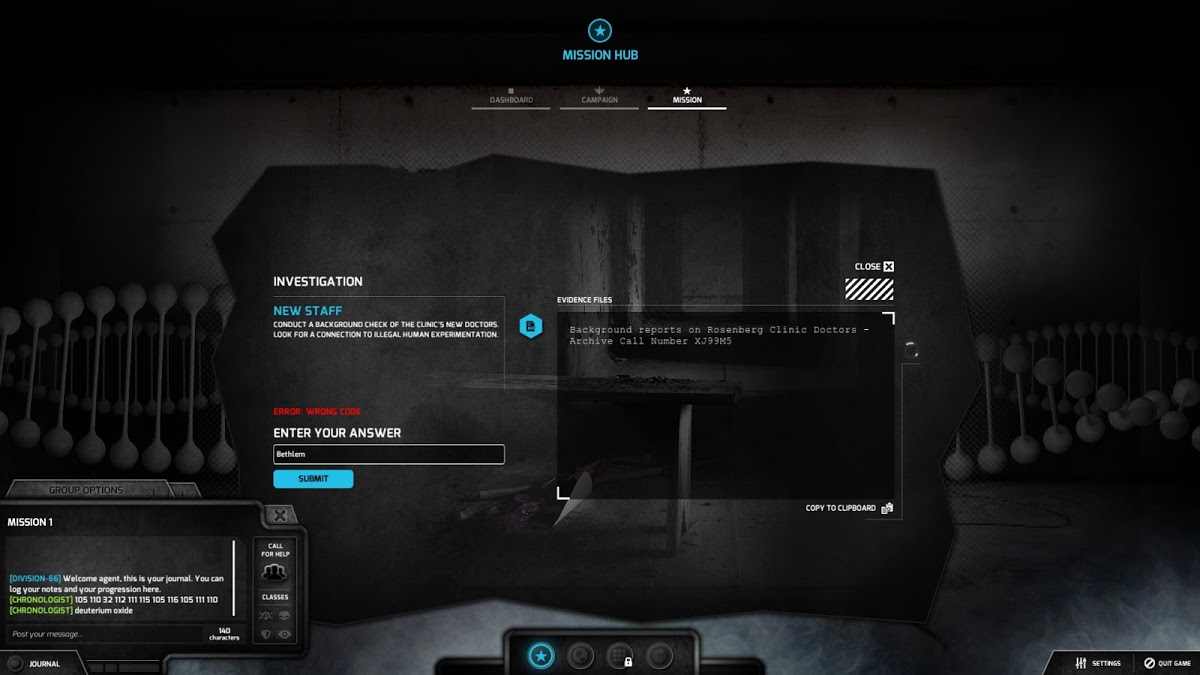 Bethlem was not the right answer, by the way.

Another one had me figure out what was redacted on a list of Radiation Tests done from 1946-2015. And by redacted I mean that it was barred with a black marker. Unreadable. So, what do you do? Figure out, ok, who did this, which is available, and in what year. So, what did the US AEC perform experiments with in 1953 and 1962? Well, go google that yourself. And then you’re literally playing The Black Watchmen. 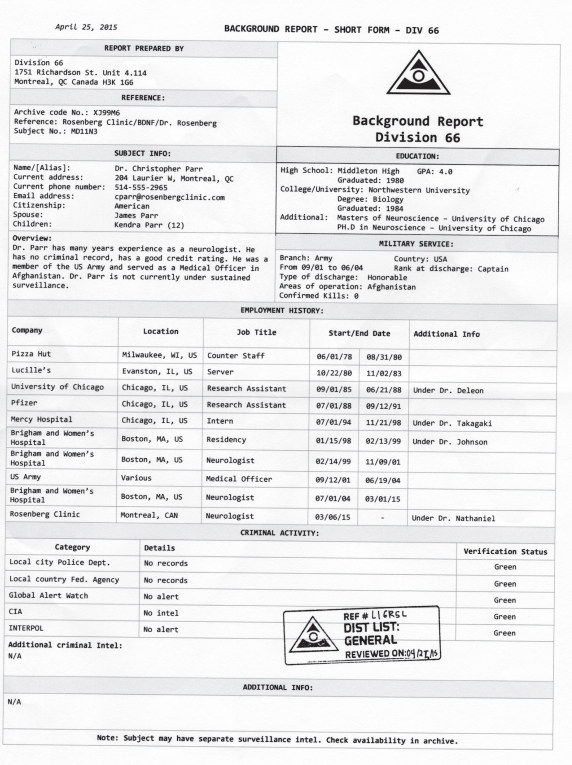 Spot anything unusual? I don't even know what I'm looking for yet :D

Now, I’ve been tasked with doing a background check on three doctors that work at the “Rosenberg Clinic” to see if they have any previous history with illegal experimentation. Which means I’ve been handed three of THESE types of documents (to the right) and are now sitting and analyzing them for odd-looking elements.

Can you tell I’m loving this? This is amazing.

I’ve been fascinated by ARG’s and the like for a while, but have never felt I was able to dedicate time to do them or be a part of the “community” behind them in any major way. But because The Black Watchmen is permanent—because it has been completed before by others and I can complete it on my own time, it can fit within my schedule naturally.
And yes, it is slowly leading up to something greater. There are hints of occult and more profound conspiracy stuff than "can you buy heavy water". But I'm getting to that. And I'll enjoy every moment until then, regardless.

This is the best cryptography experience I’ve had since I finished FEZ. It’s a game that requires you to google, to research, to delve outside the game client itself, to think. That might do nothing for you, but for me, that's the greatest thing about it.