(Note: i actually wrote this like a month ago, but I got distracted and wanted an image I couldn't get (see below) but I finally said whatever so here you go)

At the outskirts of the town, walking back towards the center, there's a sign that says "NUCLEAR FREE ZONE".
The town of Santa Cruz is, apparently, a Nuclear Free Zone. But it, uh, makes me question what I just came from. Is the rest of California not a nuclear free zone?

Like, I know, intellectually, that America has nukes. And a lot of them. But, it's a different thing to think that while your town does not, your county might? I would not have been thinking about the specific locations of nuclear material in relation to my location, if not for that sign. But hey, that’s America for you.

I am sometimes able to forget that I’m here. Enough time staring at screens, enough time in a town that doesn’t seem as “typically American”, I can almost think I’m anywhere. And then, as I walk past a drive-in at a fast-food place with some people loudly driving by on a scooter, and a car with wheels up to my chest thunder by me, I re-remember I’m in America.

This is, as of February, the longest time I've been away from home. I didn't feel the date immensely. But I did download Microsoft Flight Simulator and flew over my hometown, so I guess I am homesick in some ways. This was in large part driven by me re-watching the Noclip documentary on Flight Simulator and the ending breaking me to tears, so yeah, I guess that qualifies as homesickness (watch it, you'll understand, a documentary on a Flight Sim might not seem like the most exciting thing in the world but it is surprisingly emotional at the end).

There is something magical about seeing your hometown from above, even virtually. The illusion of that game is good enough that you can squint and feel like you are flying there, over it. I’ve never flown over my hometown in a Cessna. But it does really look like Roskilde, when I’m there. It is. It made me feel like I was home, for a minute. Showing this to my parents, in real time, with the real weather they had outside their windows, was the closest I've been to home in 6 months. 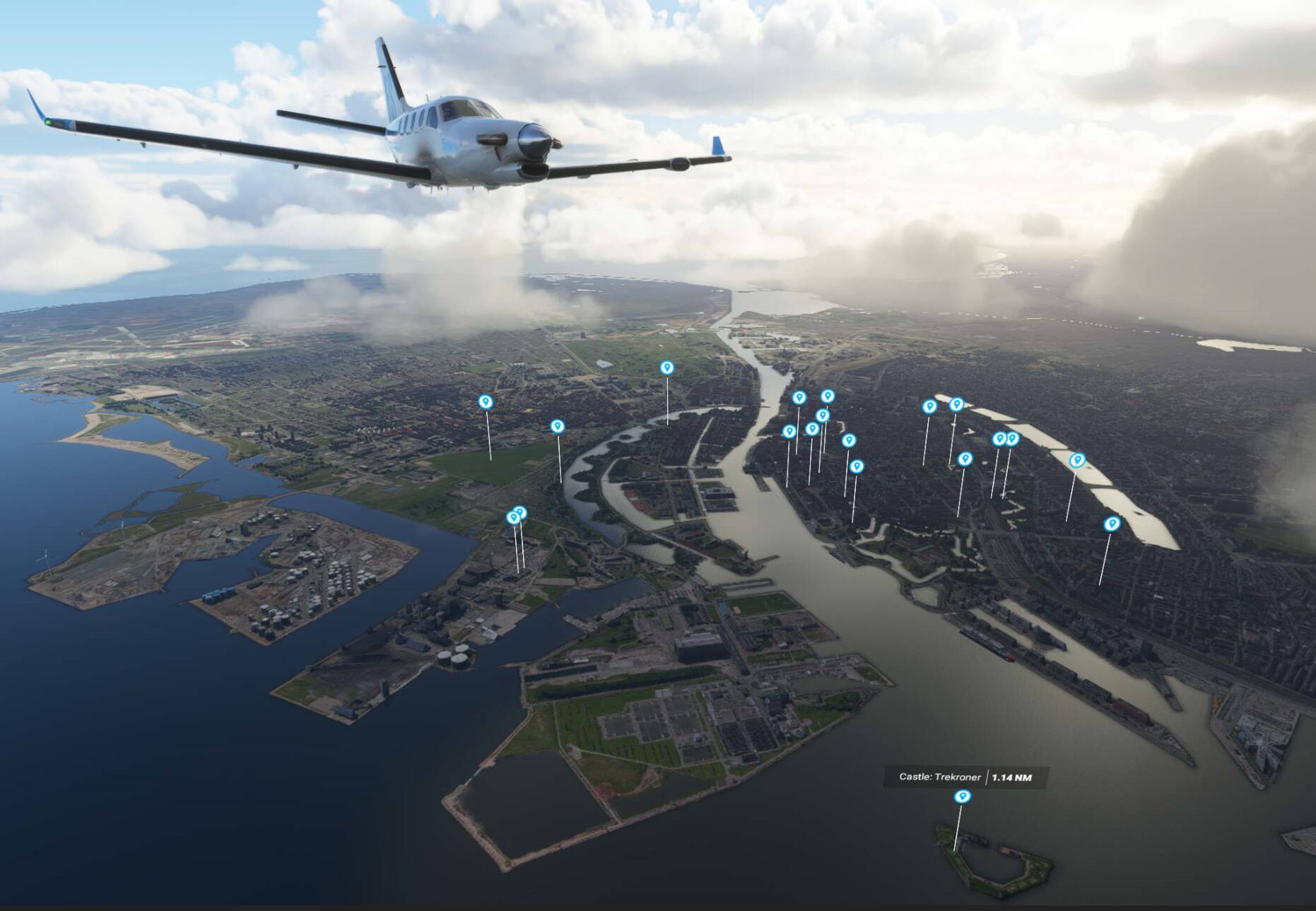 (Imagine an image here of my hometown from above--Flight Sim now doesn't wanna update so I can't take that image, and I'm not redownloading that 100GB game... So here's an image of Copenhagen taken from https://forums.flightsimulator.com/t/world-pois-denmark-greenland-iceland-and-faroer-released/389669 instead).

After this amount of time, I’m settling in somewhat. Have figured out what food I can get where, what I like to make for lunch and dinner with the ingredients I got, how I am spending my schedule (still a mess with trying to have free mornings for Europe Time), but I’m starting to have most of the admin obstacles sorted out.

The strange thing now is looking ahead, at a prospective future where I might genuinely move to America, and not a weird quarantine bubble located on the West Coast. The future feels almost as uncertain as when I was going to move here, which is strange. In some ways, I had an easing into the whole move, as I didn’t explode into the country with a ton of activities because there just… weren’t any. I was forced to ease in slowly, do things on a computer as I’d otherwise do.

It was safer. But it was also worse, because I have done far less than I would have otherwise. All the social explosions that happen in new studies, in new groups, has been non-existent—or done scarcely and through a screen. All the happenstance, all the spontaneity, all the unpredictability, has been removed. You need to carefully plan any meeting or it doesn’t happen.
That I wasn’t going to be able to get good bread over here was predictable. Who I was going to meet on campus was not. Now it might never be.

And with no idea how smoothly and how quickly any kind of transition will be, it is impossible to predict what I can and will do in four months, in six months, in nine.
In fall, we might have in-person classes. Will I actually go to a campus? Classes can happen in person? That almost feels foreign to me. As if it would happen to other people. There are buses here? People actually work up there, it’s not just a nice destination to go for a long walk?

Pictured: Campus, a mythical location somewhere in the forest. It is unknown whether people actually work or live here.

In the fall, new students will arrive, with (hopefully) the ability to do all the things we didn’t, while we’re… also doing them?
It feels fake. I’ve only done this in America. The idea that there is another way to do things feels fake.

But who knows. I stopped predicting things a while time ago.

I moved to America last fall, but I might move to America again soon. Or maybe I’m overestimating the difference! Who knows.
We're all saying that normalcy will resume, soon. We're all hoping that it will. But the normalcy I remember--the normalcy I had 2 years ago--is de facto something else than what I will get. No wonder I'm anxious, actually, despite how it feels something I should look forward to. I am.
So I also worry. I worry that it won't be the same. I worry that it won't be different. I worry about summer. I worry about the weather becoming unbearably hot in these houses without air-condition, while I’m forced to sit in a closed room in front of a monitor. I’m worried about fire season, about having to close windows because of smoke.

At least this is a Nuclear Free Zone.