Next up: Bioshock 2. Yeah. I've played the original Bioshock (and Infinite), but I never got around to 2. It never got as high praise as the first one, and frankly, I have some problems with the first one, so I never much cared to dive in (haha).
Yet, it's been sitting in my library for a while now, so this'd be a decent excuse.

Bioshock 2 carries in the original's footsteps by immediately placing you in the dystopic underwater city of Rapture, full with violins in the main menu and 50's art deco fonts. 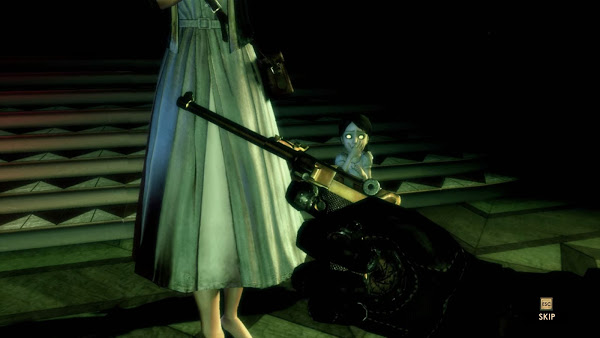 I watch through a helmet as I follow a girl named Eleanor who calls me daddy. She leads me through scenery that is both peaceful and dangerous, until we strike upon a woman who tells me to kill myself.
And I do. Without any more explanation.

Cutscene over. I wake up, 10 years later, it says. I've still got a helmet and a huge drill. I know what I am. From the previous game, I know that this thing is not just any drill. I'm a Big Daddy. Guardians and protectors of the Sisters.
I stomp around in my clunky outfit in Adonis Luxury Resort, an old hotel with Greek names and iconography galore. A wall of photos and graffiti warning me of a woman named "Lamb" is stricken across the once-beautiful place. 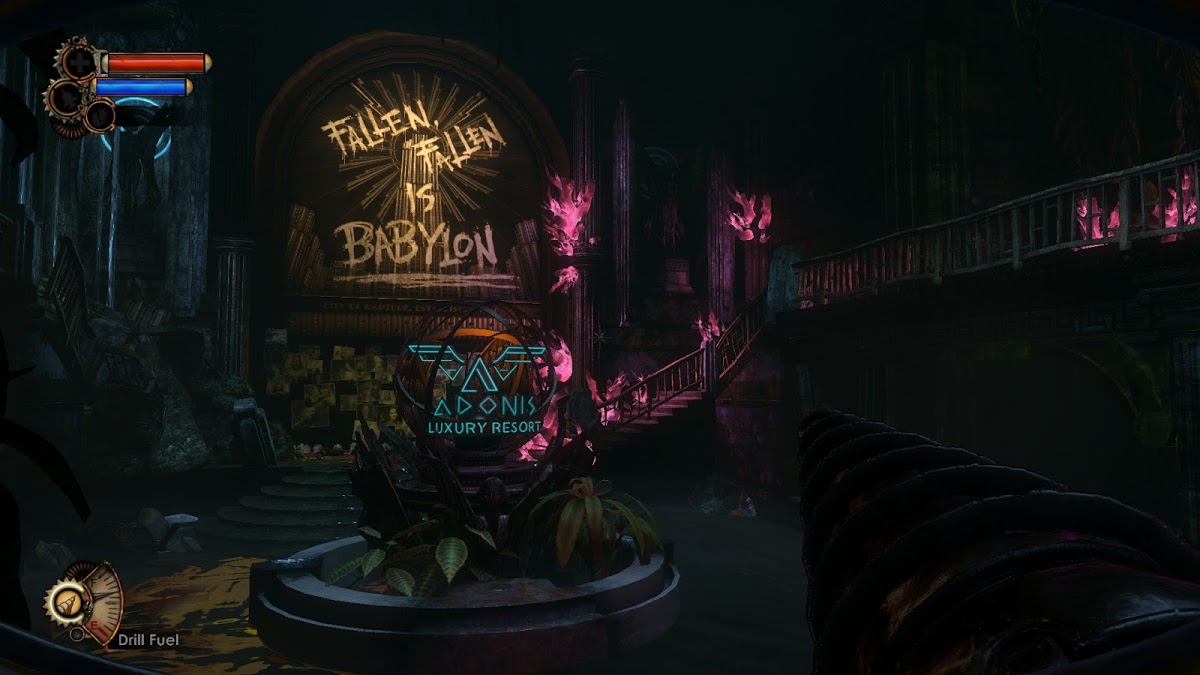 Fighting the remnants of civilization--Splicers--I find my first superpower: Being able to shoot lightning out of my hands. Not bad, as superpowers go. I use it to fire up the old, half-broken generator in the swimming pool area. Blaring into my radio is a woman named Tenenbaum requesting that I find her. To do that, I must go to the Atlantic Express station. Okay, I guess. If the last game taught me anything, it's that I need to follow the orders of those on the radio (wink). 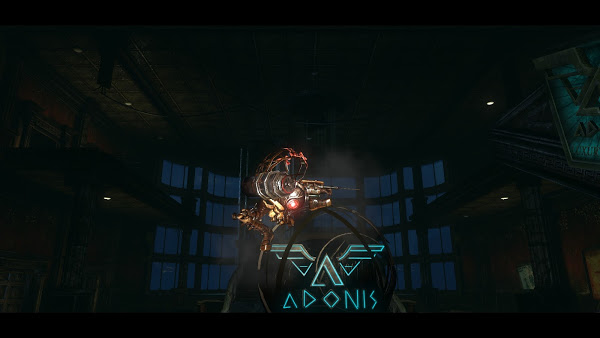 I stroll upon a Little Sister, one of those I am supposed to protect (I think). Turns out they've got a new protector now: Agile jumpers that steal them away from me, run around in the shadows. Big Sisters. Got a whole family tree soon. Turns out, that's pretty accurate, because this Lamb person proclaims to be their Mother. She was the one who told me to kill myself, as well, I realize when I see her face on posters.

I chase the Big Sister, have a scrap with her, but eventually we get to a place where she tears the window apart, letting water smash inside, flooding the entire area in a second. They're both gone without a trace as I scatter around in the strong currents.

And then the game crashes. Straight to desktop. No warning. Nothing. Just a hard crash.
Shit.
I relaunch, see where it saved.... and.... it didn't. I load up right in the beginning. The wall of photos greeting me again.
Fuck.


Okay, I rush through again. It wasn't that long and I'm quickly up to the area again, picking up a few extra things I missed before. I rush into the train station... and a crash again. Dammit. Ok, I was smart, though. I saved before, this time.
Quick google search tells me to turn off V-Sync. Okay? Odd fix, but I do. And... it works.
I am now inside the train station. 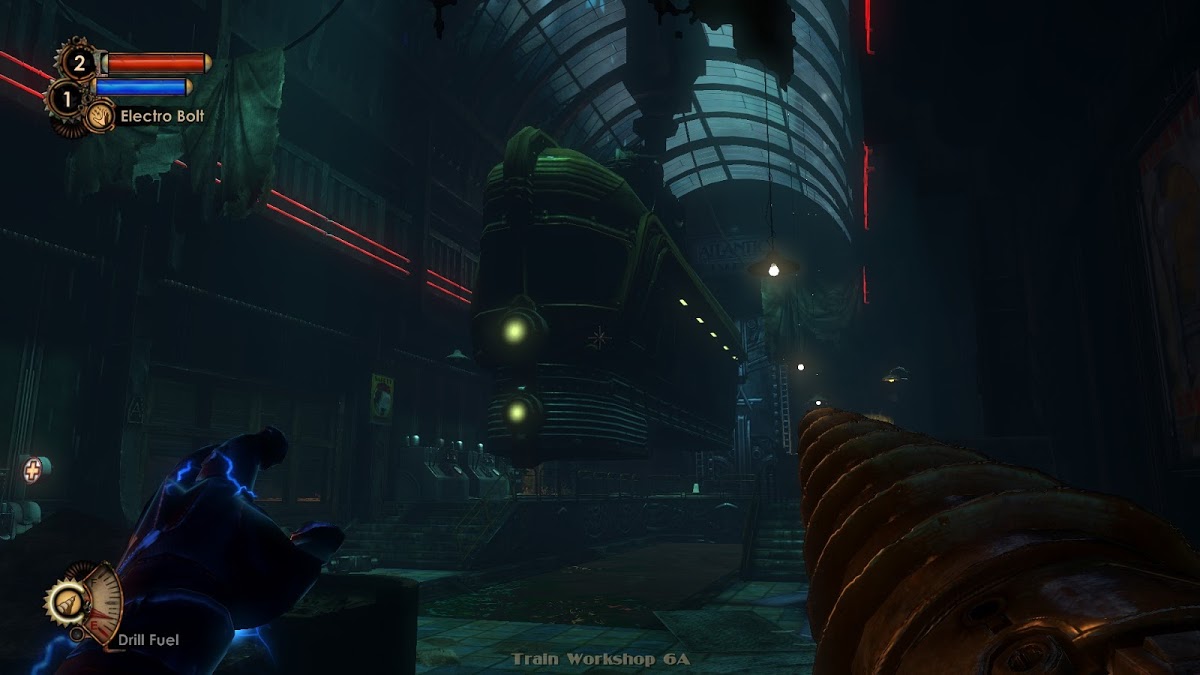 I have never been happier to see a train. No. That's actually not true.

Whew. I can finally continue. Don't have much time left. Quickly save to be sure and rush forward. I am promptly told I can hack electronics in the game. Appropriate.


Sofia Lamb ambushes me on the television screens as I am about to open a door. She taunts me and tells me I should be dead and sends Splicers to kill me. I fight back but the floor gives way under us all and I fall into the sea again...
And I want to take a screenshot, but press F11, which turns out to be the Quick Load button. I find myself back at the train station.
I almost give up here. The world just doesn't want me to progress. But no, I've got so little time left. I can progress a little bit. As long as I don't mess up like that again. Ok, trains, TV-screens, Lamb, floor. I land underwater without reloading this time and trudge through a brief section of violins. 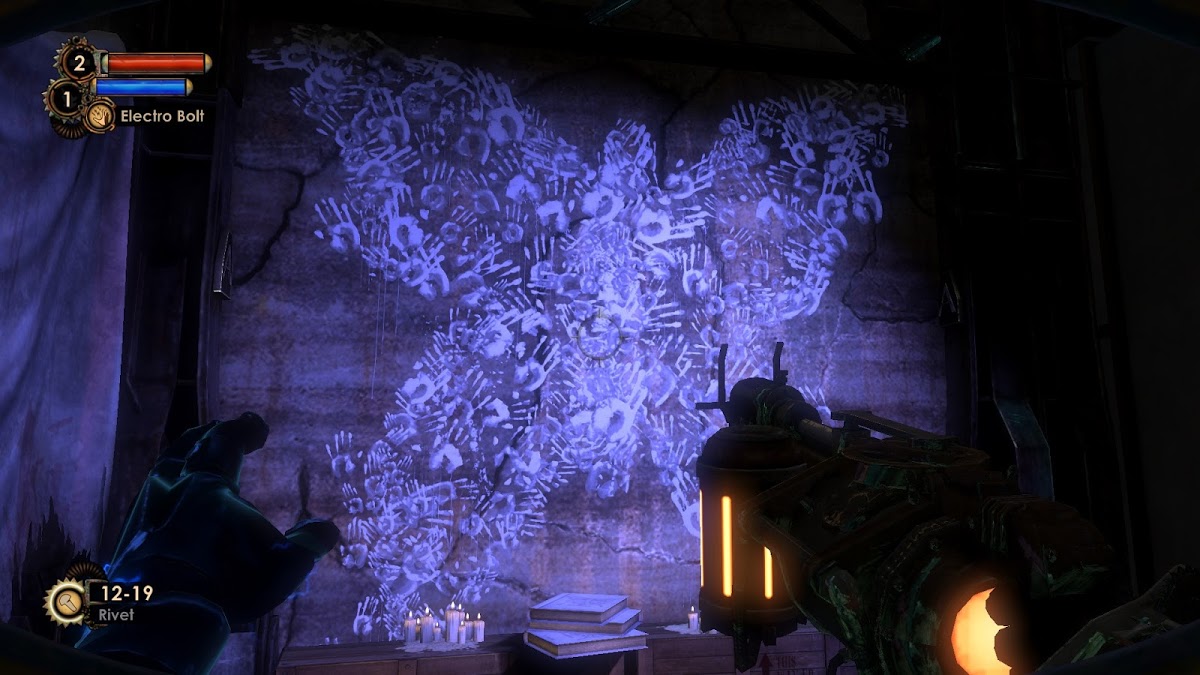 Up again, I see a giant butterfly painted with the hands of people. Below are Sofia Lamb's book with another butterfly. Either she really likes butterflies or they're giving me a chaos-theory hint.
The next audiodiary I find proves to be highly interesting. A discussion between Lamb and the founder of Rapture, Andrew Ryan. Ryan, well known for his Objectivist ideals and factual reasoning, is challenged by Lamb who argues for a less objective view on the world--one I find myself agreeing with.

So consider my confusion when the game--Tenenbaum--tells me that Lamb is my enemy. Ryan is dead. The old ideal is over. The utopia of Rapture is ruined and long gone. Now I fight Lamb for selfish reasons: She has kidnapped my daughter. Purportedly her own daughter as well. What am I really doing here?

Through glass, Tenenbaum tells me Eleanor is at Fontaine's Futuristics. I look at the map and see that, yup, I've got a ways to go. And I have no idea if what I'm doing is a good idea. 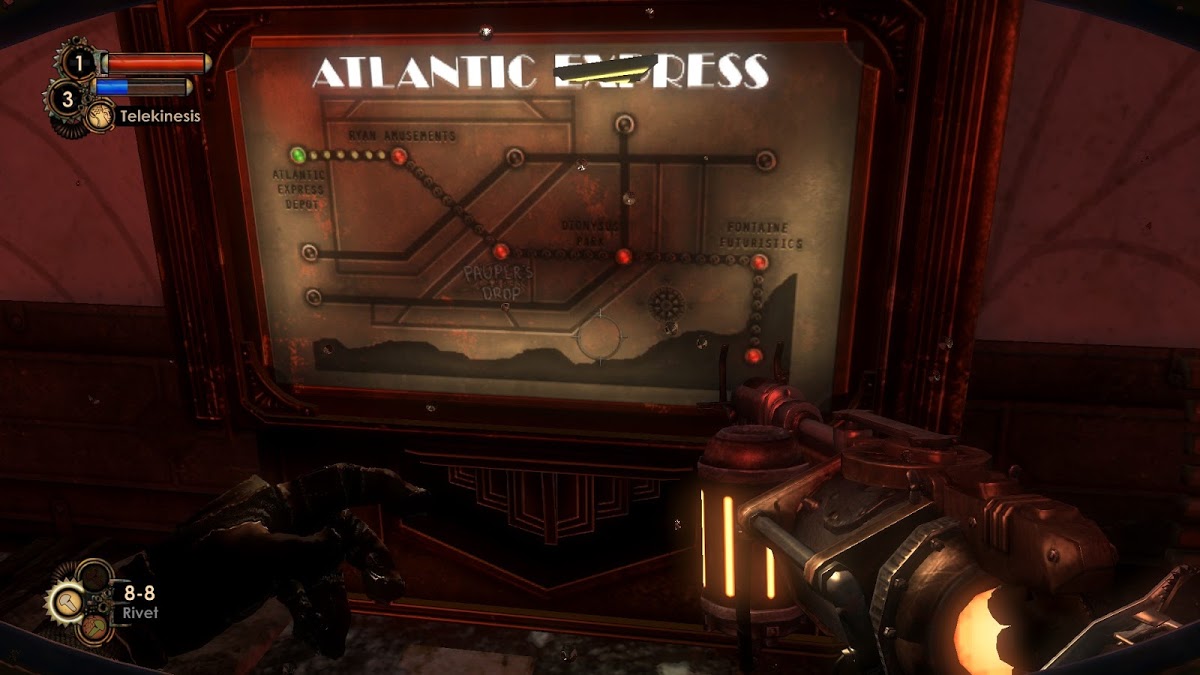 I'm at the green spot. Fontaine's is ALL the way over to the right. Thank you for laying that out for me, game.