Ok. I broke my rule. I played this for a little more than an hour.

I also finished this game. When I had played an hour, I had around seven minutes left. So I finished it. Steam says an hour and 7 minutes.
Ok?

Don’t worry, I don’t get into spoilers, though. Only for like the first 15 minutes. Just bear in mind that I know the ending when I’m writing this. 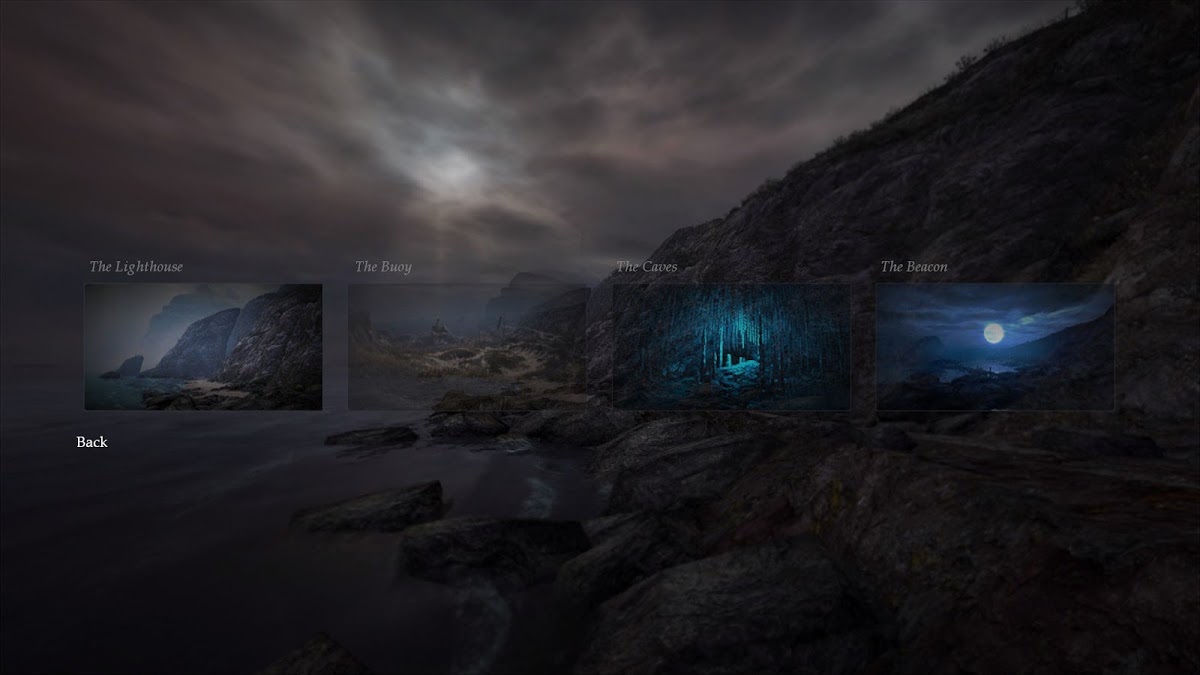 I launch the game into a menu. Click through, with possibly some of the best menu sounds I have ever heard, and I am faced with the choice of chapters. Only “The Lighthouse” is available, though, so I click it, aware that four chapters lie before me. 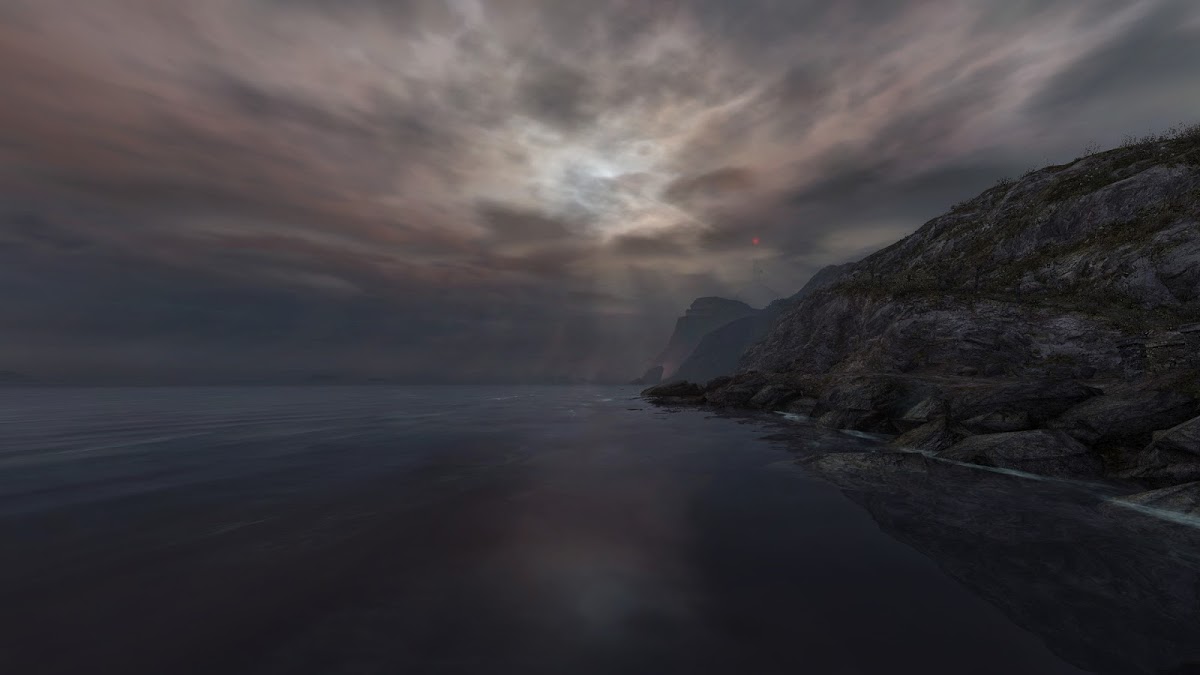 Eyes open and I see an island before me. A faint beacon blaring in the distance, blinking an easy red between the fog of clouds. I turn right and see the titular Lighthouse immediately. I go in the house and find it all in ruins, old and abandoned. On the wall, painted, I see the molecular structure of alcohol, a bucket of paint underneath. 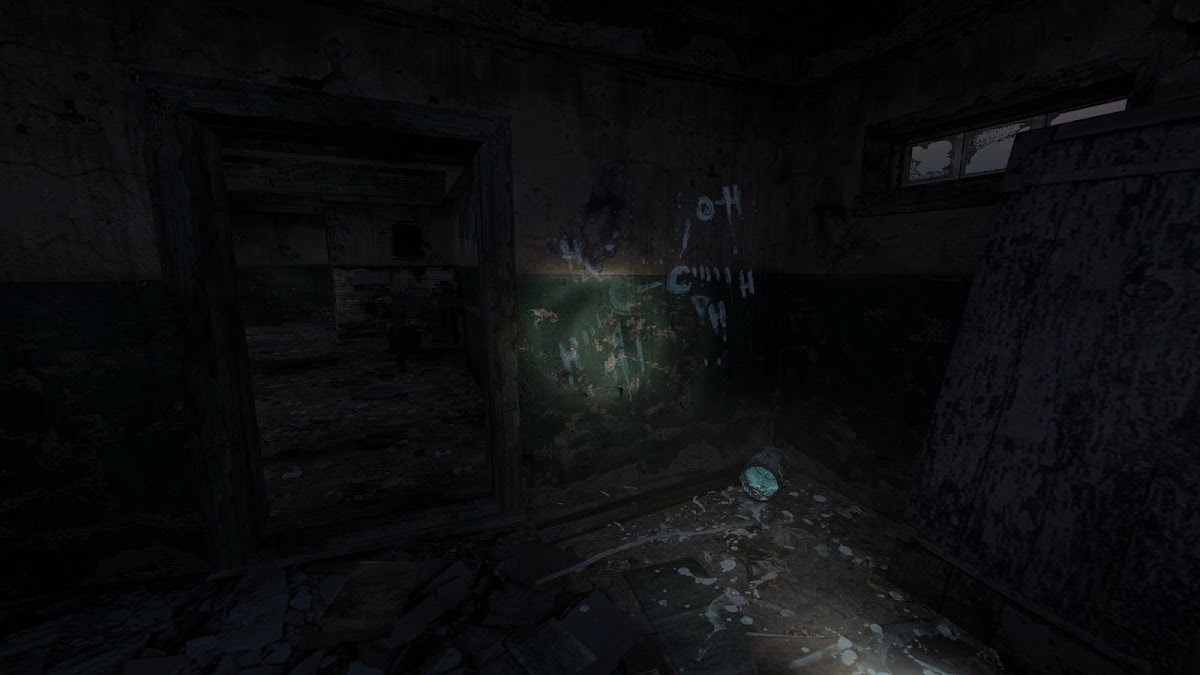 Dear Esther has been called the “prototypical walking simulator” by Rock Paper Shotgun. And they’re probably not completely wrong about that, as it definitely was one of the first ones in a line of these types of games, Proteus, Gone Home, etc. following later. And I do do a lot of walking. So much I barely do little else. I cannot interact with the world, I cannot pick up its objects or toy with the doors.
I am a ghost, only the sounds of my footsteps reminding me of my presence.

I walk forward in a meandering, tranquil pace as violins haunt my presence, faint choirs and pianos supporting where they will. I follow a path upwards, contemplating my inability to jump, as I get ever closer to the faraway beacon. 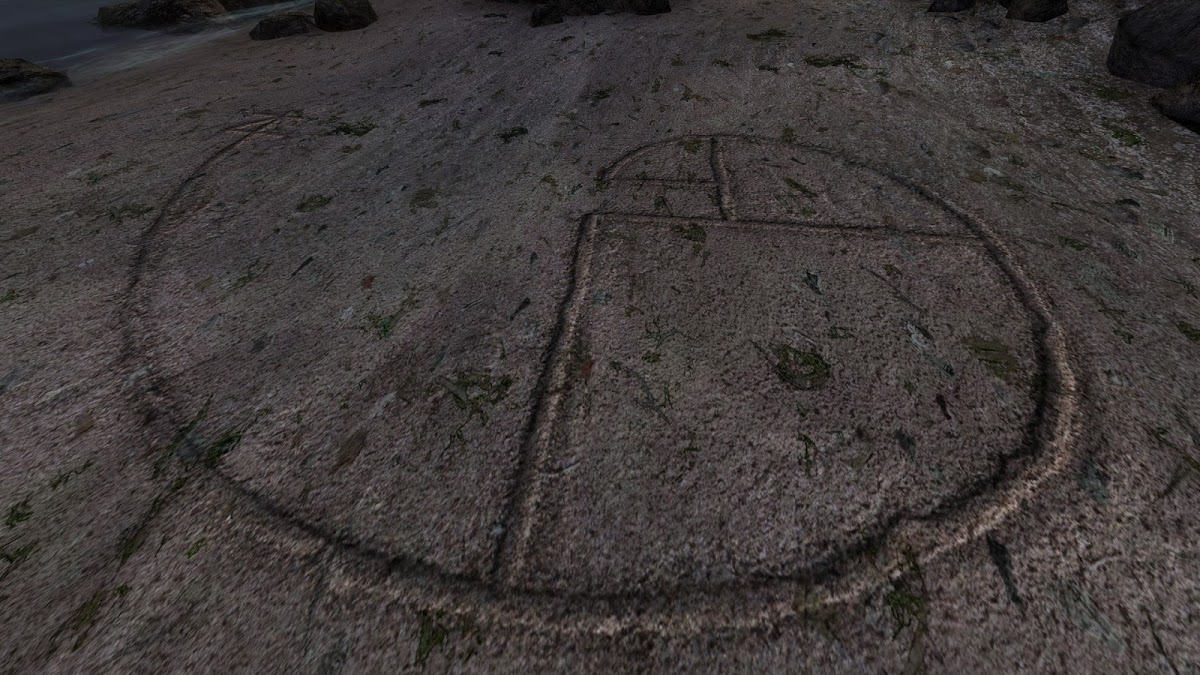 I walk down to a beach, where I see the Golden Ratio drawn in the sand. I can walk across it and nothing happens. I can look at it and wonder what it means. That is my interaction. That is my purpose here.

To the side, I see another white line drawn in the cliff and remnants of a car wreck scattered underneath. A car wreck? How’d a car get in there?

I’ve reached the end of that path, it seems, and must turn back. But before I do so, I decide to test the limits of who I am: Can I drown? I waddle out into the sea and the game doesn’t stop me. I submerge and plummet, see flashes of white, of ropes and masts and hear tunneling voices screaming in an echo. “Come Back” someone says and I am flung upwards, vision darkening until I ease into position. I wake again, on the island, just beside the Golden Ratio.
I turn back. Yes—it turns out—I can drown.

I go back up the island, find pillars of rocks, shipwrecks, and caves with fluorescent light, symbols and scientific markings across it all. I go forward for another 45 minutes, but lo and behold, I’ve already written 600 words about the first 15, so I’ll stop here. 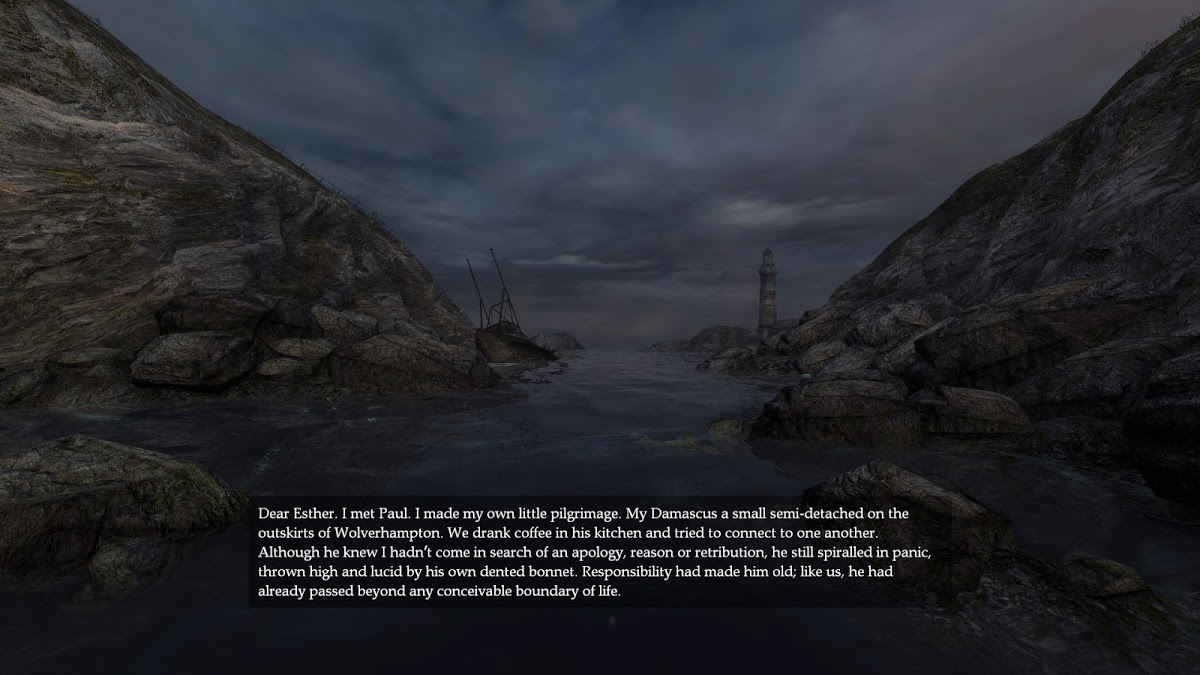 I have intentionally avoided talking about the voice. There is a voice, following you throughout your journey on the island. It tells you a story. Of death and choice. Of the difficulties in life, and of giving up. I will not tell you this story, for this game is about experiencing that story, first and foremost.

So I’d advise you, if you’re interested, to experience that part for yourself.