Let me just say this upfront: StarCraft means a lot to me. It’s been a pretty inherent part of my later life, and I’ve gotten so many things from StarCraft that I don’t know how I would live without now. Even if I play it way less than I did previously, it will remain more special to me than most games.


I discovered my favorite musician through a StarCraft streamer. I discovered what is likely to be my first real idol: The first person that I could genuinely say that I aspired to be more like. I discovered a skill I was good at. I found a place I could turn to where the rest of the world ceased to matter.

During my high school time I more or less survived on two things: Giant Bomb and StarCraft.
It’s pretty close, to be honest.
Maybe that’s a little terrifying, but hey. It’s cool. Don’t worry about it. That was a while ago now. 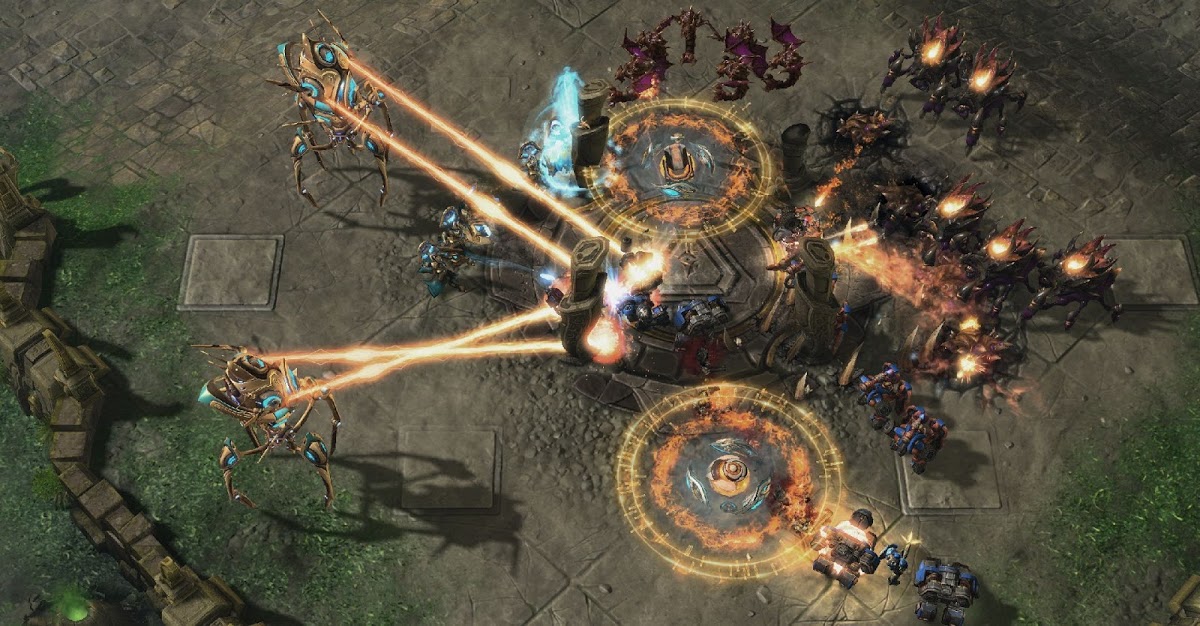 Spoiler: The Zerg will win that. Wait there's Terran in there too?! What the hell? I don't know anymore. Source.

StarCraft 2 is, if you don’t know, a really demanding game. It’s Real-Time Strategy (RTS) game that, in the “famous” words of TotalBiscuit requires “the dexterity of a pianist and the tactical mind of a chess player”. It’s a bit like chess, just imagine you’re playing 5 games of speed-chess while you’re playing the piano. That’s closer. Maybe a slight exaggeration.

It’s the kind of game that you lose yourself in, the type of activity where you can’t think of anything else while playing. The only thing that matters for the twenty or so minutes a match takes is building workers, scouting your opponent, moving your army, attacking in the right location, and not getting supply-blocked (that still happens all the time, though).

It's a game that’s so demanding that you get anxiety before you play it and adrenaline jitters afterwards. I’m not kidding. After a really good, long game, or after a game in a tournament or something like that, you feel it. You have to stand up and walk around.

It’s a game that requires you to do so many different things at once that it’s (almost) physically impossible to do so.
And you think it is until you see a 16-year-old Korean kid nail it and you feel slightly worse about yourself.

It’s a game that, sometimes, isn’t even fun simply because it’s too stressful. 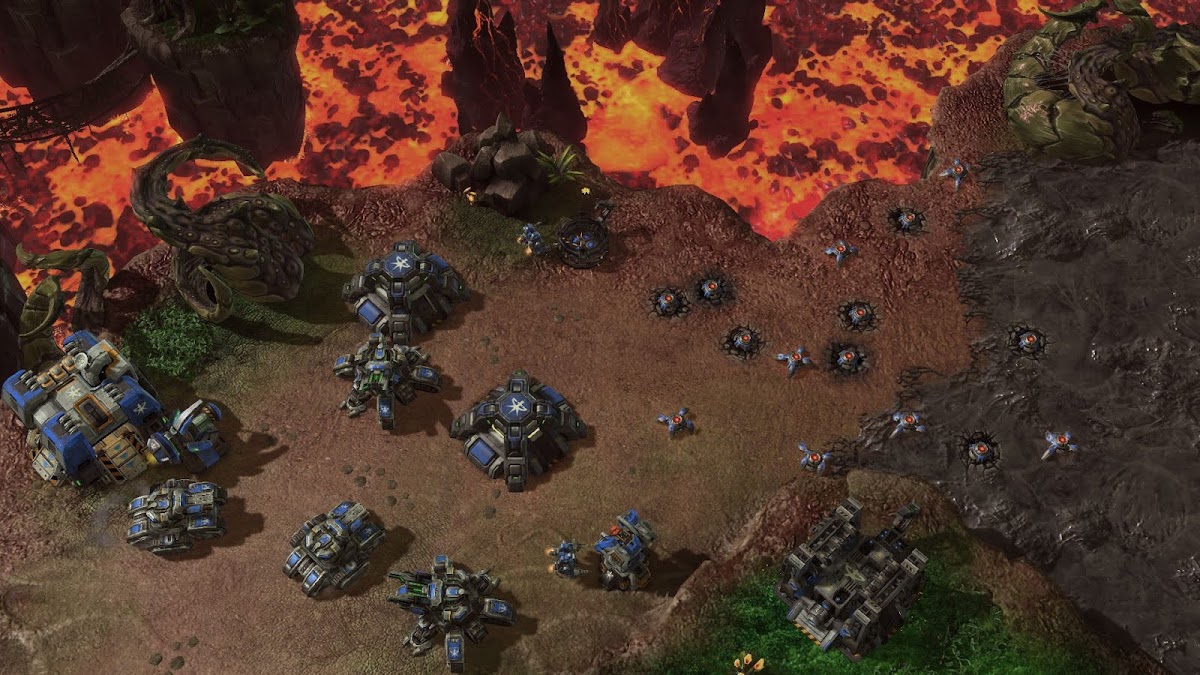 I’ve played StarCraft 2 since it came out in 2010. Bought in on release on a whim after messing around with an… ahem… downloaded… copy of the beta, where I could only play against AI. I had never played the original StarCraft. I was just a little too young to really get it, I think, and none of my friends in elementary school played it. We played WarCraft III instead.

So while I knew I liked RTS’s I didn’t really expect StarCraft to be for me. I don’t know… I just really didn’t know a lot about it. But Blizzard (StarCraft’s developer) has a stellar pedigree, and it looked like a quality game, so I thought I’d at least enjoy the single player campaign. I did. It’s pretty great.

But it was when I started getting into the multiplayer I realized just what kind of magic this game can be.

StarCraft is a game you, primarily, play alone. It came out during high school where I didn’t have anyone to play games with (the reasons for that I won’t get into in detail), so that was kind of ideal for me. Sure, if I’d had people to play with I might have done so and switched to a more team-centric game, but StarCraft came to mean so much to me because it was something that I could do alone. By myself. I didn’t have to perform in front of teammates, I didn’t have to excuse my mistakes to anyone other than me, I could play without worries, just knowing that it was just me and an opponent somewhere around the globe.
When I lose it’s my fault. When I win it’s because I played better than my opponent. I really needed that absolute in my life then.

StarCraft gave me a sense of purpose. Gave a skill I could improve at by my own merits. It gave me something I was good at. It was an element of my life where I could sense improvement. And through Day[9]’s and Giant Bomb’s videos and the StarCraft tournaments I felt a sense of place, of being where other people thought it was okay I could be. If you hadn’t guessed it, Day[9] is the aforementioned idol.

I taught me things I’m still using to this day. Elements of practice, how to approach problems, how to make decisions. How to multitask, how to balance work vs play, which it taught in both a very real sense and in a more metaphorical one.
It taught me how games worked. How strategy works.
And I guess most importantly, it teaches you how rigorous practice and determination can make you better.

The way that game relies on mechanics is really what triggered it for me. StarCraft is not only about trickery, or only about clever strategies and surprising your opponent. Sure, there is some degree of that, and plenty of players have definitely won through surprising their opponent with a quick attack or a new build order. But there’s something else going on too.
Someone can be map-hacking, seeing everything their opponent is doing and still lose. Simply through sheer power of play, simply through raw execution and skill, you can win even though your opponent knows exactly what you’re doing and will be doing. You can win through being better than your opponent at what the game requires of you: Building workers, supply depots, units, moving your army around and so on.
That’s kind of special. The fact that the game is so demanding is what allows this, it’s the reason you become so focused on it, because you’re forced to pay attention if you want to play the game well. 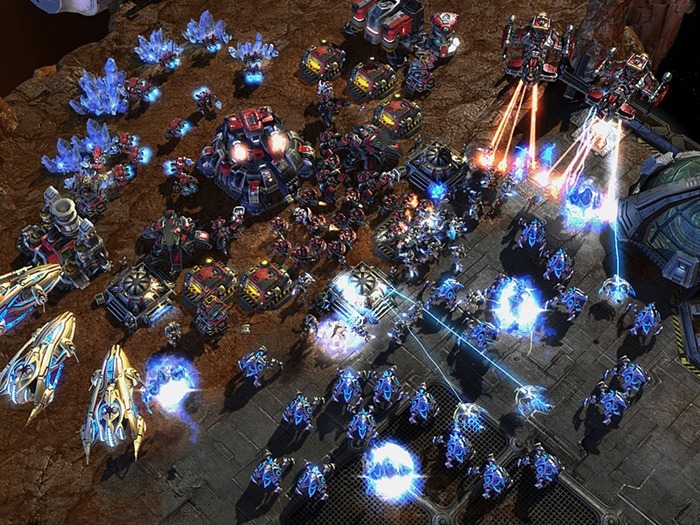 This army placement is... interesting. Also this is really old. Sentries (the blue-yellow kinda moon-shaped ones) look weird. Source

And it’s funny. While it is an extremely stressful game, I actually do think it helps me alleviate stress. It helps me escape. It helps me lose my entire mind into another space in a way that no other game I’ve experienced comes close to. It’s utterly complete. When I play StarCraft I’m just gone. I often listen to music while I play, but after a match I will not be able to tell you what songs I listened to during. I simply did not have a second to register what I was even listening to. A cup of tea will get cold on my table if I play StarCraft (those who know me will know that that’s kind of a big deal).


And that total escapism helps, I think. Even if it is itself a stressful world to escape into, it allows me to cope with life. It allows me a moment where I don’t have to remember to write that email or worry about what I’ll say tomorrow, where I can forget the work I’m doing and the many thoughts that always fly through my mind.

And I even think that the fact that its not relaxing helps too. Sure, sometimes I can’t play StarCraft because I’m too tired. But I think that the trigger of it being involved, that I have to focus on it, that I am forced away from the world because I have to in order to play the game, enables me to lose myself way easier. And it’s far more effective.

I don’t play it to become pro. I don’t play become the best in the world at this game. I play to… remain competent. Is that a thing? Does someone really remain happy as long as they are… level? Adequate? Average?
Ok, granted, I’m probably slightly above average at StarCraft, but still. I’m not great anymore, necessarily. I don’t care about being so. I know I don’t have enough time to stay as high in rankings as I used to (which really wasn’t that high, to any StarCraft player worth anything). I want to be at the level where mechanical brilliance isn’t the only factor anymore, so I can engage with the layers of strategy that are so fun in the game, but I don’t care about being better.

StarCraft also what got me into e-sports (yay, that word), but I think I’ll save that for another time as this is already long enough.

I’m don’t play StarCraft as much anymore. Blame on less time, blame it on new games that I also want to play. Blame on the fact that I now have friends to play games with. Blame it on many things. But don’t mistake it as me losing reverence for the magic that game has instilled inside me.
Like it has for the many others intertwined in StarCraft, it will remain a special game that almost defies categorization. I’ve once wondered if StarCraft 2 was my favorite game of all time. But it feels so different, so unlike any other game that I couldn’t really put it in that same lump. It’s… StarCraft.
There’s all the other games. And then there’s StarCraft. 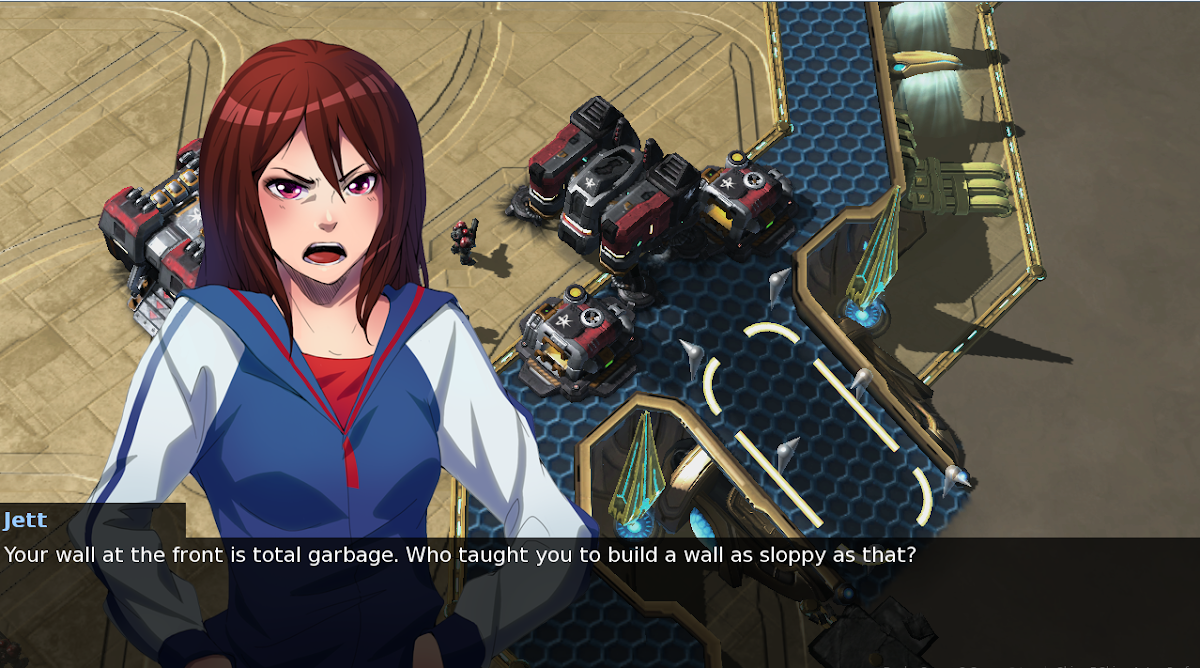 What a world we live in.

And it’s free! Have a play over here. And the best part is you don’t have to have had any StarCraft experience to play (read) it, as it guides you quite well into the entire culture.


But don’t take my word for it, read the excellent article from Laura Hudson that notified me of its existence. (Or watch John and Genna Bain play through the first 1½ hour here).