November is that really sucky time of year where the weather is just grey and boring and bland. Or maybe it's just in Denmark where it's dark grey clouds, no snow, and spattering rain that is too lazy to be called rain by any respectable standards.

It's not quite December yet so in the Western parts of the world we can't really be excited about Christmas (even if that's what the advertisements often want you to).

And there isn't really anything else exciting happening in November. When you're not in America there's no Thanksgiving, so it's devoid of any holidays.

It's just a waiting month.

For a lot of people, that is.

It's not really a competition because you're not fighting anyone, and you don't win over anyone—only yourself. If you have written 50.000 words by 1st of December, you have won. 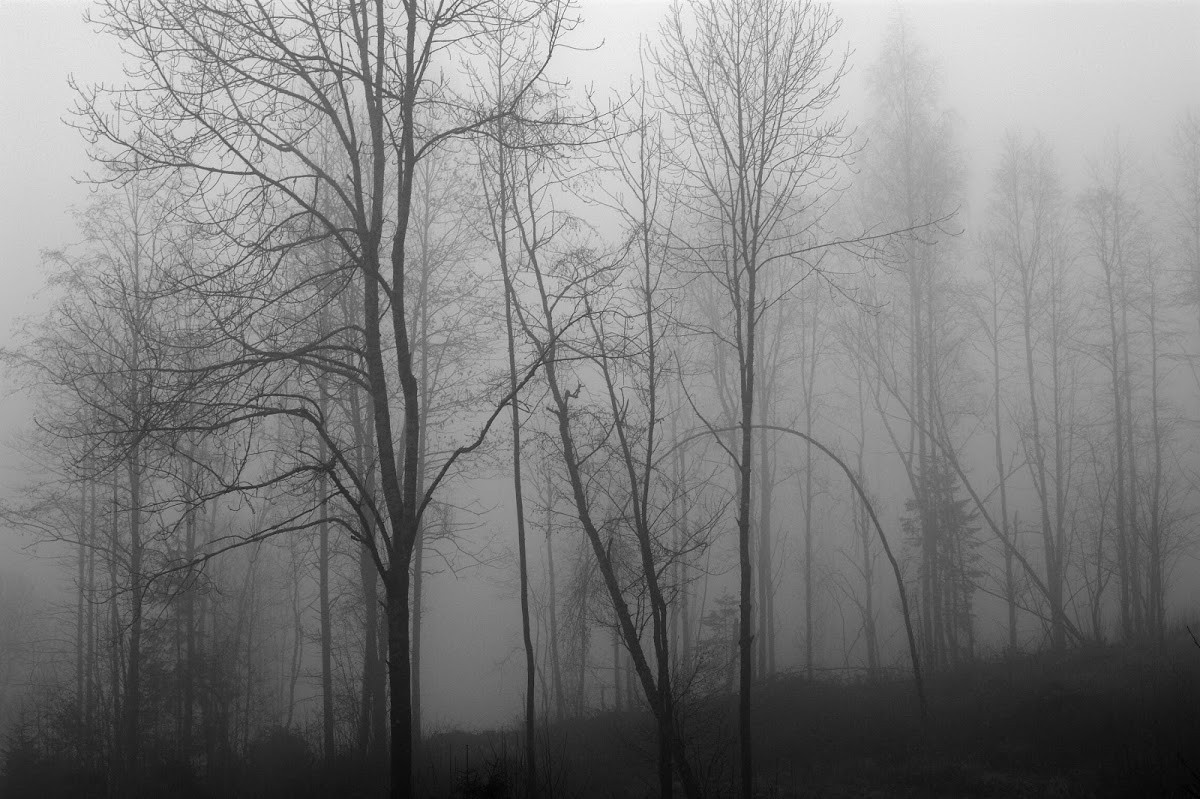 Google Images makes November look way too good. 90% of the images are beautiful red leaves in dense forests. Even this one looks makes the grey look fantastic. Source: http://www.flickr.com/photos/randihausken/6310199747/

I joined (and won) NaNoWriMo for the first time two years ago, when I finally committed to writing something. It is an amazing experience. Because of the time limit you don't have any chance to stop and rethink what you're writing so you're just going with the first idea that pops into your head.

Is that the best idea? Is that the smartest way to take the story? Who knows? What matters is getting words on the page. Worrying about what they mean comes later.

And that is truly the genius of NaNo'ing. When you start out writing a book it feels so monumental a task that you think "Wow, how am I ever going to make sense of this? How am I ever going to figure out all the things I need?" And then I stopped, because I couldn't answer those questions. I needed to start writing something first.

When writing in NaNoWriMo, you skip all the questions, all the worry, and just fucking write. All that stuff about creating something good comes after: Because you know what? It is way easier to create something good when you've got something bad to fix instead of a blank page. It is far easier to say "Wait this doesn't work, how about doing this?" than asking "Would this idea work?" The last question is much more difficult to answer. For me at least. I don't know something until I've seen it done.

I love NaNoWriMo because it got me started writing. I would love to participate again, but now, twice in a row, two years after I did it the first time, I have had to say no; not this year.

I started my book in November 2012 and I'm still working on that book now. Because I over scoped immensely what I could accomplish in 50.000 words. Because I am way too ambitious and keep wanting to make it better. Because I love the world and the characters I'm working with too much to leave them half-finished.

But that means that the revision process takes over for the maniacal flurry that should be November for a writer, and I'm kind of sad about that right now.

Seeing my twitter get flooded with NaNoWordSprints is giving me mixed feelings. I would love to participate. But I'm doing something equally amazing by myself right now, so I have to steel myself, keep working, and repeat what I told myself last time:

Next year, NaNo. Next year.