Let’s figure out which games are the best.
In my opinion. Purely.

All right, just to get the rules out of the way: I’m doing this Giant Bomb style, which means that I aim to create a Top 10 list, but I don’t know what the list is yet, so this blog is my own personal deliberation about what goes where and what wins—not just a presentation of a list.

So, let’s start. These are all the games I’ve played this year which came out in 2015, in no particular order:

So, let me just get this out of the way:
This won’t be a long, slow deliberation that leads up to two final candidates that I discuss and argue over for most of this. There won't be two-three games I'm going to harp on until I decide a winner.
Because I already know what’s going to win.

The Witcher 3’s my Game of the Year. Congratulations.

All images are taken from the amazing Deadendthrills.

Okay, that sounded a little sarcastic.

Allow me to explain why The Witcher 3 is my favorite game of 2015, possibly of all time:
The original Witcher is one of my absolute favorite games. It was the game that got me interested in storytelling in video games, it was the game that showed how cool and well branching narrative could be done. It had a fantastic world and splendid characters... and a lot of faults, most of which The Witcher 2 fixed. Unfortunately, the sequel lacked some other aspects, for example the more open world and sense of place that the first one nailed. 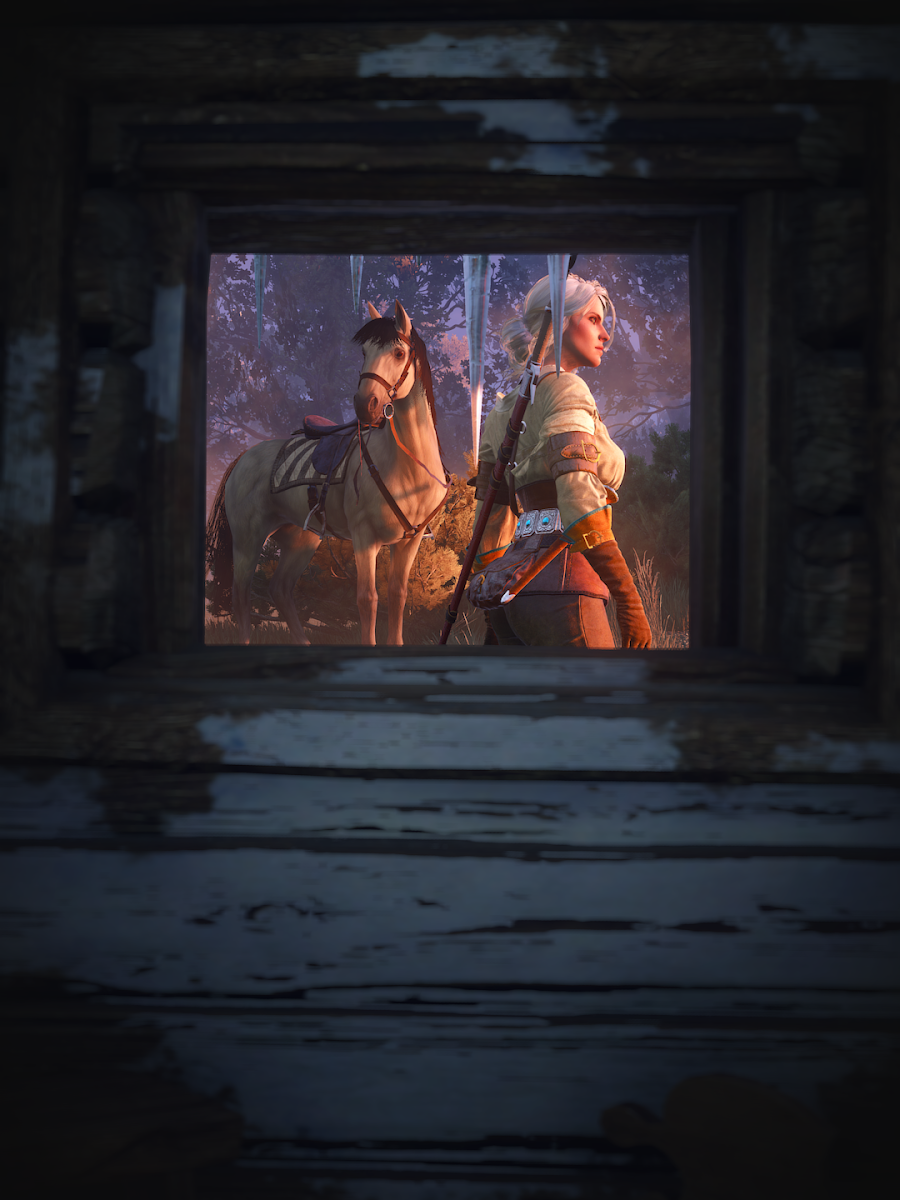 The Witcher 3 is an almost perfect amalgamation of those two games. It’s got a fantastic, interesting, realized world, an absolute wonderful story, amazing characters, and there’s literally no other game that makes me feel so much in a different world as that one. Also, quick shout out to Hearts of Stone for being a spectacular expansion with one of the best villains I’ve ever seen.

It’s really good. Go play it. All of it.

Let’s take a look at the list where we disqualify games that don’t quite work:

The reasoning being that they’re either expansions or I’ve played them on other platforms before.

Yes, yes, I know. I’m disqualifying StarCraft. And that’s bad. But it’s an expansion, and there are now 10 games on the list, so that works out nicely.
Also, I always have a bit of difficulty placing StarCraft in the same league as other games, because it’s just something… so different for me. So this is an easy solution.

I'm trying to subliminally tell you to play the Witcher. Is it working?

So, now we get to some of the tougher decisions. A lot of good games on that list. Hell, all those games are really, really good. (Turns out I’ve only played good games this year!).

I’m going to start from the top, simply because I have a pretty good hunch what my number two is. And it’s already there: Rocket League.

I don’t understand how, but Steam claims I’ve played that game for 81 hours already. And I bought it in… July, I think. 81 hours?! Where did I get that much time in??

Rocket League has become my go-to “I-have-fifteen-minutes-to-kill” game, or my break game in between work and other things. And I don’t see that stopping anytime soon. That game is just ridiculously good. Perfectly balanced, juiced to all hell, got a game feel that just is above anything else this year.
AndiIt takes all my favorite elements of playing football, condensed into a five minute experience, and I don’t have to run around on a pitch with people I don’t like. What’s not to love?

Now, I’ll admit wholeheartedly that the only game on the list I’ve actually finished is the Witcher 3 (of those that are “finishable” at least). So, for the rest of the list I can only really take into account what I’ve played, and the promise it’s setting forth from that.
And I also include Her Story there, because while I have “finished” it to the point where I feel I’ve seen the story enough to know what’s going on, I haven’t seen every part of it, so there might be something I’m missing. 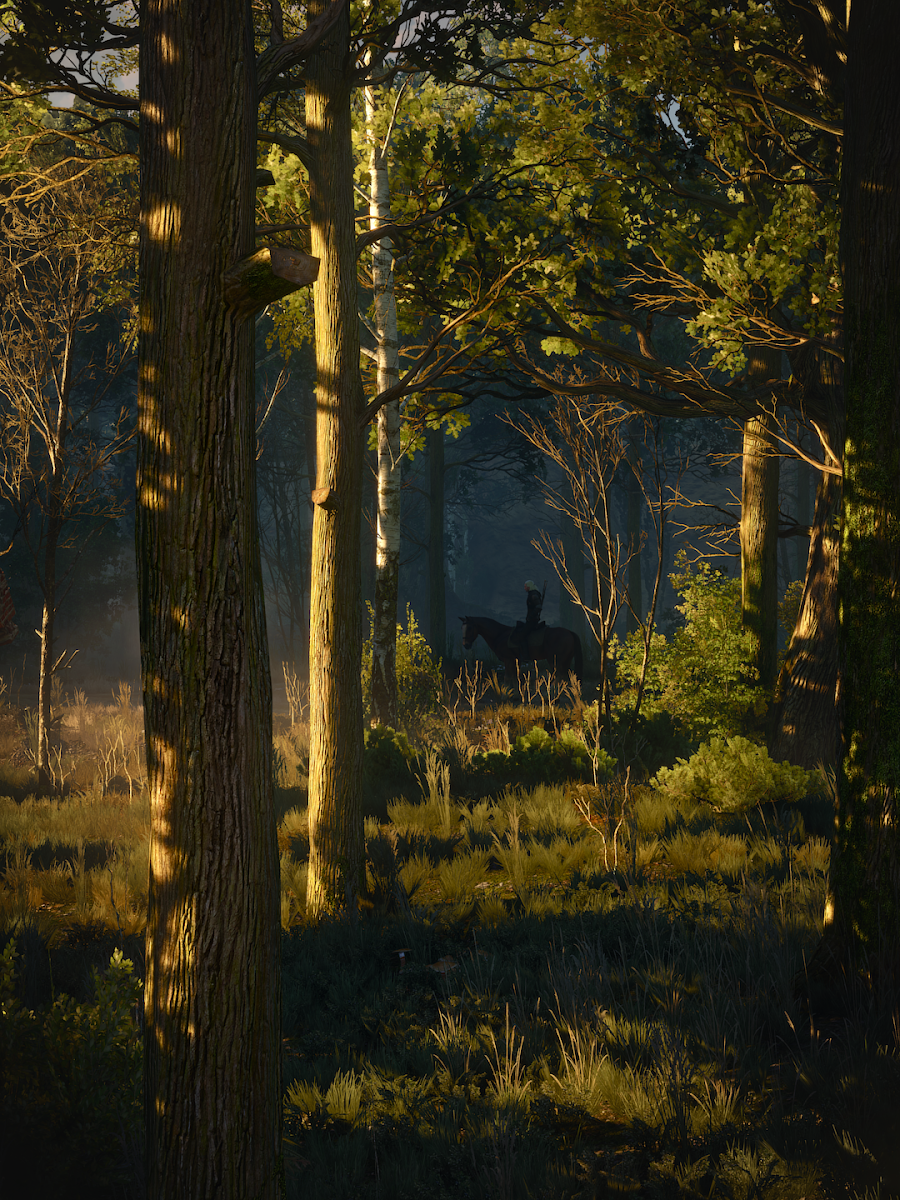 With that said, the next couple games are a toss-up between Heroes of the Storm, Her Story, Life is Strange, The Talos Principle, and Metal Gear Solid V.

But I think I have to give something to Her Story for just doing something completely different. I have never seen that type of storytelling in a game before. It’s unique (and yes, I know similar games have been developed in the Inferactive fiction arena, but there's still a lot to take from the specific way Her Story does things that I think really works), and wholly engrossing in telling a story while leaving all the agency to the player.

For that alone I’d grant it 3rd place. It’s also a cool story and one hell of a mind twist when you realize what’s going on there, so yeah, that’s probably my number three.

Life is Strange, MGS V, and The Talos Principle are all games I find hard to talk about without having finished them because they’re all so much about their story.

However, MGS V deserves something for being possibly the best feeling third person shooter stealth game I’ve ever played. There’s just something about the acts of aiming and shooting a gun and crawling around in that game that no other game has gotten close to doing as well. I have some problems with the story and presentation, and there are too many missions that don’t progress the story but are still mandatory, and it sounds like this doesn’t get better as it goes on. However, I needed to mention that.

Heroes of the Storm, though, has taken up another place in my life. It’s become the de facto game I’m playing with my friends. Grant that on the accessibility, on the fact that it’s free and playable on both a mac and a PC, because much my entire friend circle can and are playing that game at the moment. Blizzard don’t include timeplayed in that and StarCraft, though, so I don’t know how long I’ve played it, but it’s probably more than Rocket League. It’s a lot, for sure.
It’s a MOBA for people who don’t want to deal with the complexities of other MOBA’s, and it’s streamlined and “Blizzarded” to a stellar degree (that can be a verb, right? “Blizzarded”? To Blizzard something? I think that works (People not into games will be very confused)).

So I think Heroes of the Storm gets a fairly high position simply because it’s become something I do with my friends. That might not sound like a good enough reason? Well, whatever. It’s my list.

Man, I don’t know if Life is Strange is above or below The Talos Principle. But I’ve played too little Talos Principle to be completely sure where that’s going. I would love to get back to it, but I just sort of fell off. They’re close. And Life is Strange does have some unpolished parts and awkward things, but mostly it’s really good.

And that leaves the oddest final trifecta I’ve ever seen.
Yakuza 5, Crypt of the Necrodancer, and Project CARS.
Huh.

Yakuza 5 especially was a game I did not foresee happening on this list, as I only started playing it two weeks ago. But man, I’ve almost played nothing else since. It’s one of the weirdest games I’ve ever played. One of the most genre-shifting, tone-altering games, one of the strangest mix-up of different genres that just leaves me dumbfounded and wanting more. One moment I’m driving a taxi (obeying traffic rules and everything) and the next I’m involved in a prison drama and then I’m on a snowmobile, leading right into an (ELABORATE) hunting minigame—and in between I had a fistfight with a bear. And now I'm playing as a J-pop idol in training!

I have no idea what’ll happen next in that game and that’s enough for me to be thoroughly impressed by it. The only reason this isn’t higher on the list is because I still have played so little of it and it’s so fresh in my memory. It might turn out horrible by the end, who knows? But right now, I doubt it.

Crypt of the Necrodancer is really cool, and a spectacular mix of rhythm game and roguelike-lite-whatever. I haven’t played it much (I think Rocket League came and overtook it’s place, since I used to play roguelikes in that 20 minute burst time before), but it’s really well designed and fun to mess around with, and appropriately hard. And it has possibly the best soundtrack of this year—at least the one I’ve listened to the most.

Project CARS is a game I bought more or less exclusively to play with the Oculus. And for that, it’s a pretty amazing experience. Driving a car down lap after lap, seeing nothing else and focusing fully on just nailing those turns is an exhausting experience. It’s the first racing game in a long time where I was actually more focused on driving well than winning. My only regret is I haven’t gone around to doing it overly much either. It’s quite a big time commitment to put into a driving game—and it pays off—but I haven’t dedicated enough space for it, really. So I don’t think I can grant it higher than the tenth spot.

Other than that, I think the remaining list is pretty much Yakuza 5, then Crypt of the Necrodancer.

Maybe Talos Principle and Life is Strange should be switched around? Maybe Yakuza 5 really should be higher. Maybe Her Story should be lower?

But no, let's agree for now, this is my list: 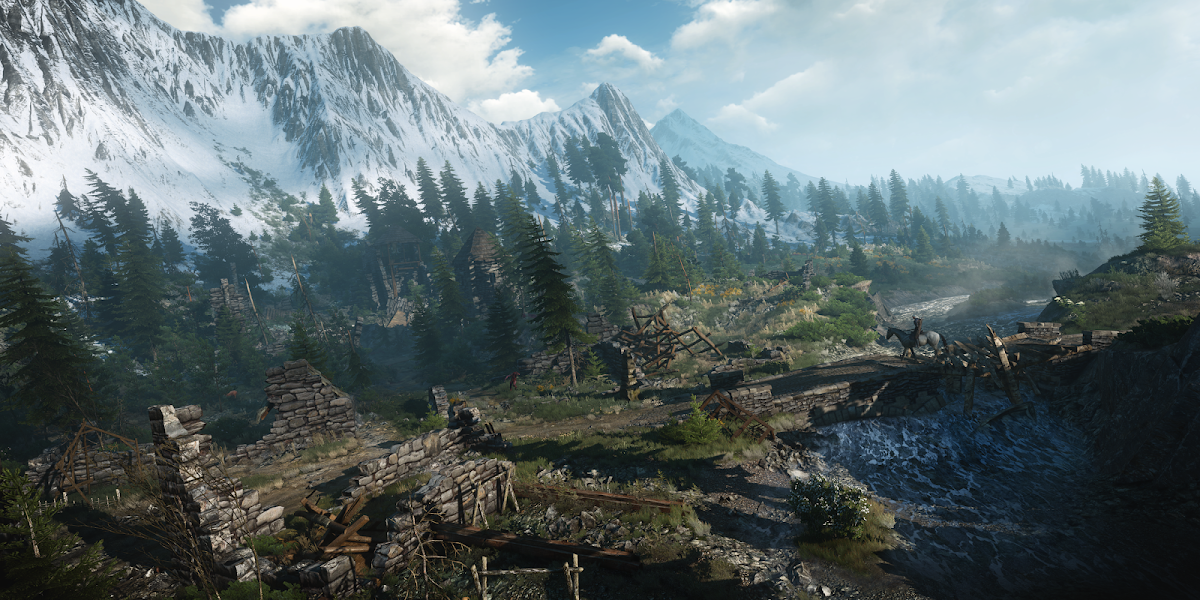 Now, this comes with a huge list of caveats, namely this list of games I haven't played but suspect might have contended a spot or two if I had:

It's always annoying when the haven't-played list is longer than the have-played, no?
So many games.

Regardless, here's to a great year! 2015 was awesome! For a lot of reasons! Not least for the amount of spectacular games that came out, but also for several personal reasons for me.