I’m going to sell you on a show. It might sound like a hard sell at first but believe me when I say I have obsessed over this thing for the last couple of weeks (in between too much Destiny) for a very good reason. If you’re into game design or rules or social deduction games or just watching people being clever, you should read on.

I am telling you to watch “The Genius”. Not “Genius”, a National Geographic documentary about Einstein from 2017.
No, “The Genius” is a South Korean gameshow that ran from 2013 to 2015. The pitch sounds generic at first: 13 celebrities and talented people (but universally pretty, it is TV after all) come in and compete in a series of games, with one eliminated every round, to declare a final winner after 12 episodes. And yes, I also tune out of reality shows like this, normally. However, the trick here lies in the kinds of games they play, how they play them, and how it is shown. 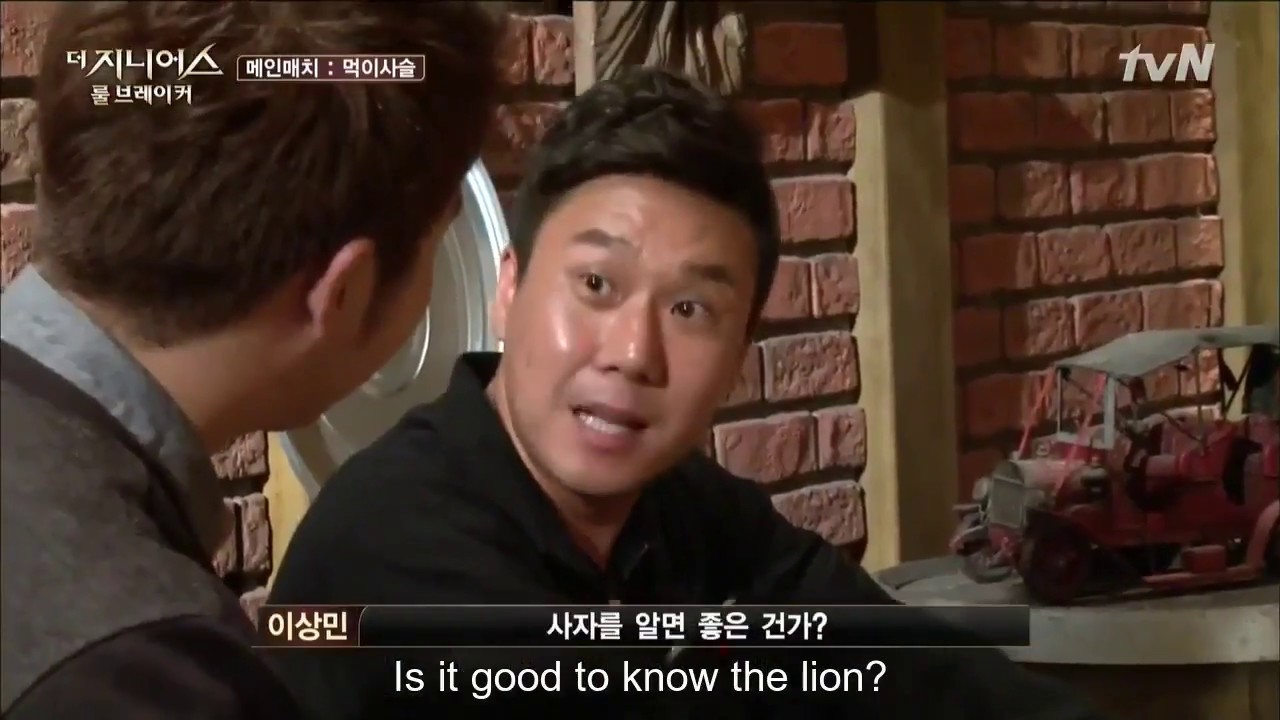 Sangmin with the real questions. (Yeah, I know it doesn't make any sense. I'm sticking with it.)

The real star when you're getting into this show is the games. They are all types of social deduction games, hidden information games, lying games, betting games or the like. They’re all about trying to outwit the opponent or gathering more information than them and purposefully keeping the rest in the dark. It’s all about creating alliances for your own benefit and betraying them when it benefits you more.

And crucially, it is a new game every time. Every episode, the contestants are told the rules and need to figure out how they want to play right then. Because here’s the other key crux: While each game has rules, everything that isn’t specified by those rules is allowed (except... crime). That means players can use any manner of trickery they can conceive to get the upper hand. Whether it be trading cards, spying, writing hidden notes, making noise to confuse, listening in on conversations, specifying code words for hidden deals, or whatever you can imagine: It’s being done.

The games themselves are all worth studying from a game design perspective because most of them are incredibly simple at first glance, but they always leave enough room to let the contestants outsmart the rules to their advantage. And it is a joy every time to see someone straight up break a game’s design and then have someone else come in with an even smarter strategy twenty minutes later.

The show itself, too, has another thing going for it: It is willing to lie. 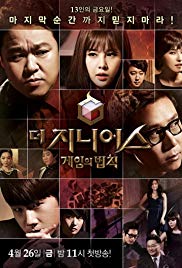 Just like some of the players are in the dark at first, so is the audience. A betrayal might be happening throughout the show, but it is not revealed until the moment when the trap is sprung, leaving us the viewers just as surprised as the (other) contestants. Then the show pulls back and reveals how it happened right under our noses, with quick messages passed here and there, alliances that formed even before the ones we saw form, how someone was actually a spy the whole time.

It leaves you guessing the whole time through, trying to play the game along with the contestants, trying to figure out if what you’re being told by him was true since it doesn’t match up with what she said. Every episode becomes a grand cat-and-mouse game of playing the game along with the contestants, and it can feel just as riveting as if you were a part of it yourself.

The second hurdle to watching this show (outside of knowing about it) is it’s a Korean show with Korean celebrities, meaning a western audience won’t know any (usually). And Korean names can sound similar to our dumb ears so the first episode of every new season takes a lot of “who was that person again?”. Fortunately, the cast dwindles down and you quickly get a few favourites you root for that help ground what’s happening. It’s far less of a problem that it seems like in the first 30 minutes.

Because once you get over that hump, it’s a good mix of people that lead to phenomenal interactions. There’s TV show hosts, comedians, gamblers, professional game players, university top students, lawyers, and pop idols, and they all have to utilize their strengths while trying to mitigate the others’. And yes, there’s a StarCraft player in it. If you didn’t realize that StarCraft is big in Korea, Hong Jinho, (known as YellOw in StarCraft, one of the biggest players of StarCraft 1) is one of the contestants of the first season. And yes, I was naturally rooting for him the moment I learned this (And lemme tell you he’s fucking gooooood!! Damn, he does some fun plays).

They’re all smart people. Some are traditionally intelligent. Some of them are natural liars. Some are good at sussing out the rules of a game and finding the best strategies. Some are great at picking the right people to ally with and some are just natural chameleons who can do whatever the situation needs of them.
I like watching clever people do clever things and this show doesn’t disappoint in that department.

It is drama, but it is the natural drama that occurs out of tense games and layered conversations. If you’ve ever had a stellar board game session of Werewolf or Secret Hitler or even Poker you know what I mean.
They are playing the game on-screen and have the drama unfolded for real. And it’s exciting to feel like you’re a part of it.

And the best part?

The entire first season is free on YouTube with subtitling by Bumdidlyumptious4 here. Watch the first episode, and you should quickly realize if it’s something you’re into. The first episode is good, but trust me, it only gets better from there.
(And you can *ahem* ask me *ahem* for the other 3 seasons when you’re done with that one.)

Go give it a watch!

The full playlist is here (can't embed a playlist).
And give me a shout if you do! I'm dying to talk to other people about the brilliance of this show.