Last time, we made our way into the deadly, dangerous, fortified Pirate Fortress, full of barrels and treasure, and... and... 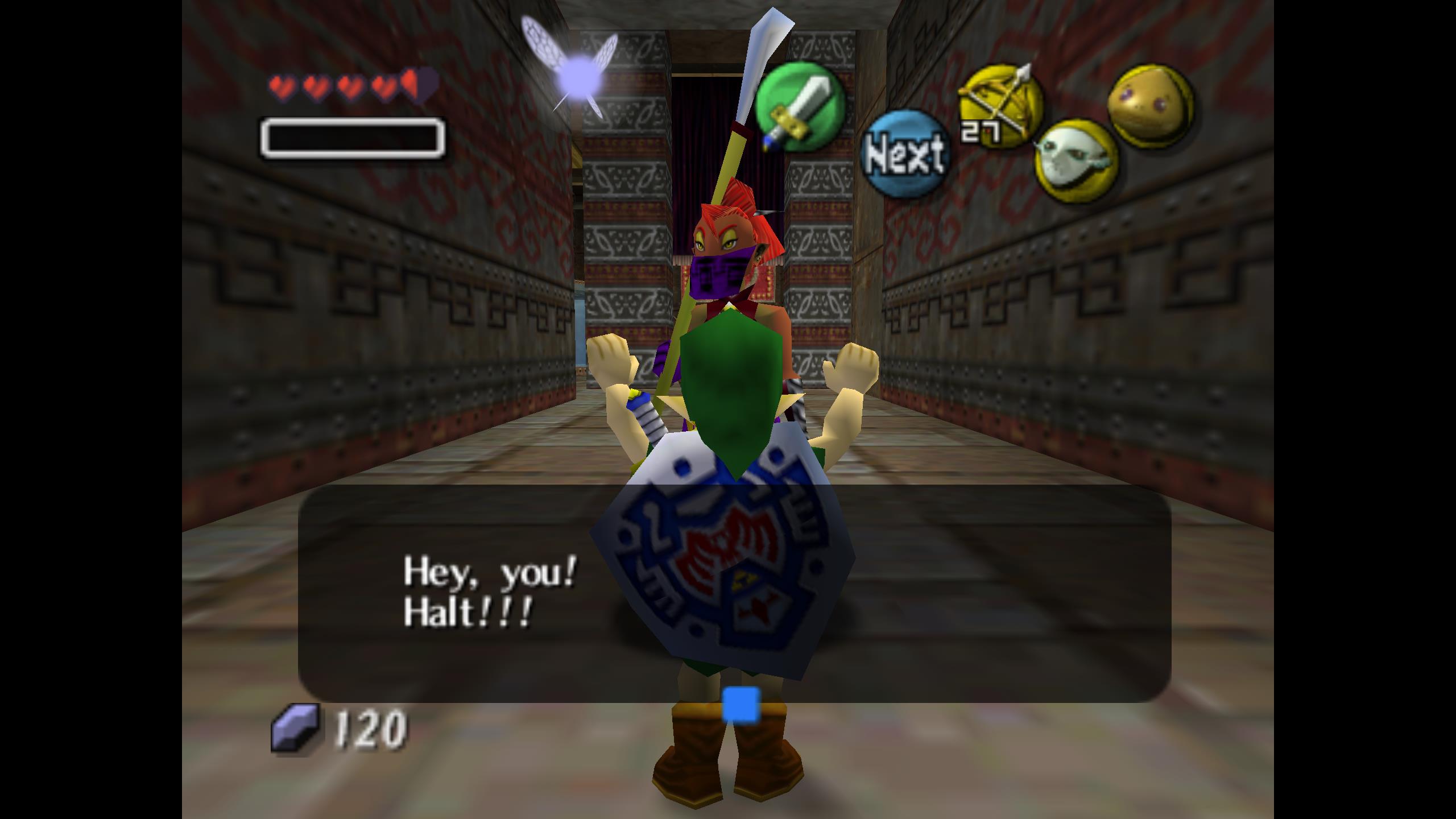 Yeah, I saw that screen a lot today. It was very fun. 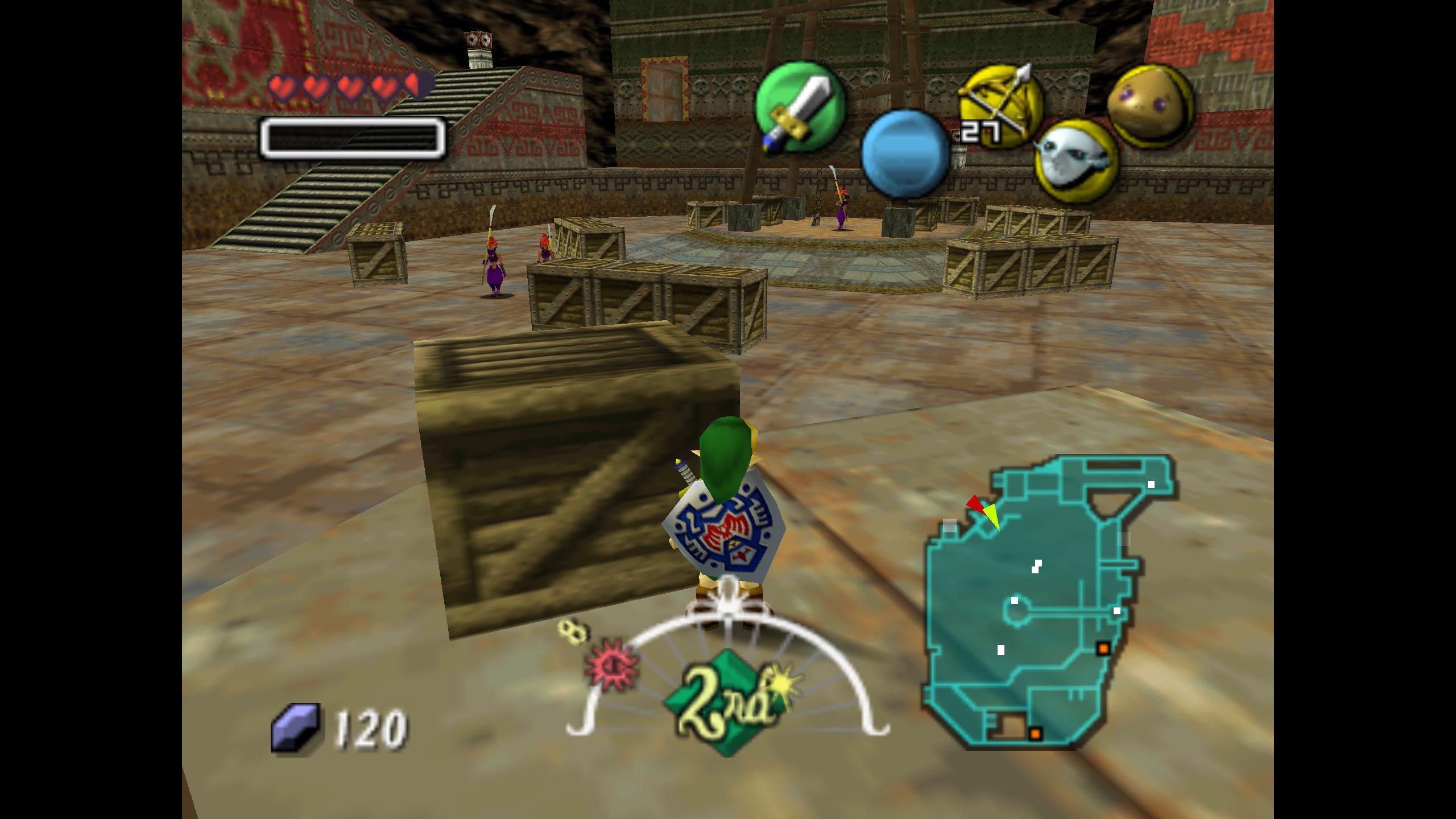 The main courtyard was full of patrolling guards, so I first went around the periphery, into a door, and... saw that very screen up there. So.. turns out, in this big open courtyard where you cannot possibly be spotted, the place you're supposed to go is... 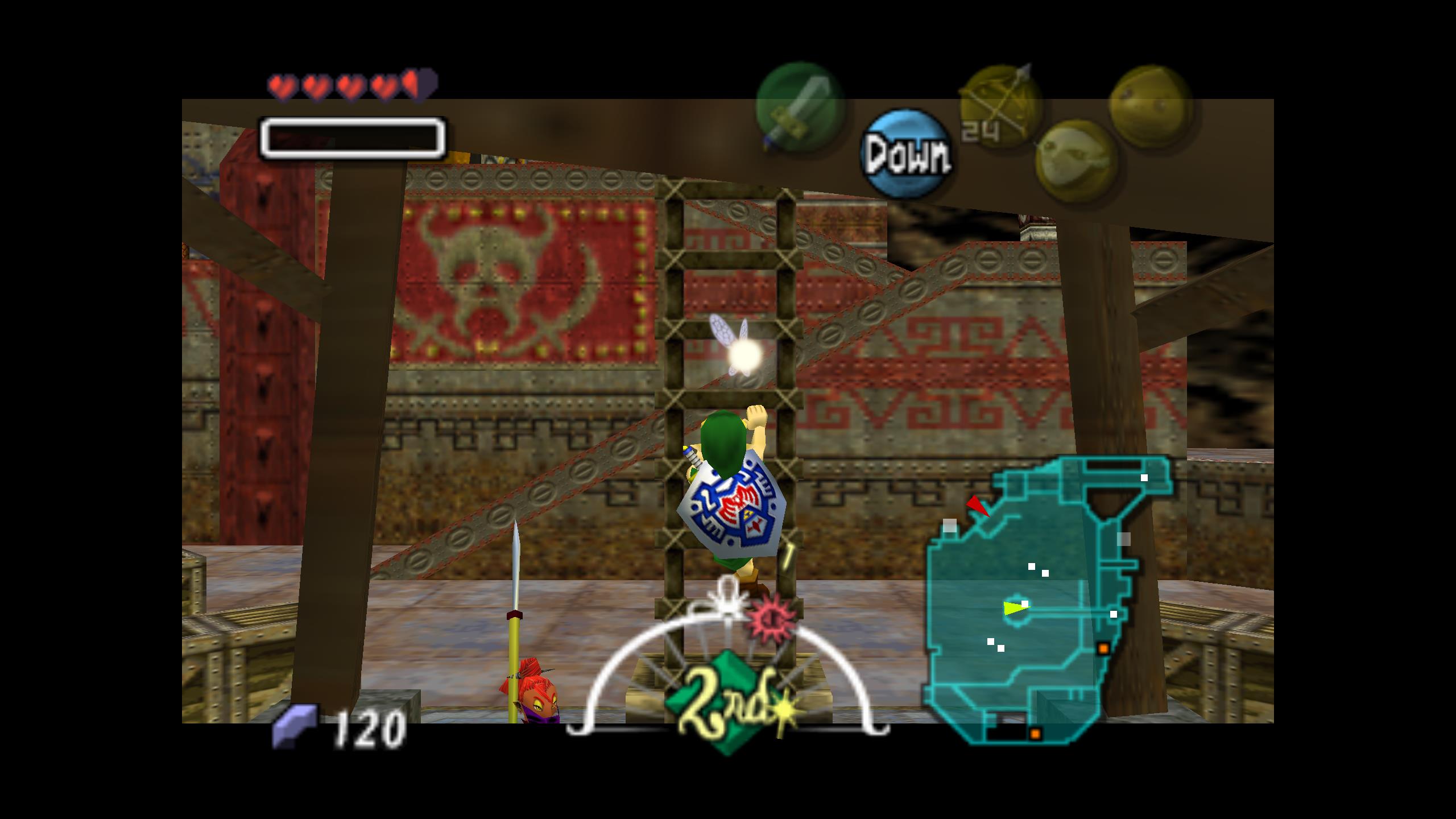 the obvious ladder, in the middle of it. She's even looking at me in the screenshot!
But no matter, there's another one on top of the bridge. What are we going to do? 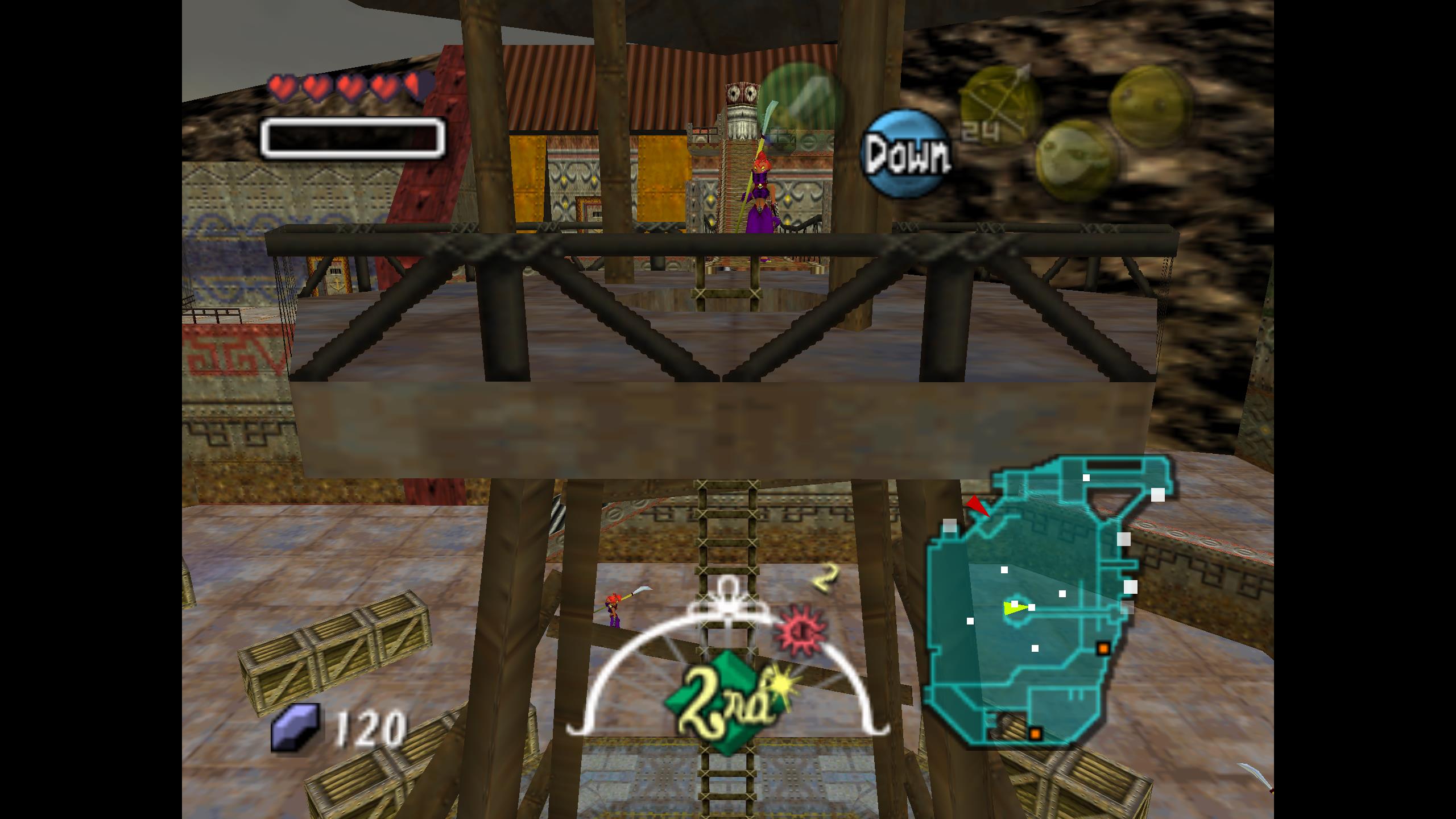 If the camera can't see me, she can't either.

Easy peasy, across the bridge and inside, Tatl is about to throw a fit 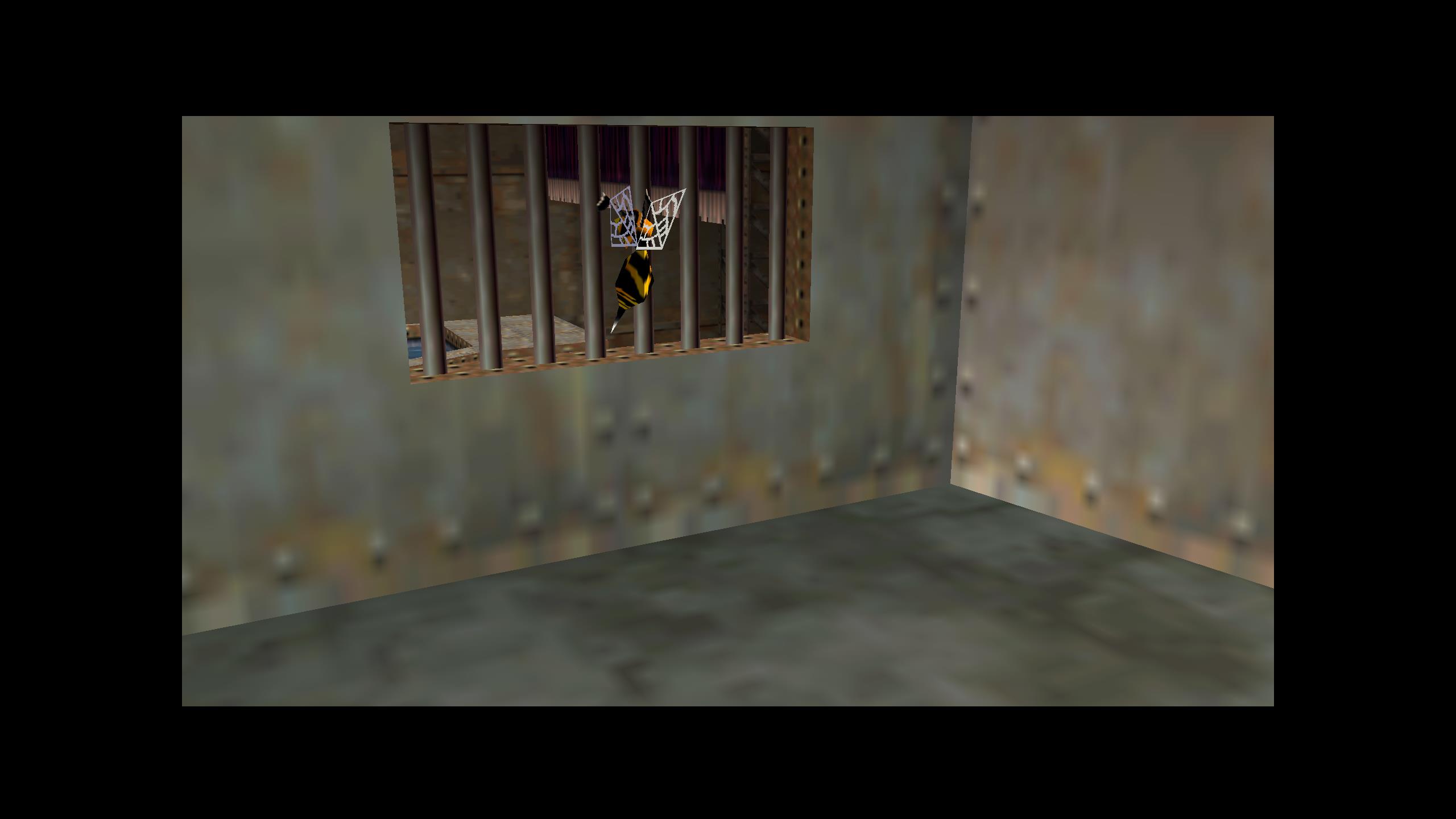 because of a wasp.
Which hey, fair. That's a big damn wasp and Tatl is just a small fairy. Not sure Tatl has any place a wasp could even sting her, but whatever. The wasp flies through a barred window and then we hear voices. 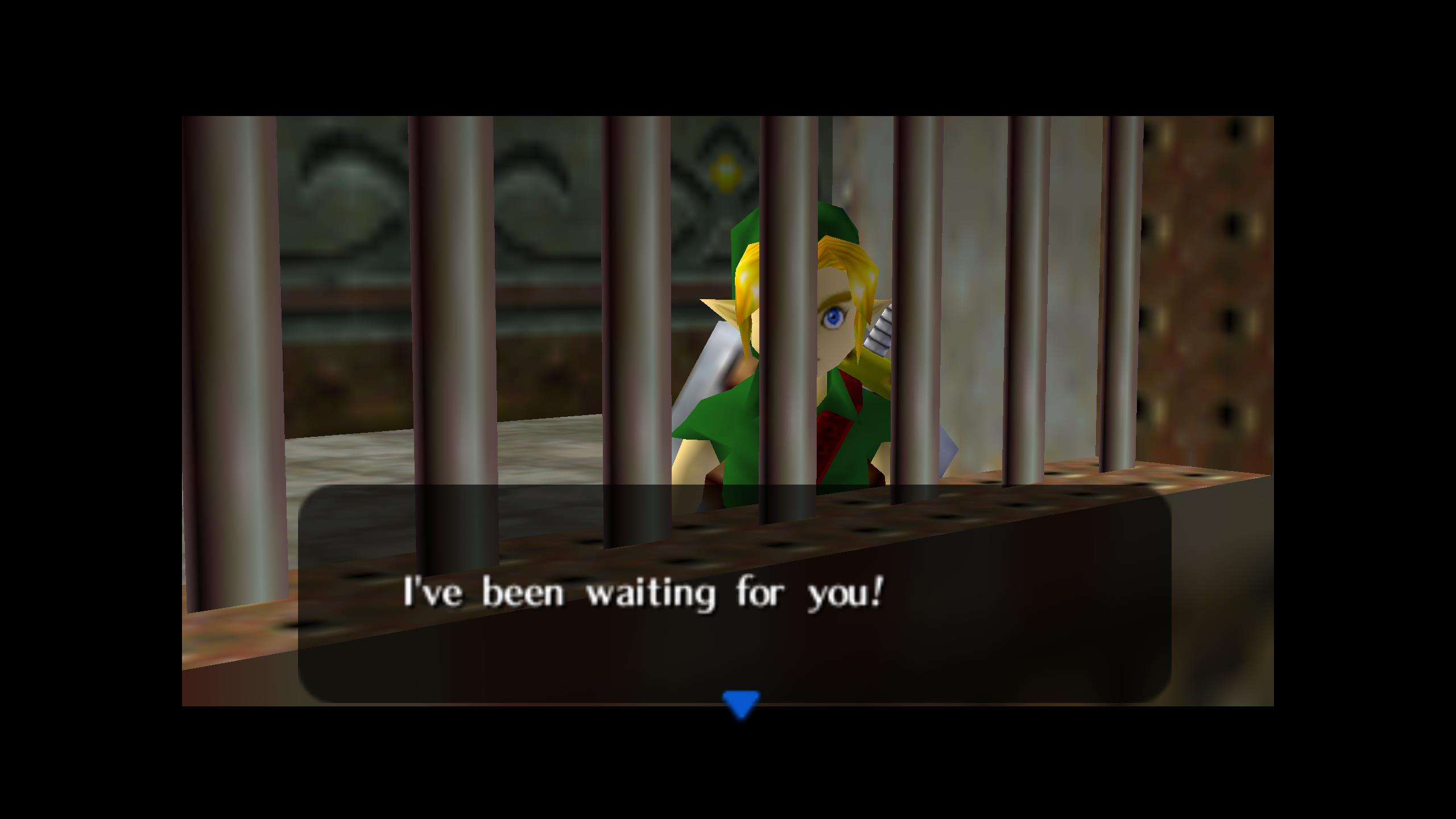 WANDERING RUNNING MAN?! IS THAT YOU 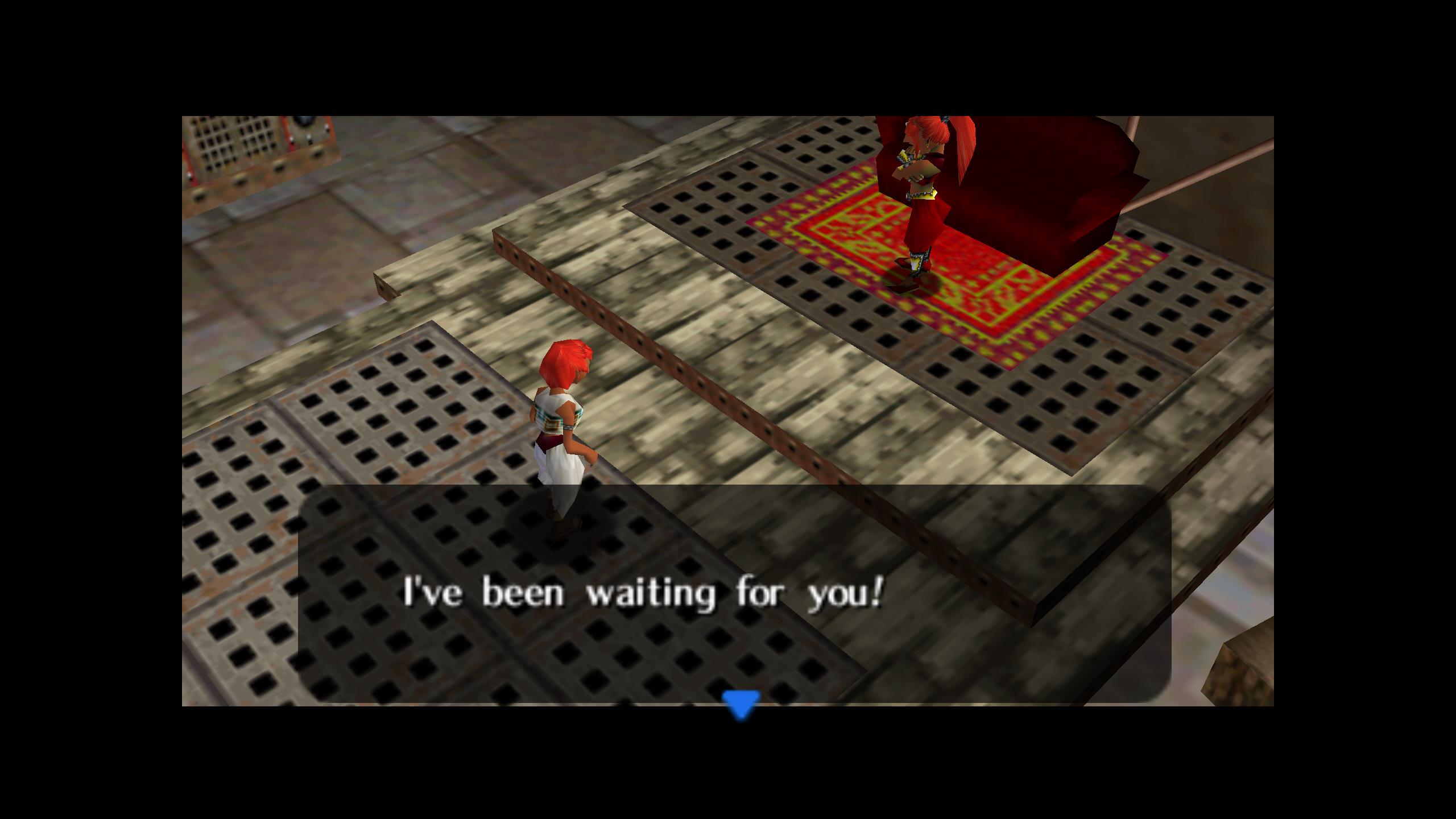 Oh. It's not. It's just two pirates, talking about pirate things. 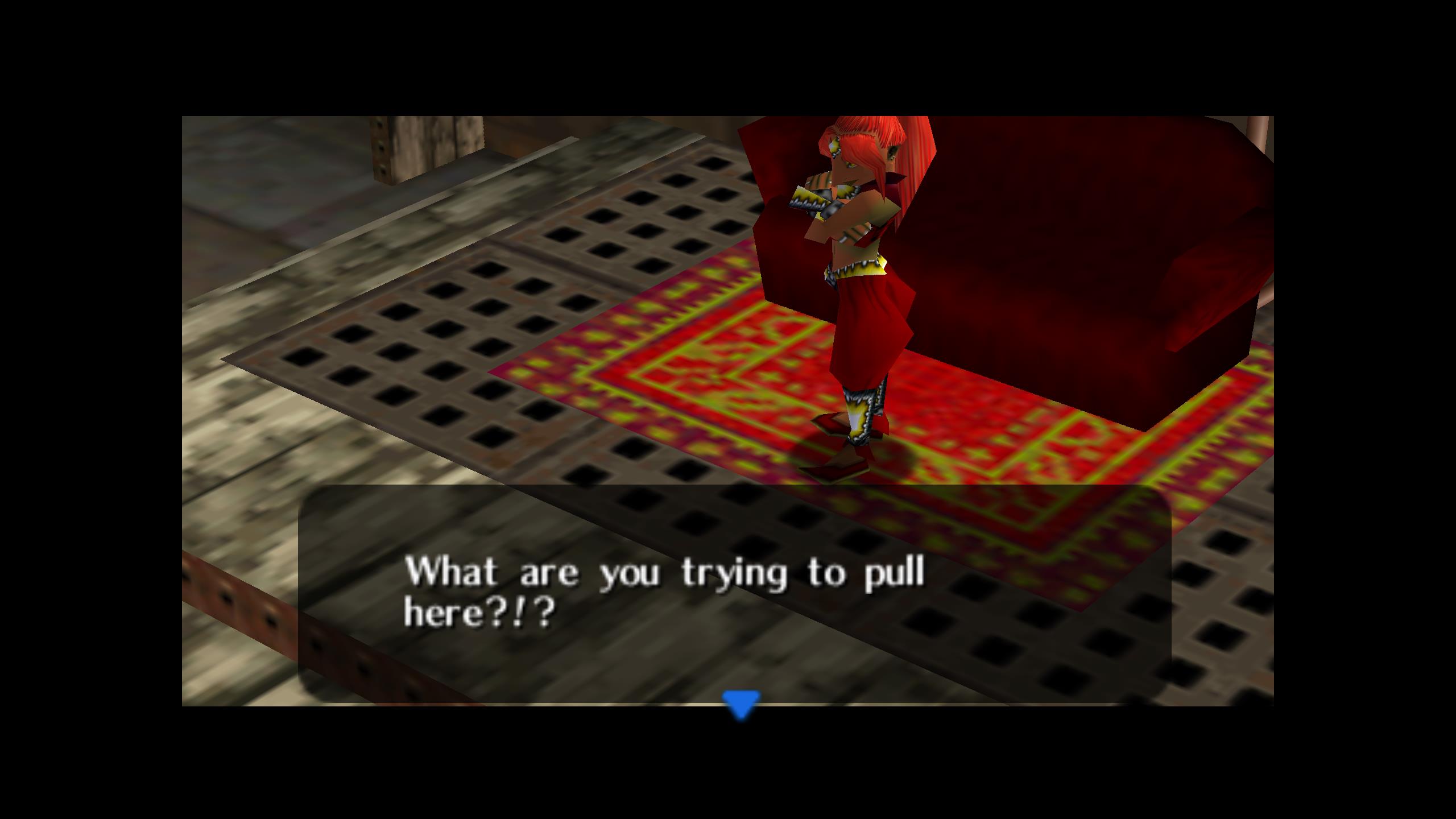 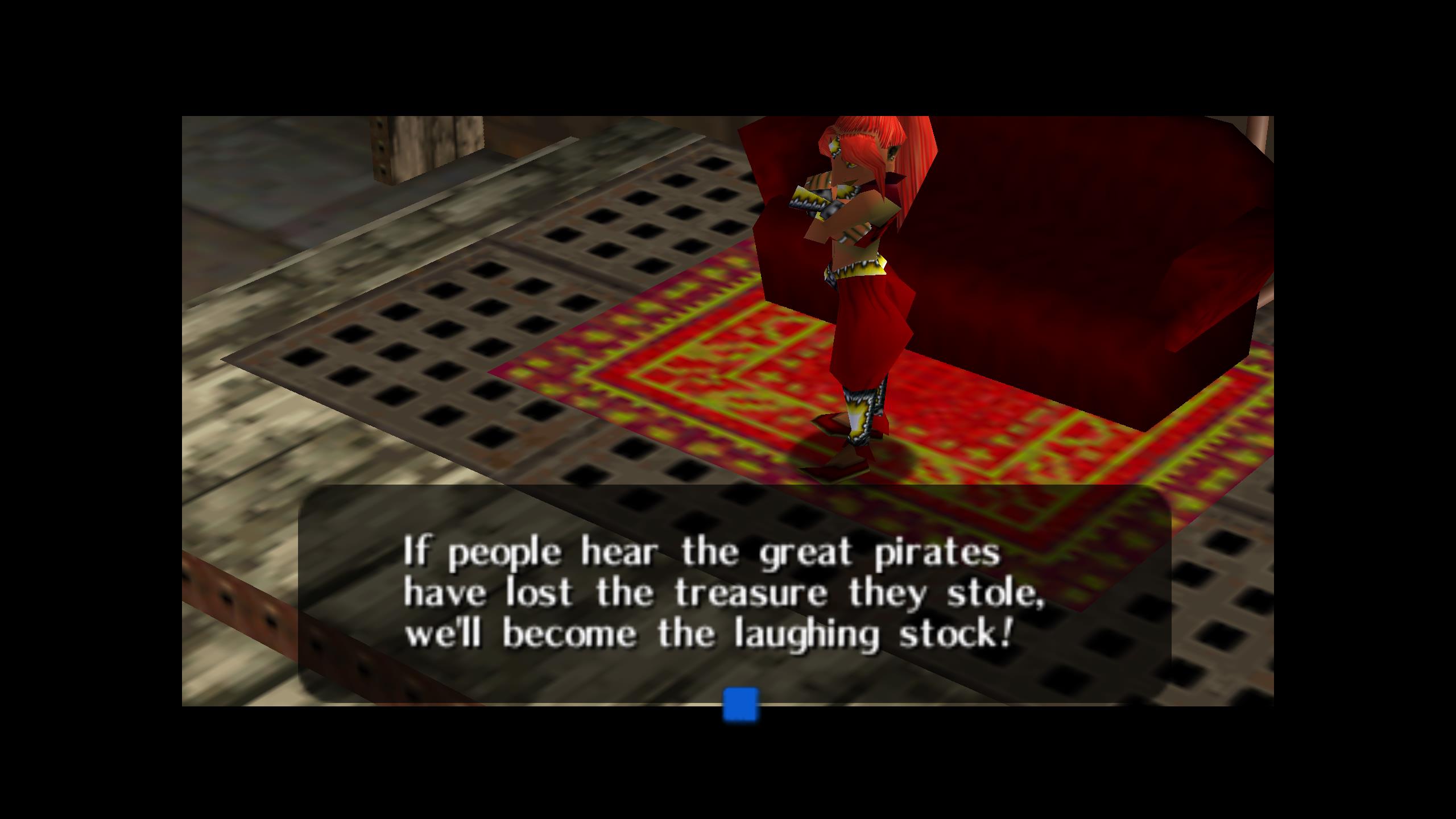 Oh yes, what a tragedy if someone were to overhear this. Good thing you don't have a secret spy window into your throne room. 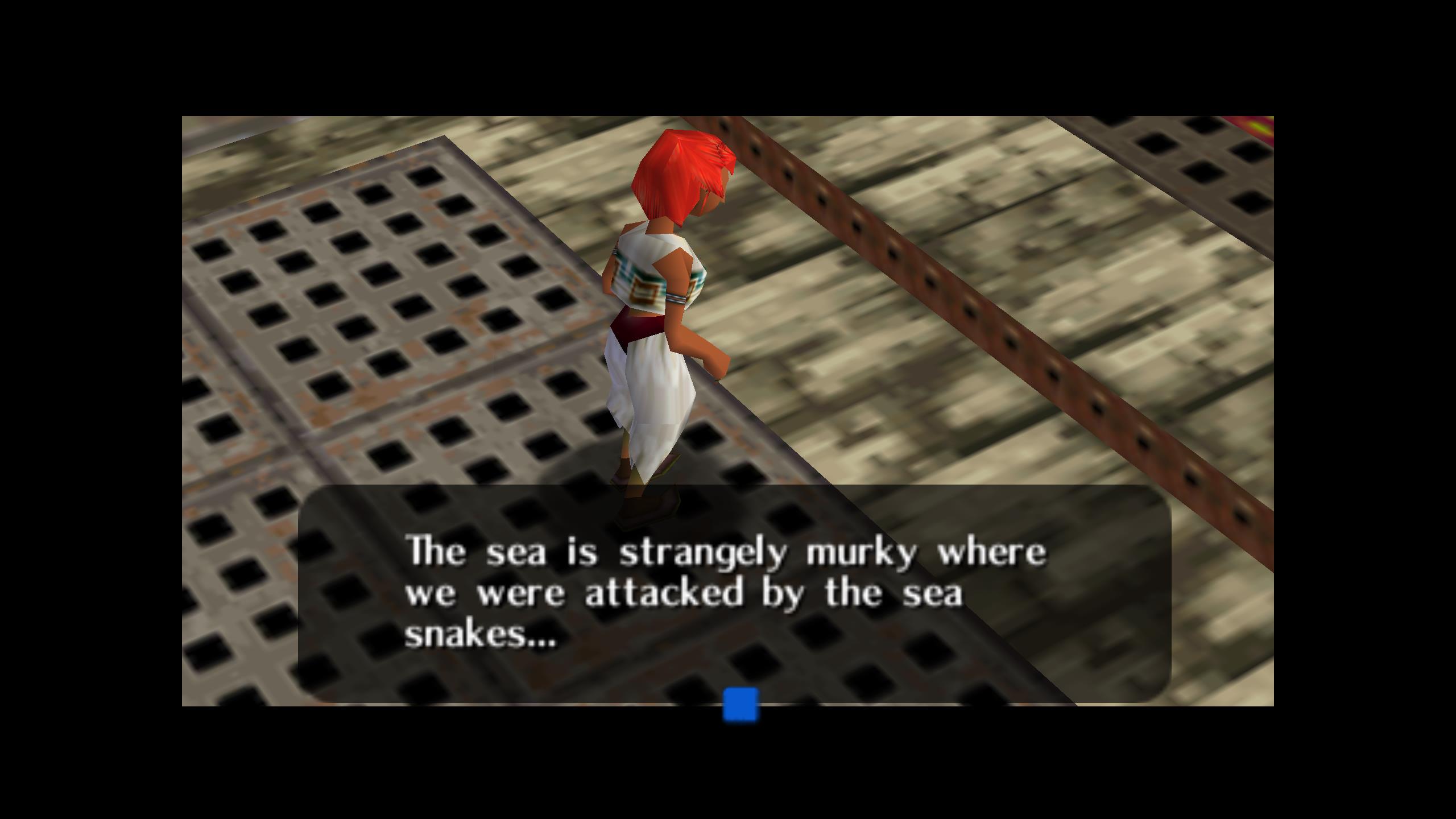 "we just get lost when there are no more signs in the ocean floor! It's weird! Who designed Lost Woods in the ocean?" 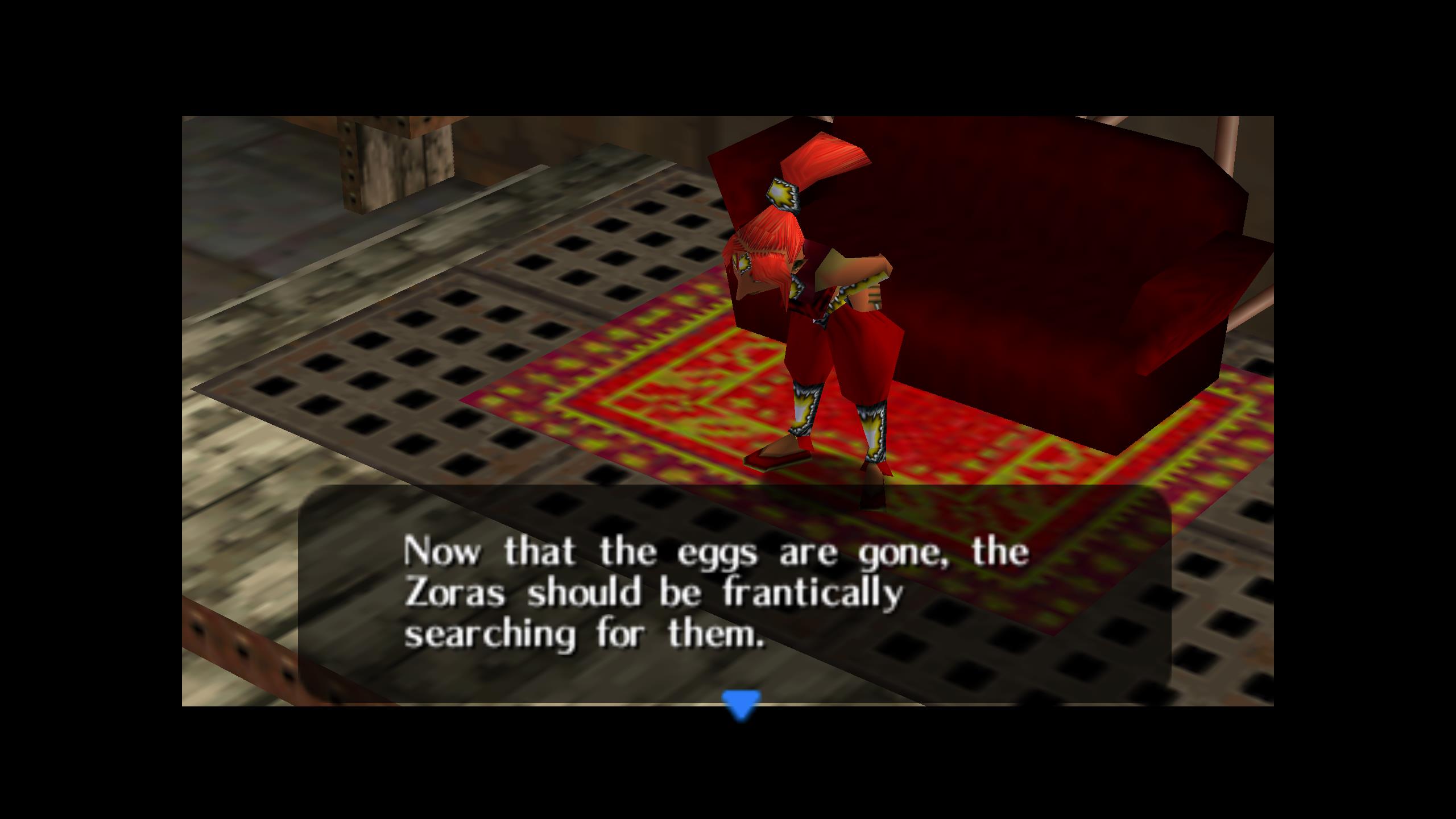 Not really. They sent me, a dead rockstar, to search for them. The rest of them are panicking. Really easy pickings, if you want. 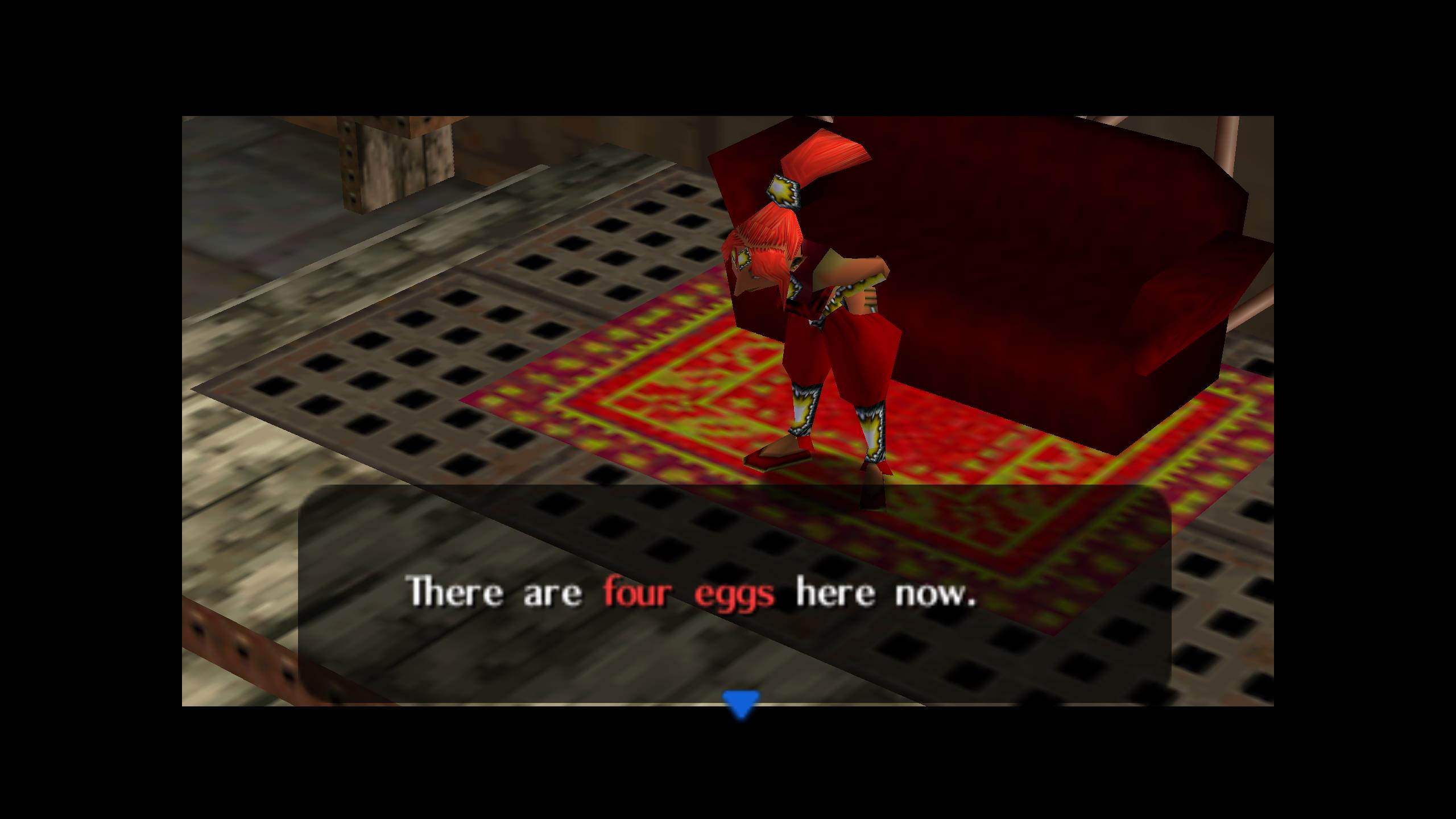 Oh? Kind of you to say. To this person, who undoubtedly already knows this fact. So I, unknown listener, can overhear it. 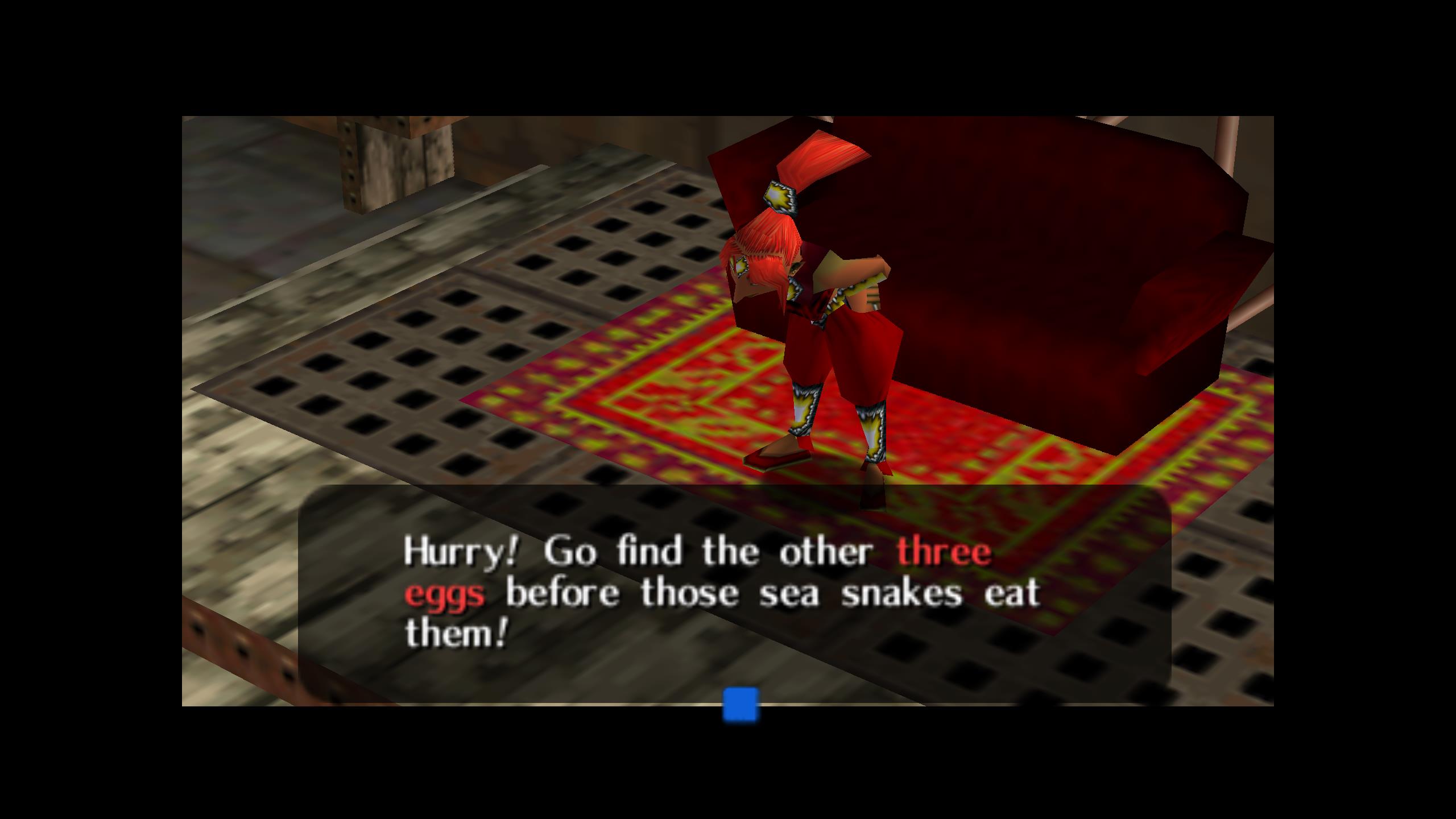 Wait. You still have 4/7's of the eggs? why bother with the last 3? Just sell the ones you have? Seems like they're worth a lot, right? 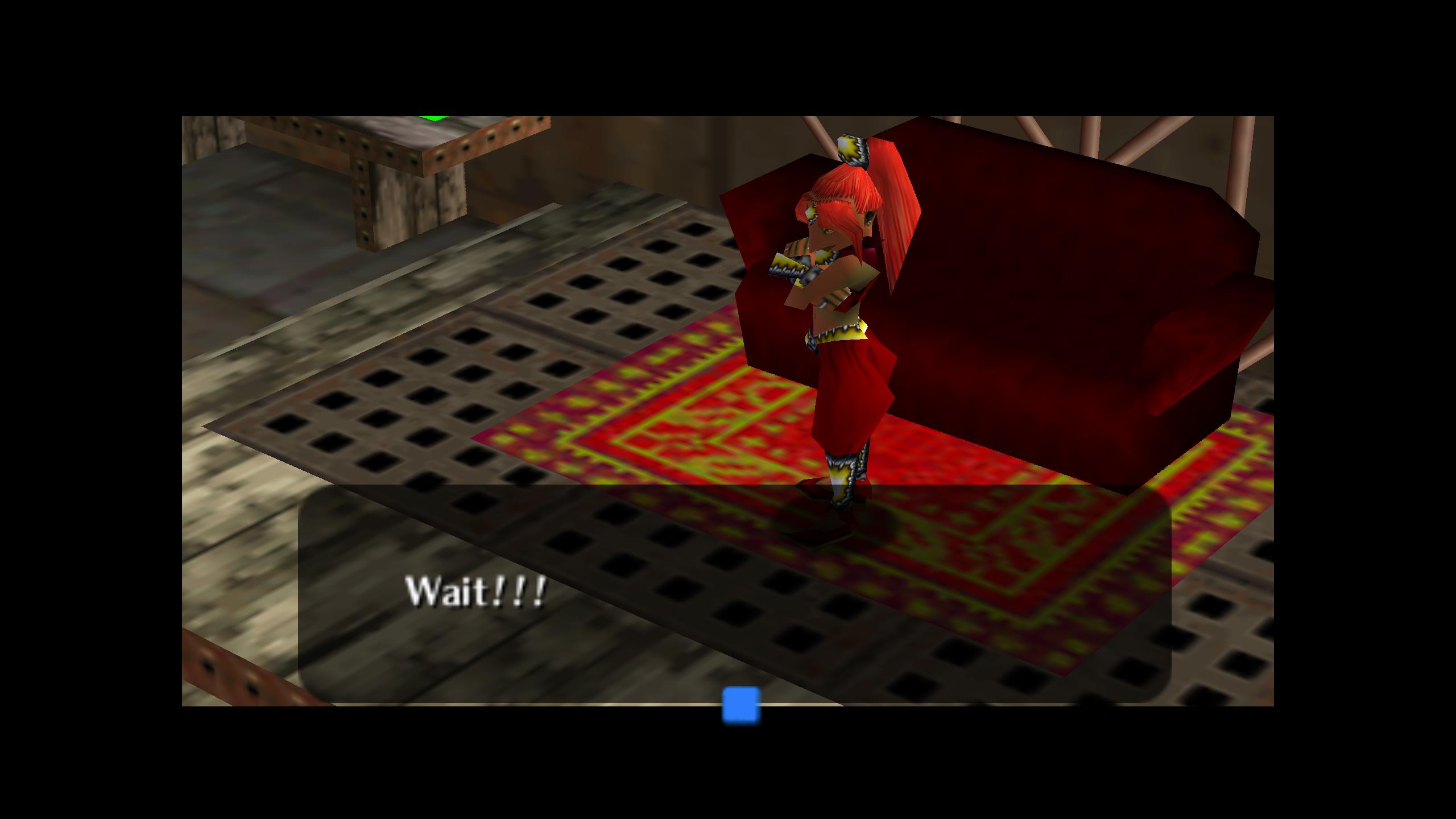 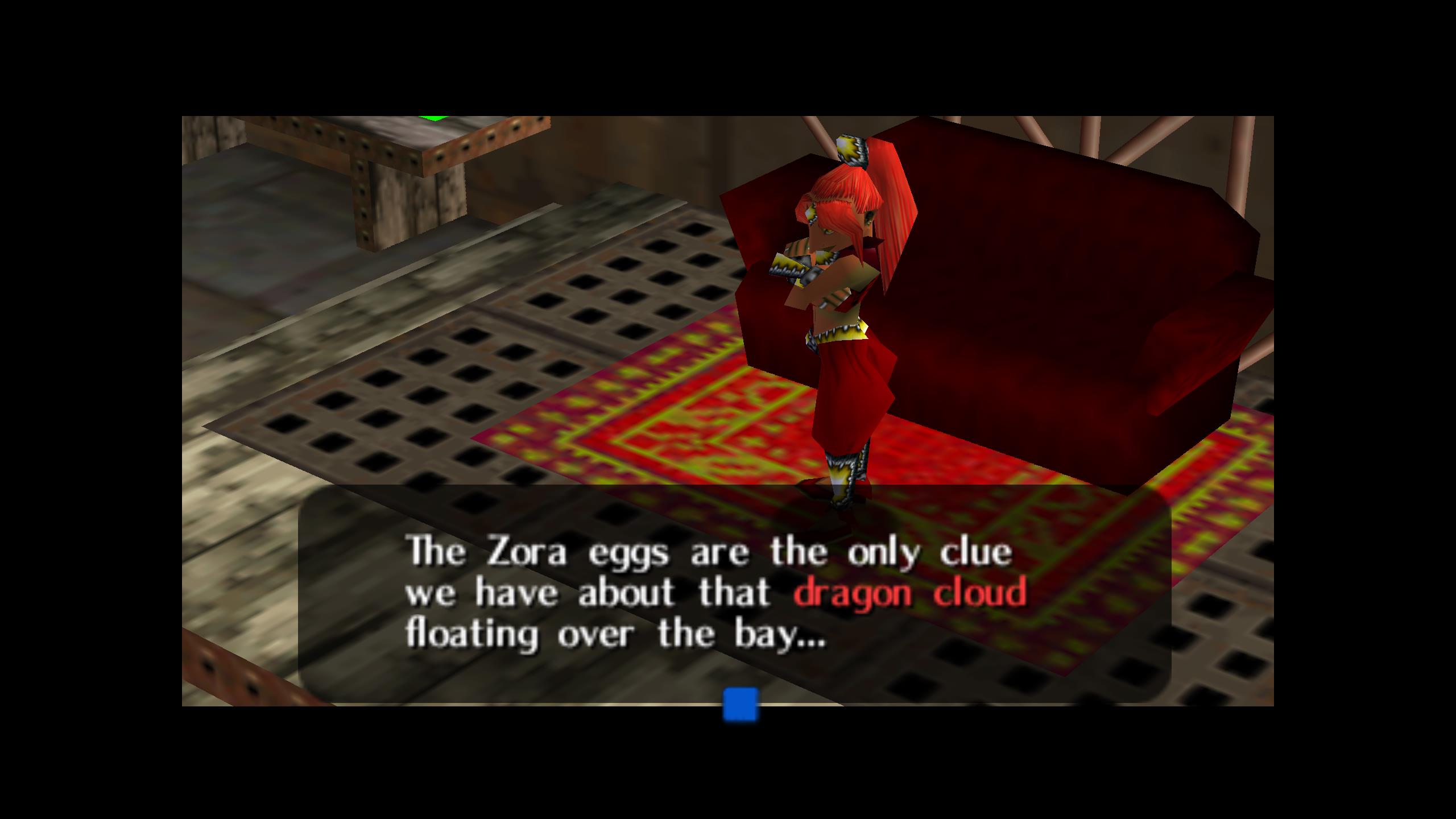 OH! The eggs are a clue! They're DRAGON EGGS. All the Zora are secretly Water Dragons! Or... they're protecting a dragon... or something. 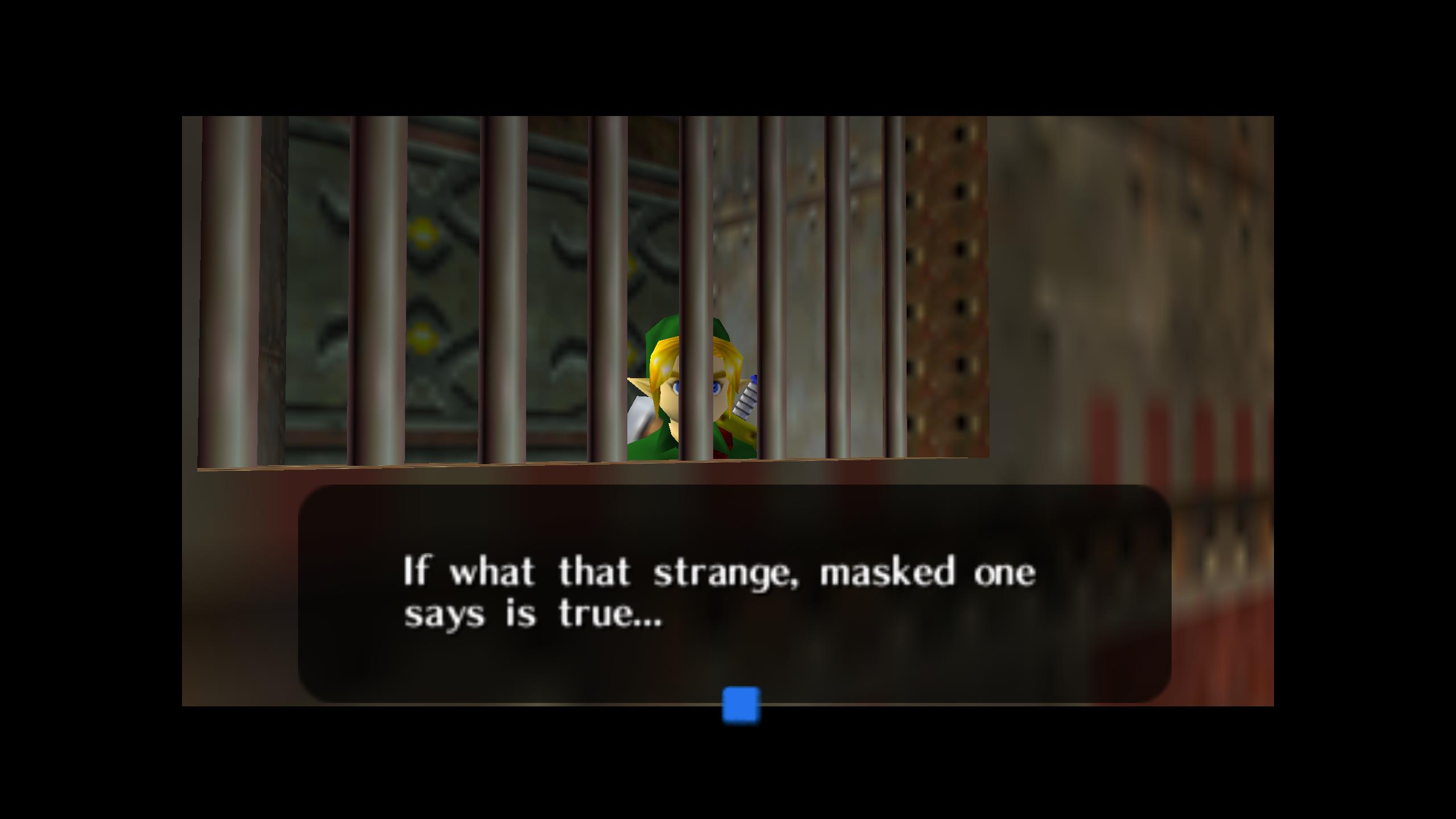 What did Skull Did say now? That he's throwing a separate party? That's going to be BETTER THAN MINE?? 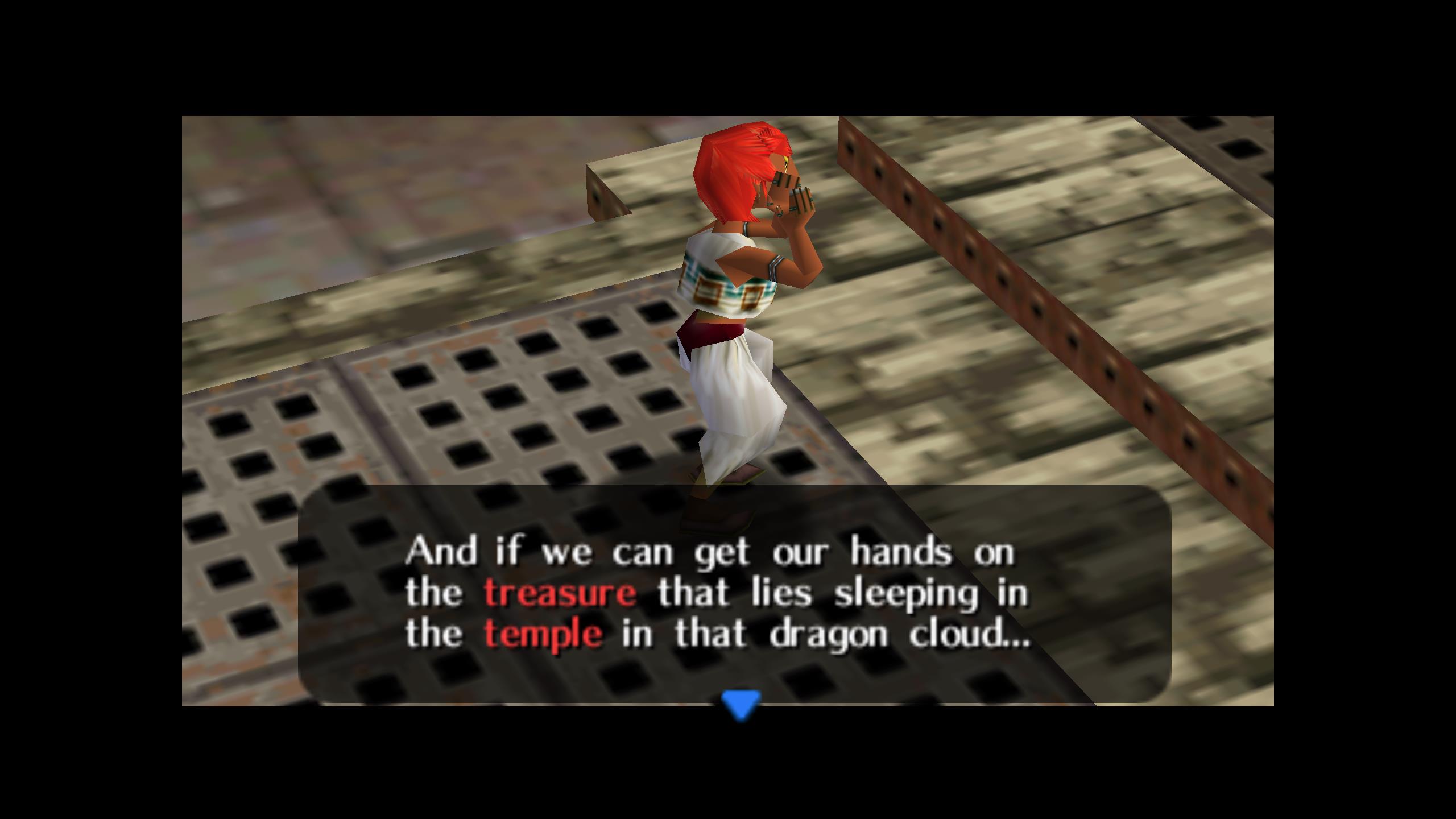 AND YOU'RE GOING TO GIVE HIM TREASURE TO FUND HIS PARTY?!!

He's going to have DRAGONS at his party?!

Oh no girls, the game is on. You're gonna regret you picked the worse party. Those dragons are mine. 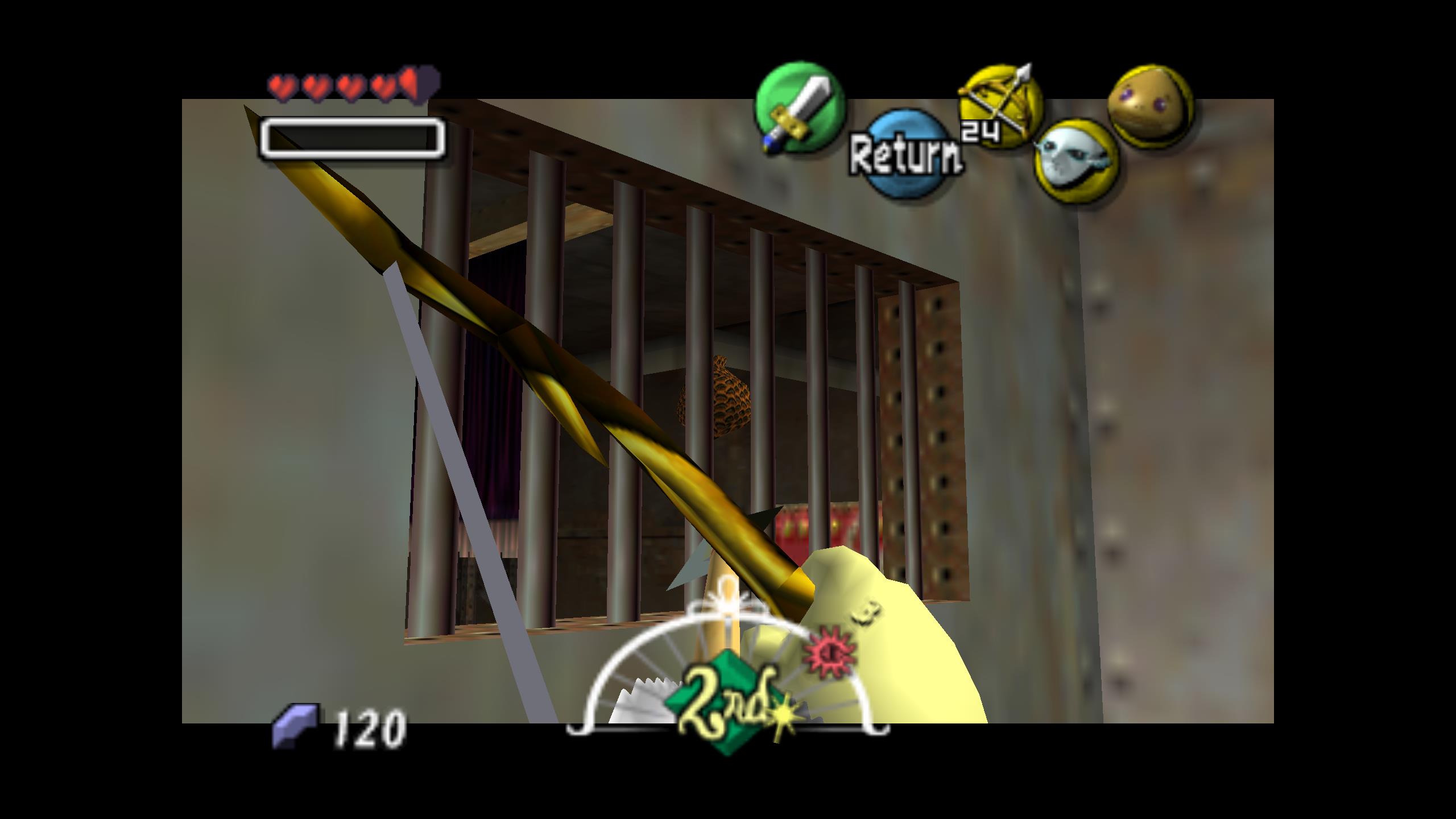 What a nice nest you have there. 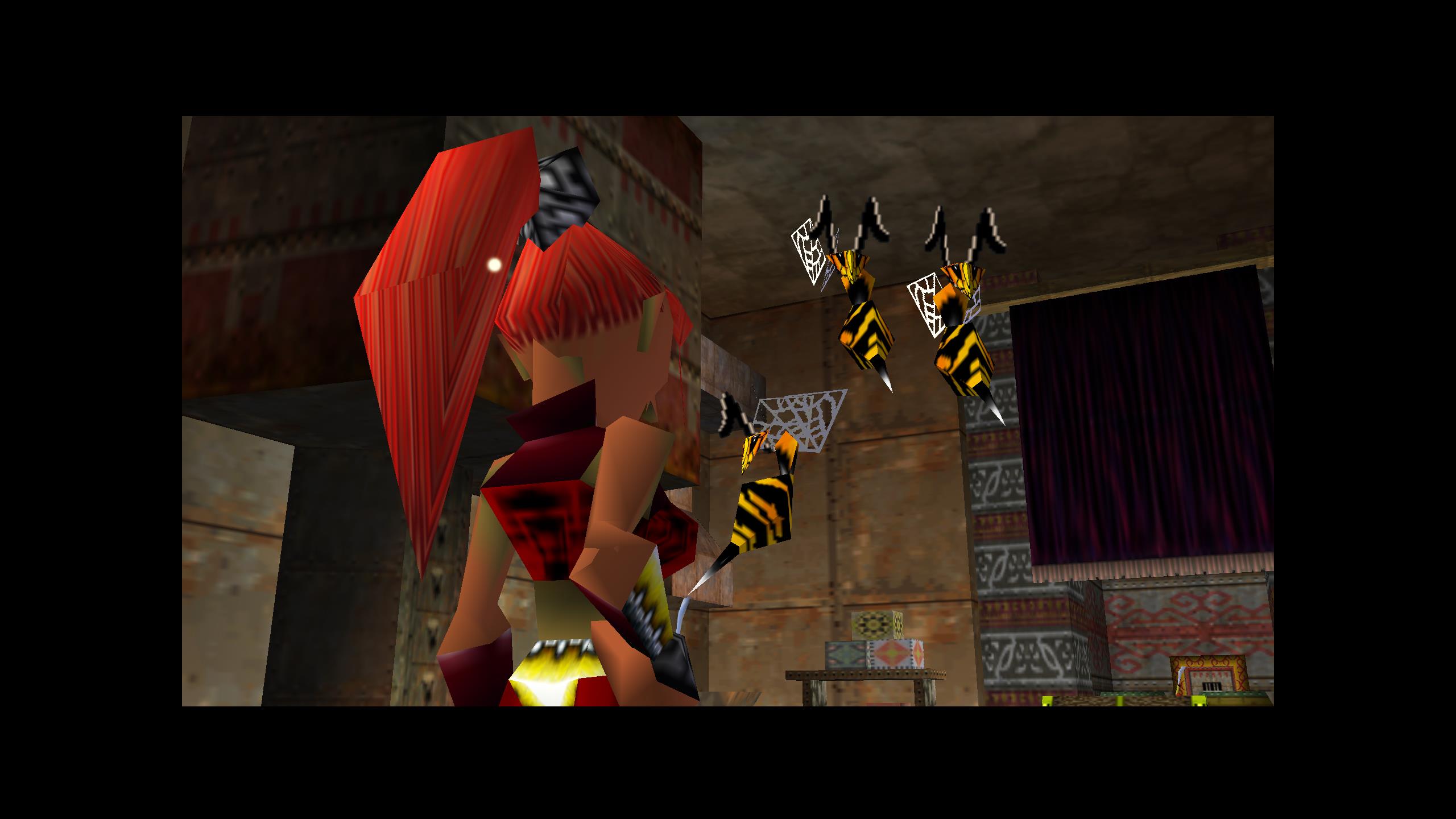 And they all run at the prospect of giant wasps, leaving me to wonder why they let them have a nest over their leader's throne. 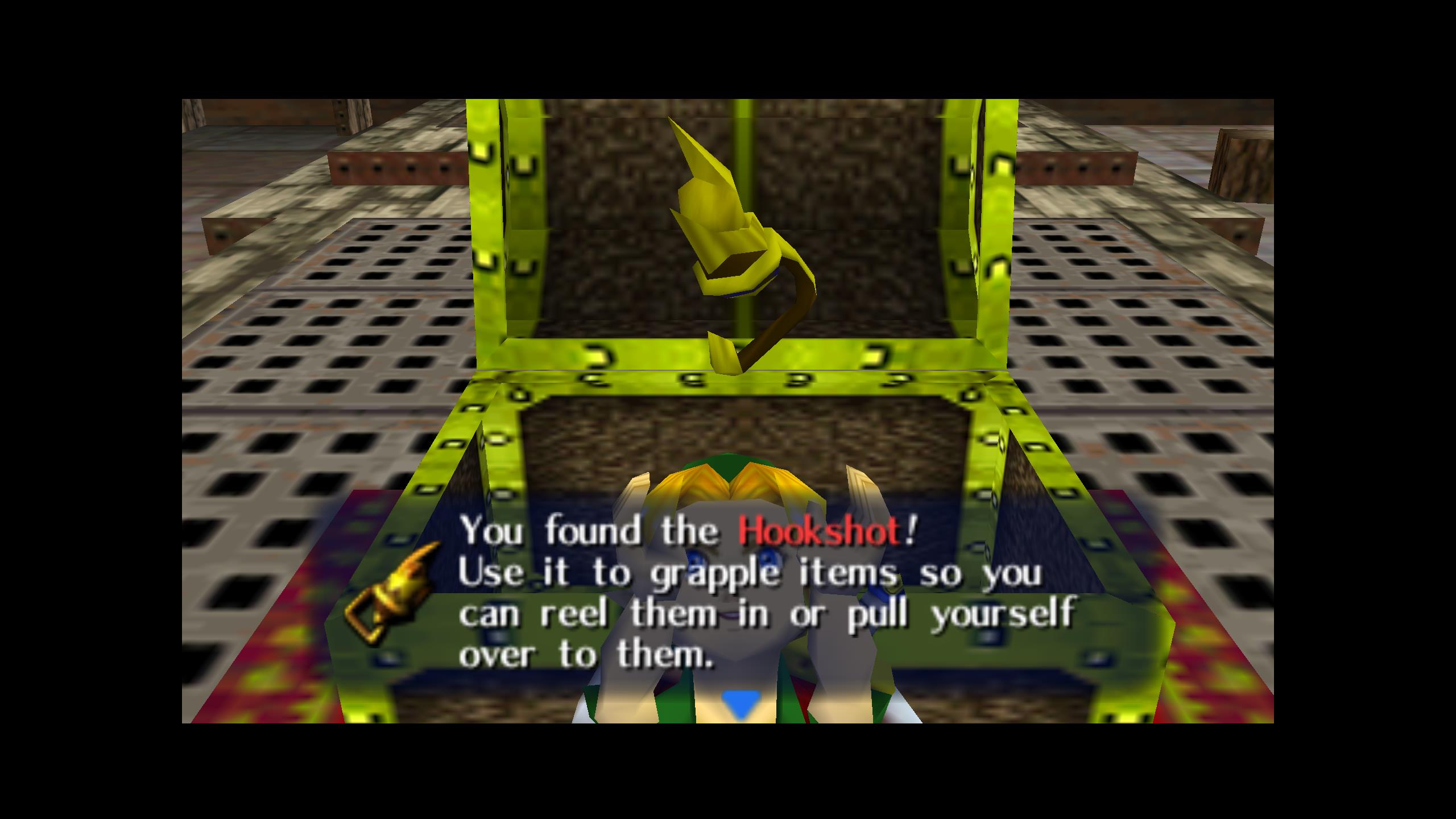 hookshot get! The Boy is BACK.

Next to the throne is a giant aquarium with a little white-and-blue obloid thing in it. 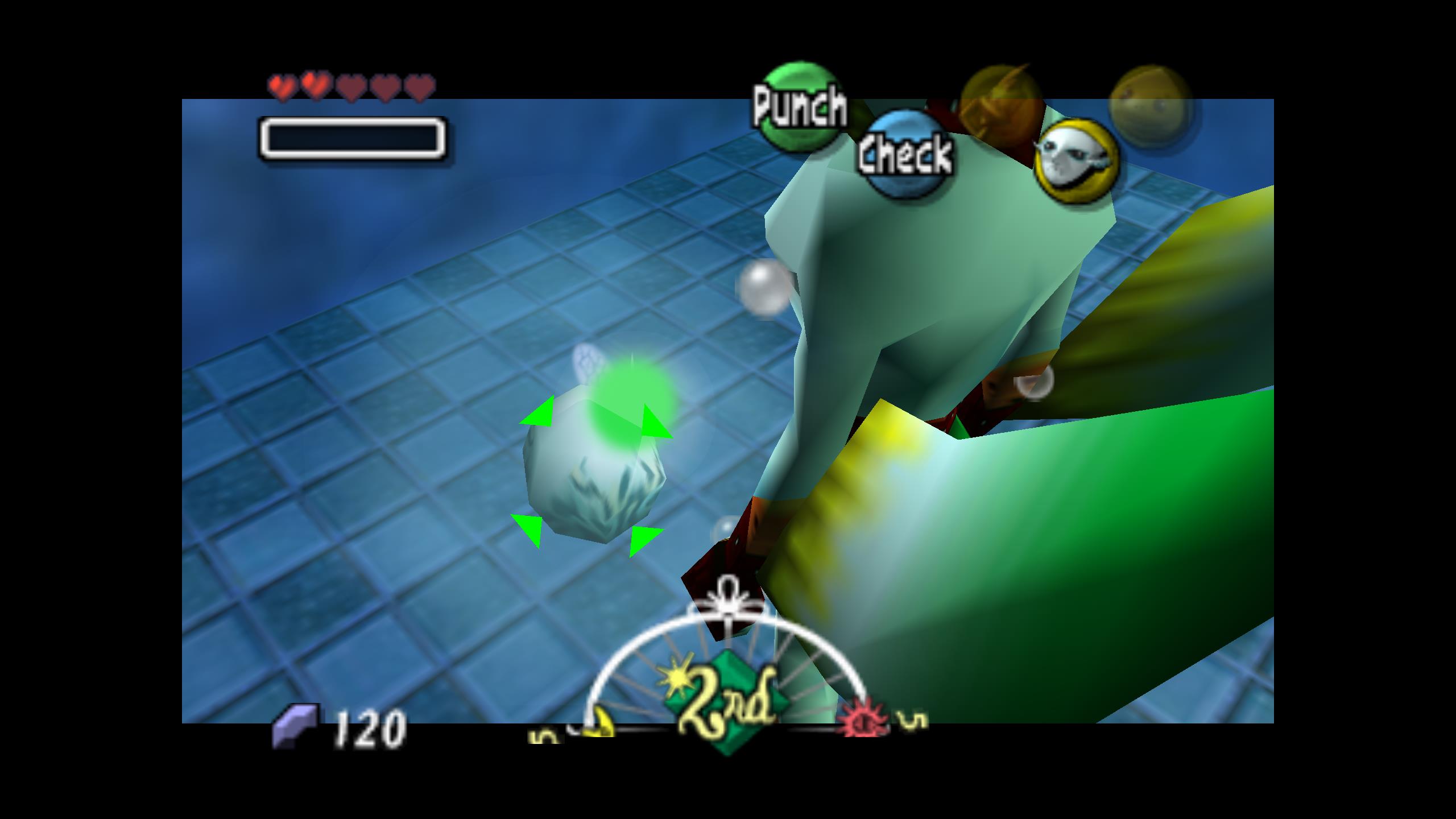 Neat, one egg down! Only... one problem. Link doesn't want to pick it up.
Even in fancy water-creature-rockstar-form, he's like "how do I carry this?"

To which I say... with your hands? With your video game inventory?

But no, Link will have none of it. 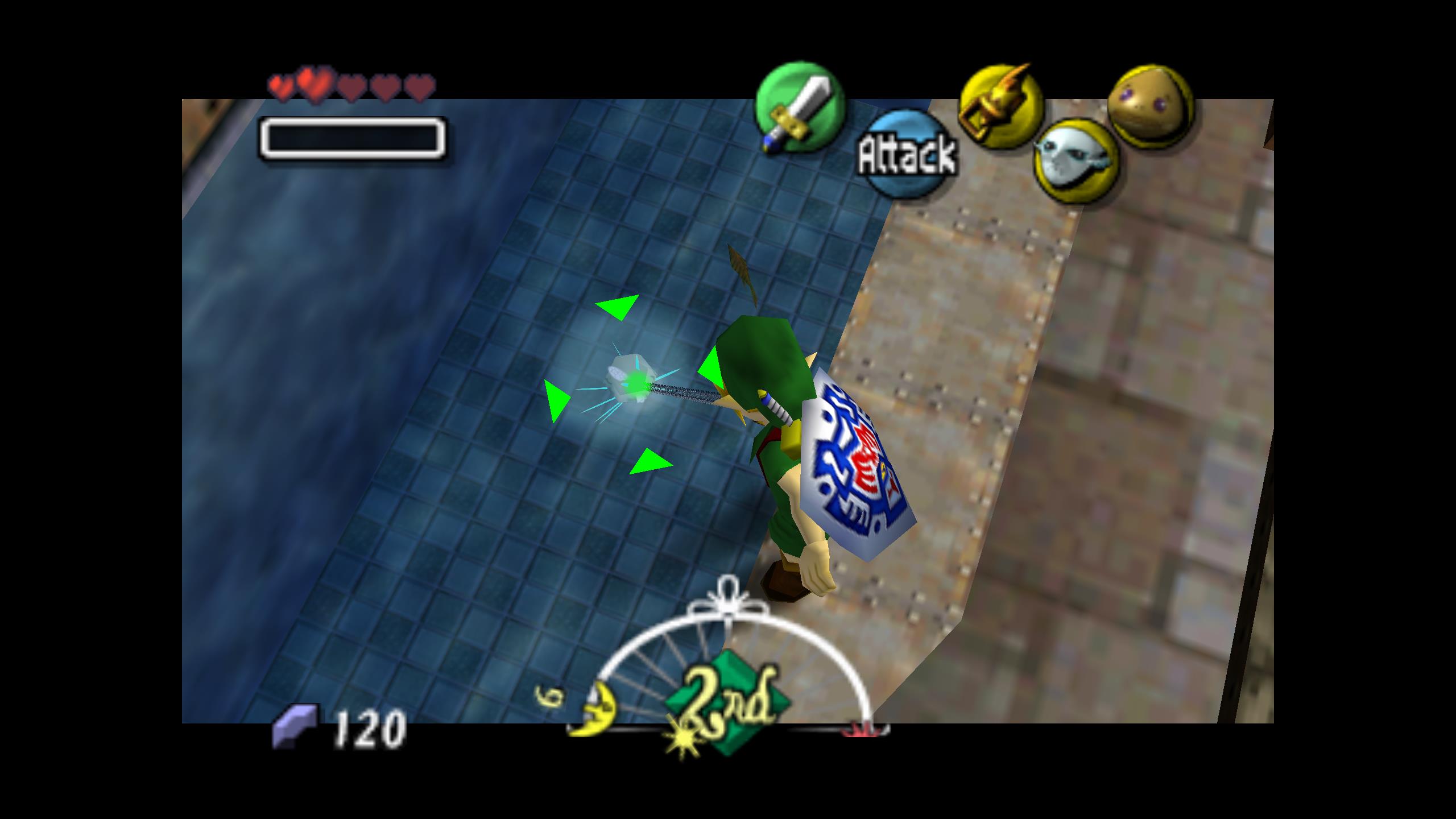 I also try hookshotting it to no avail.

Oh well. Maybe I need to do something else elsewhere.

But now that I have the hookshot, getting around the fortress is considerably easier, as there are all these grapple-points around the place, as if they used the hookshot themselves, and then promptly forgot about it.

There's this fun stealth section that I have to do a lot because of the fight right after it, but there I learn something kinda crazy.

The guard AI reacts to... sound?

Like, if I run around, they turn and look in my direction way more often than if I walk slowly around corners. It's wild. It's not like it's "good" AI, they just stop and look into a wall, but it's more than I was expecting, for sure.

I do a wee fight that I finally complete after some dying and there's this door. 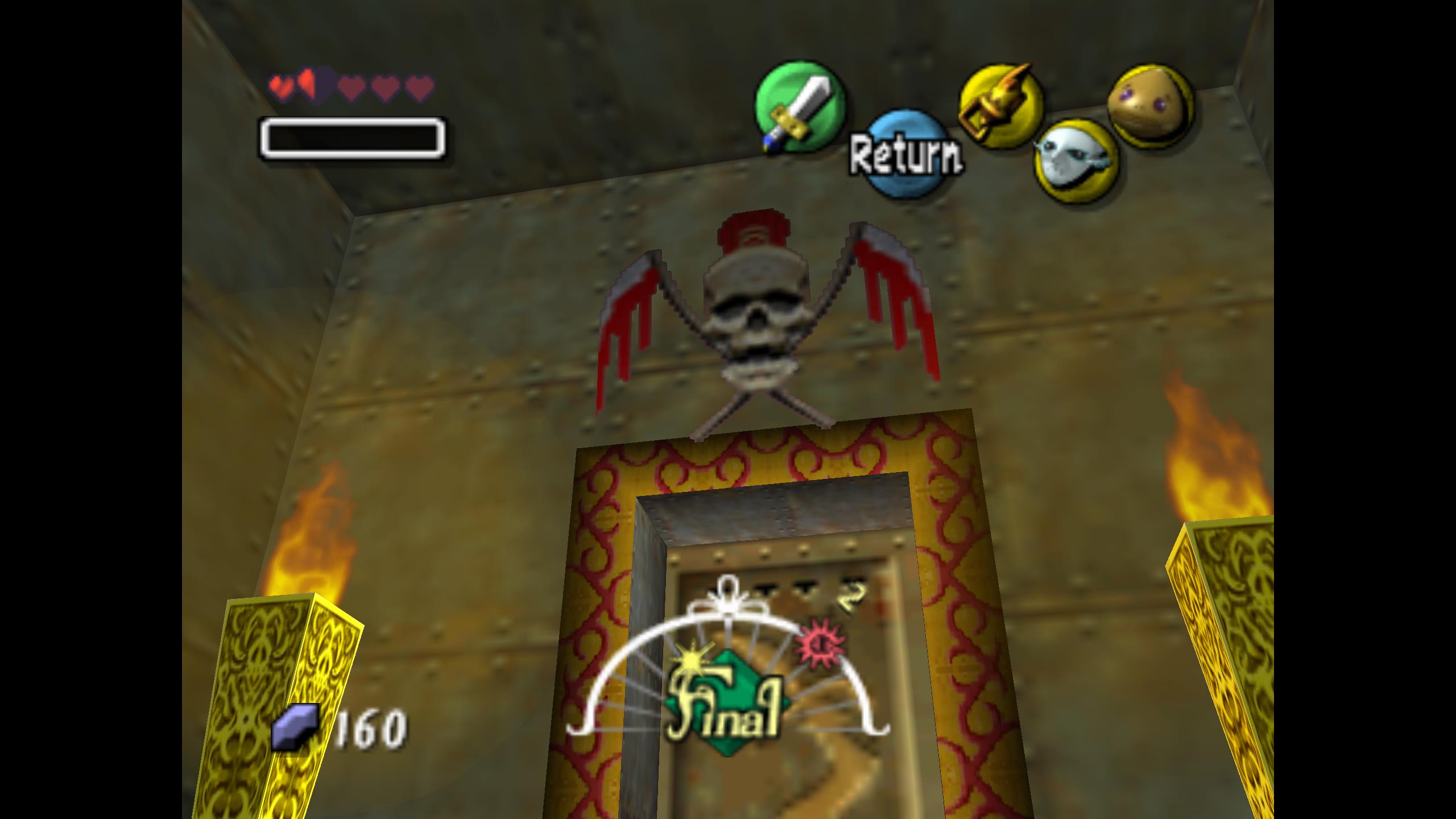 Which, if I didn't know any better, would assume was a big bad mini-boss door. Except I just fought a mini-boss and I still need to find 3 more eggs.

Because behind it, is indeed a boss, but of a different nature: 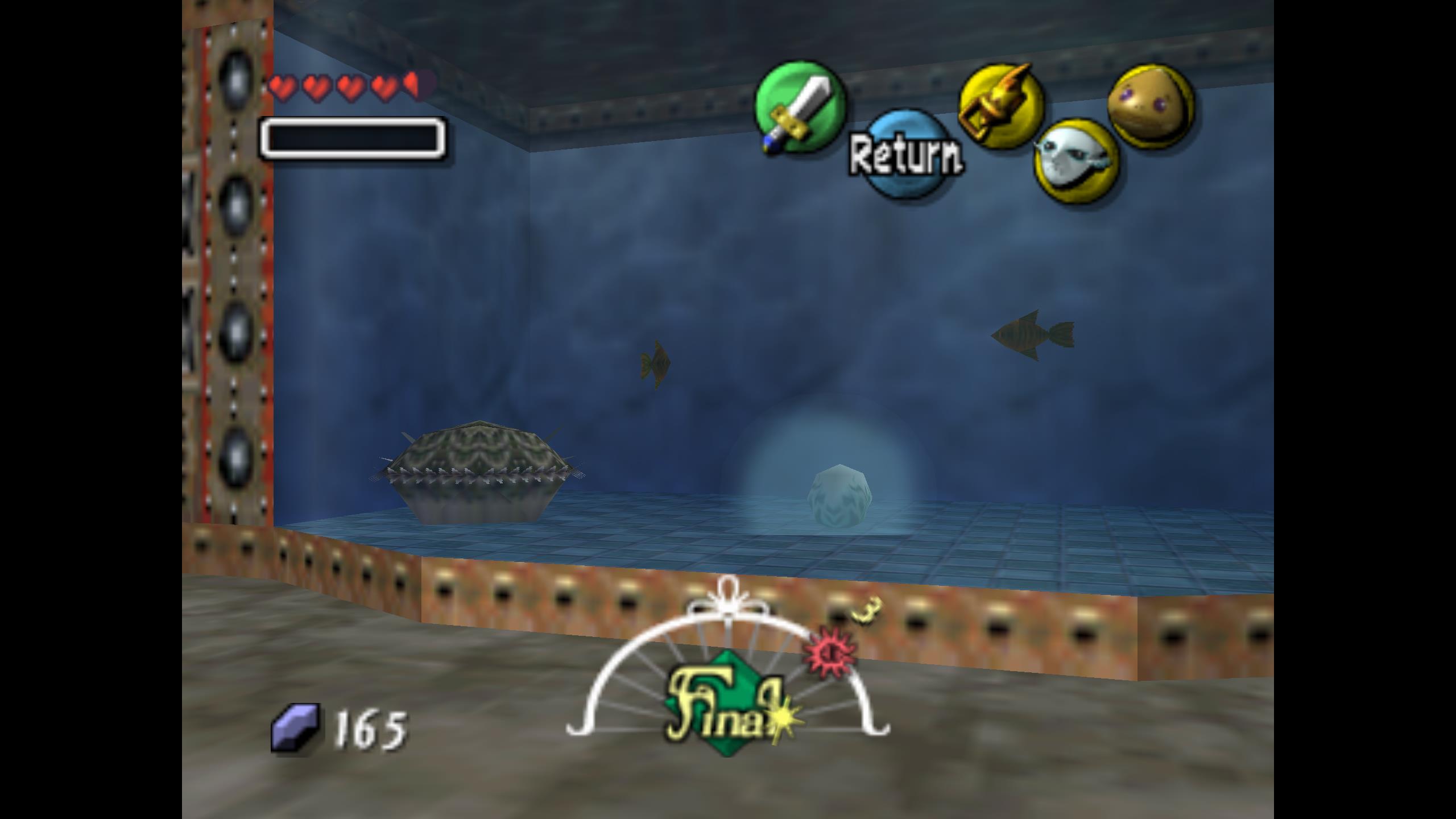 Okay, so. I suck at these puzzles. There's just something about these games and how they require you to think, that I just do not get. All I need to do is pick up an egg.

Like, every time these game presents me with a puzzle that's just "go pick up that egg" or "punch the big pillar to lower it" or "rotate the room" or "put the princess in the bottle", I just. don't. get. it. (Okay, that last one I'm kinda glad I didn't get, cuz oof).

Big stuff, like how to defeat Ganon, no problem. How to pick up an egg? Who the fuck knows. Ask a chicken.
I'm Link "Killer Instinct" "Longshot" Linkerson, you expect me to know how to CARRY EGGS?

And the best part, the solution is to: 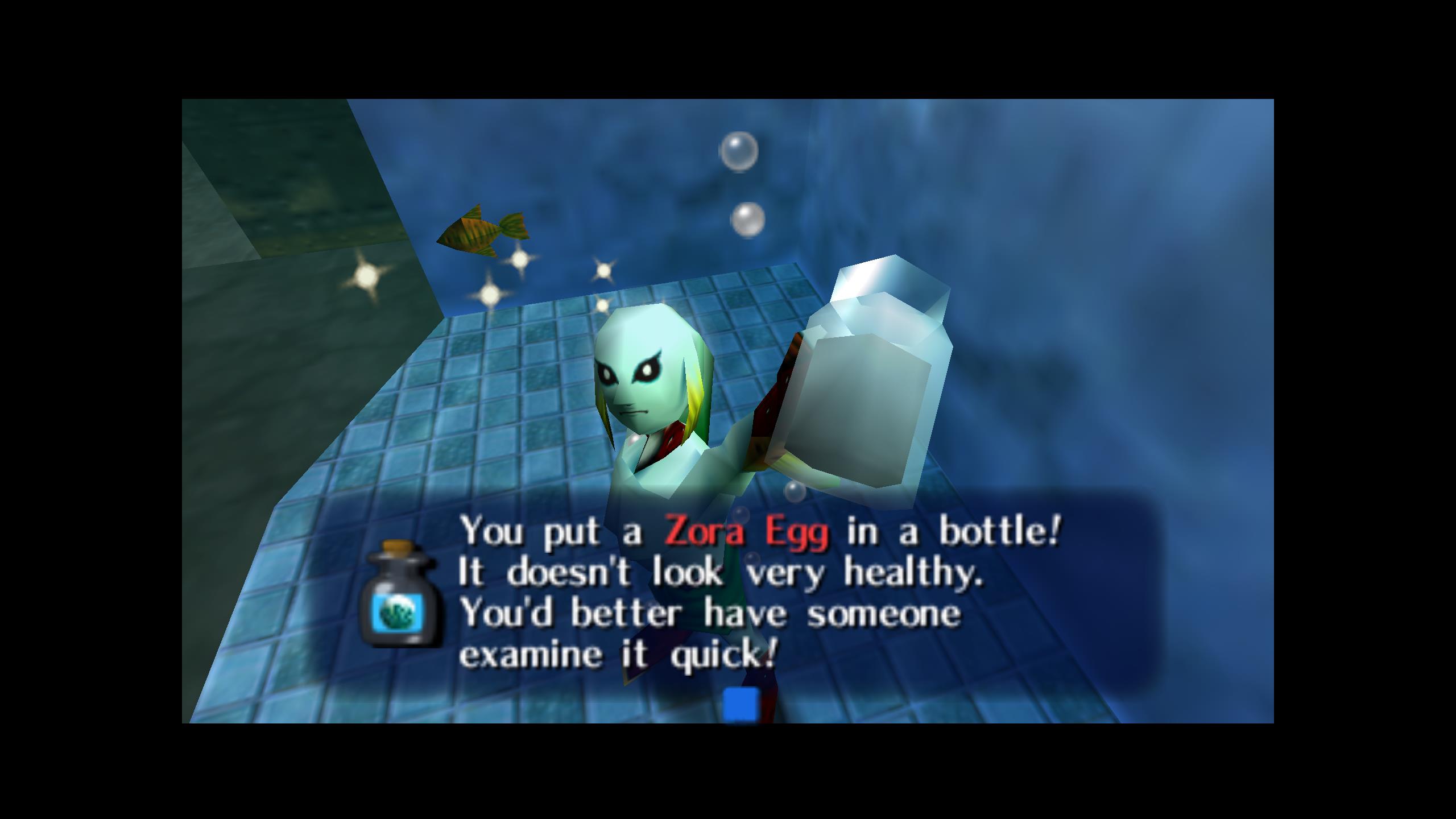 use a fucking bottle.

Which, okay, I guess, it's because they have to be in water. And that was the part I didn't realize until now as I'm writing this. So it does make some sense. But damn, I don't know, just tell me to use my bottles, game, instead of being all cryptic. Or better yet, JUST USE THE BOTTLE when I inspect the egg.
But I get it. It's an old game. It's fine.

Anyways, one egg down and back and get the other, when the screen begins to warn me.

It's night. on the final day.

And we know what happens to items in bottles on reset!
And to make it worse, there are supposedly 4 eggs in the fortress, yet I only have 3 bottles.

But we have one more thing to do before reset!

That's right, we got smut to give to a fisherman.

I soar back to the beach, run in his hut, go up to him and press the camera to show him the picture.

But... I think I pressed the wrong button, not realizing you can immediately take a picture by pressing another button than the one normally, and then it asks me if I want to save a nice picture of our big bulky fisherman friend.

And then the picture of the pirate is gone. 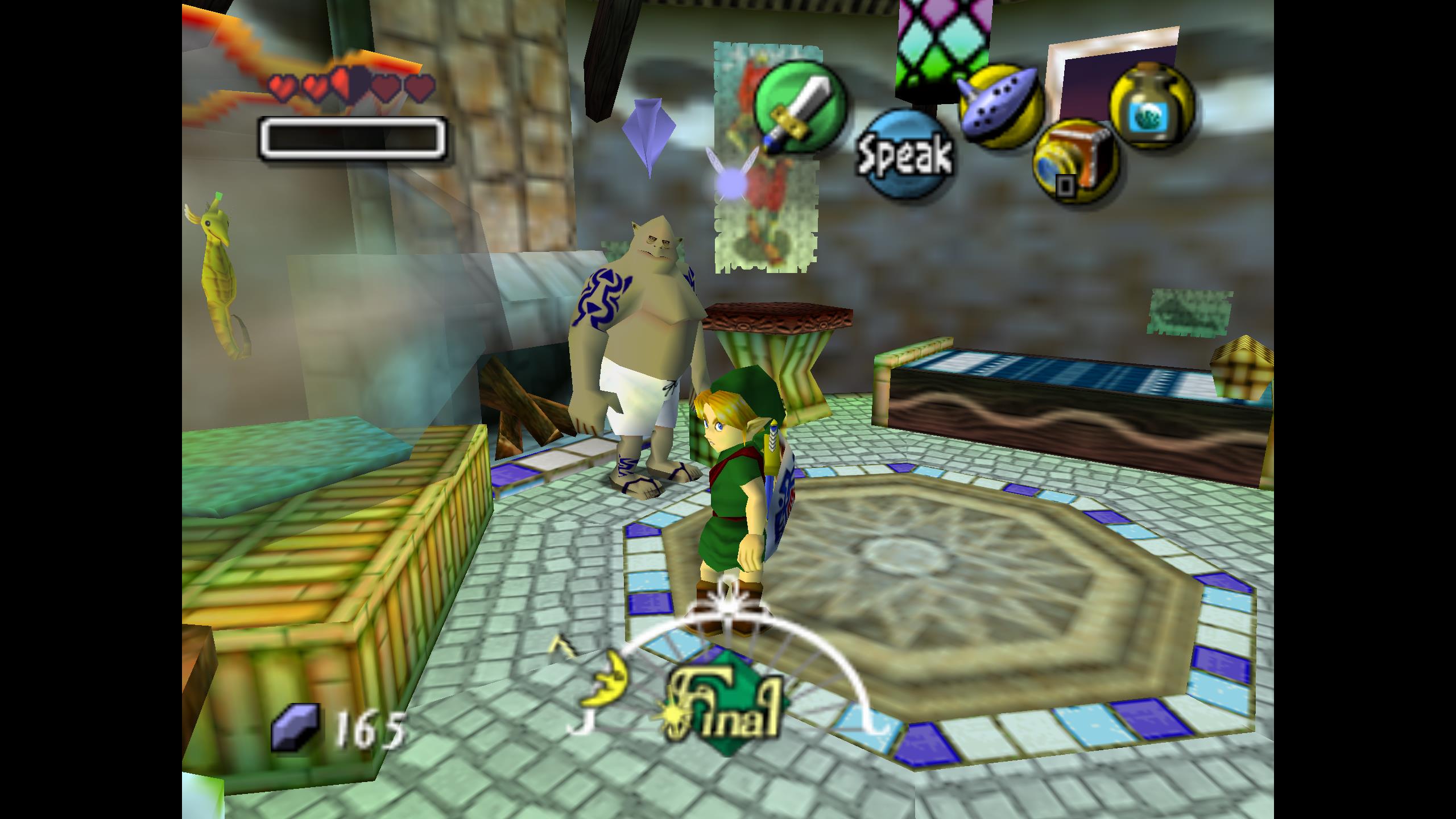 Yeah, I know Link. Stop looking at me like that.

Fuck it, I guess we're going back anyway. Rewind and sure enough, all the eggs are gone from all the bottles...

Does Barry eat the Zora eggs? Do they taste good? I hope so, at least, then he got a nice dinner out of it.

I go back, get my snapshot and my two eggs, then I look up what the hell I'm supposed to do with them before they run out again.

(Oh, and also, played the song to slow down time. I'm NEVER not doing that again when I'm dungeoning, don't worry.)

The eggs are going to the Marine Lab, out in the middle of the ocean, where a kind old man has set up a perfect aquarium with ideal water temperature for Zora eggs. Because he, not a Zora, knows that better than the Zora. 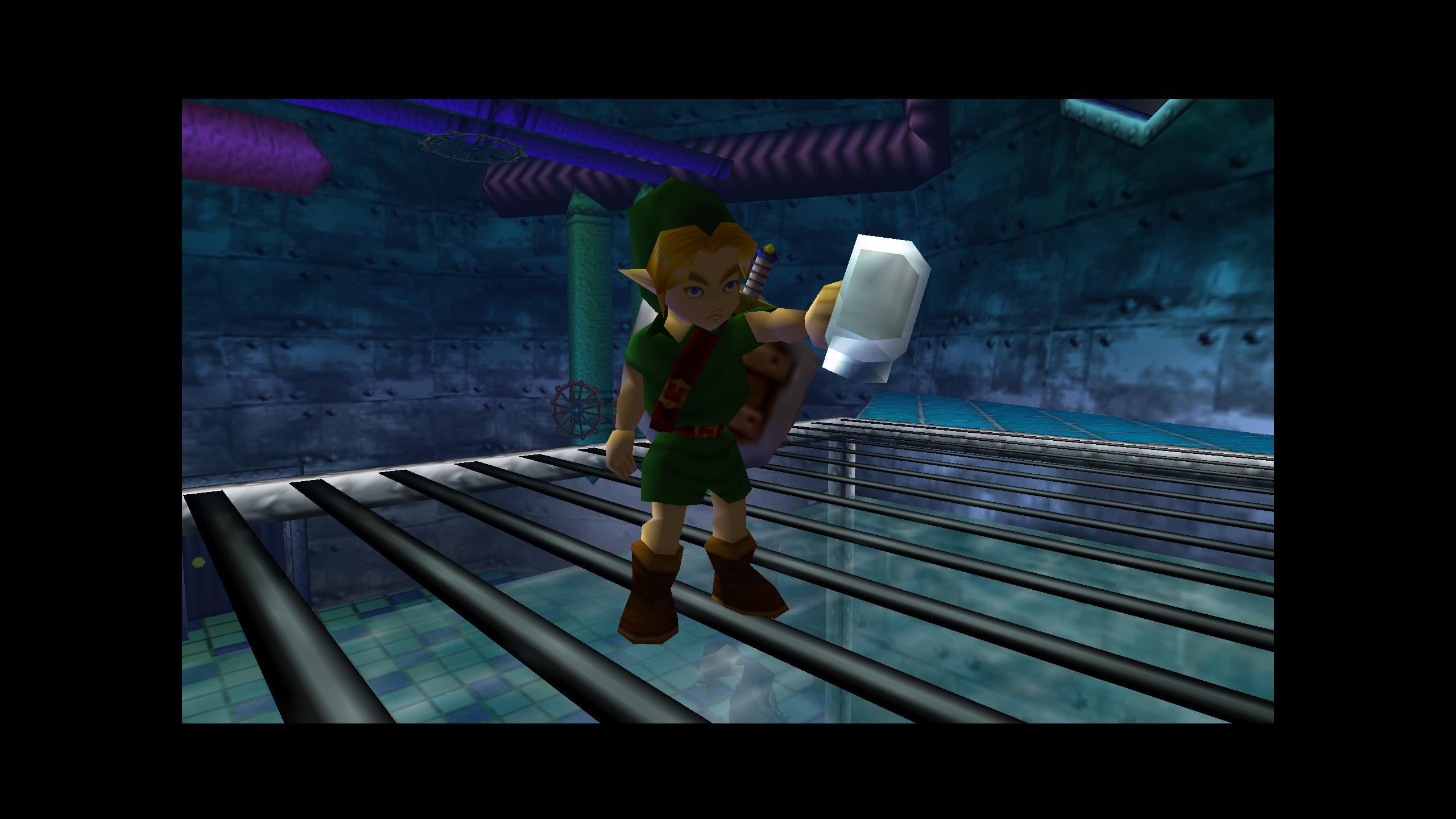 Link is real bored about this whole situation.

Or, soon to be fools, I guess. They're still just eggs.

That's it for today. Had a few too many setbacks to finish that egg gathering entirely. What a mess.

But we learned Skullkid is out there recruiting for a rogue party! We need to stop him. See you next time!